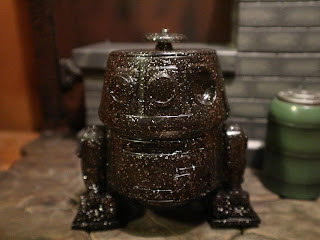 The March 2017 Smuggler's Bounty crate from Funko turned out to be one of the best they've ever offered. Not only did it include two Rebels themed POP! vinyls (Captain Rex and Darth Maul) but it also includes a Hikari Mini. This time it's Chopper and he is the second Hikari Mini I've owned (I reviewed my first Hikari Mini back in November of 2016) and while I'm not actively collecting them, I kind of like getting them in these crates. They kind of remind me of oversized, Star Wars shaped gummy bears. I think they're intended to pay homage to the Japanese Sofubi styled figures, meaning they're made from a softer vinyl than your average POP! vinyl figure. They also come in multiple colors packed at random. I've heard there is also red, orange, clear, and... yellowish? I received black, which looks really cool. Orange may have been the coolest, since Chopper is overwhelmingly orange, but I'll settle for this one, too. Let's take a short look at this guy after the break... 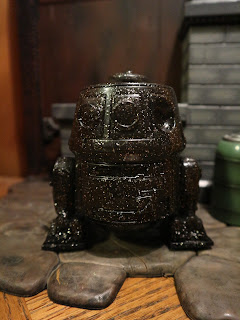 Non-Scalper Price: $25 dollars as part of the March Smuggler's Bounty crate which also includes 2 POP! vinyls, a t-shirt, a pin, and a patch. 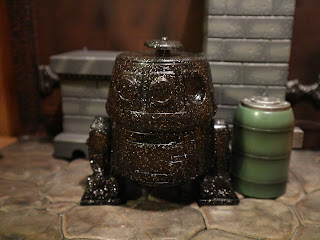 * It's tough to see due to the translucent plastic and the glittery sparkles all over, but this is actually a pretty well sculpted Chopper. Yeah, he's stylized and the sculpt is pretty soft (as is the vinyl; it's kind of squishy) but I like it. It's a very appealing look. 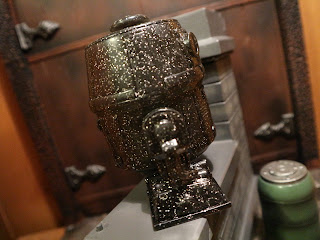 * Is this color not incredible? The black translucent vinyl with silvery sparkles looks great. While this is a pretty simple toy, there's definitely a wow factor when you pull this guy out of the box. I didn't know Chopper was coming, so I was doubly surprised. 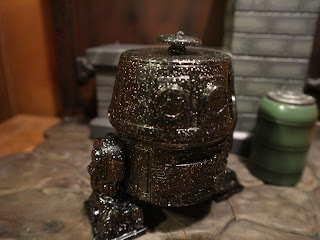 * This guy reeks! I mean, this vinyl really has a very strong, very unpleasant smell to it. I opened this guy up on Saturday night and this this evening, 5 days later, he still smells. If you need a few hits of that new toy smell, this is a way to get it. Yikes! 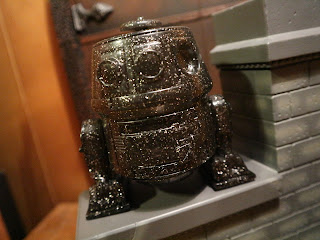 Chopper is definitely different and something that was a fun surprise in the box. He's not the most impressive collectible but the sparkly plastic is pretty appealing. Plus, I love Chopper (along with everything else Rebels) so I can't be too tough on the little guy. He's a Good and a 1/2 vinyl figure that definitely demands some attention. I just wish he didn't smell!

You know what? This is the first Chopper toy I've reviewed on the site. Heck, the only other Chopper item I own is a Christmas ornament, so it's kind of cool to have a figure of some sort to represent the little guy. If you're looking to check out another Hikari Mini, check out my review of the Rogue One Smuggler's Bounty crate's Darth Vader.
Posted by Barbecue17 at 3/22/2017