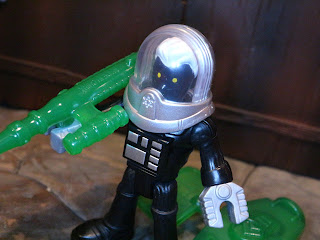 Recently I acquired all of the figures from the 12th series of Imaginext Collectible Figures from Fisher-Price and today I'm going to start reviewing them all. I'm starting off with what might be the coolest figure in the set: The Black Clawtron Robot. Series 10 and Series 11 both had figures based on the Fisher-Price Adventure People toyline and series 12 continues the pattern. Clawtron was a character from Adventure People and while Fisher-Price hasn't been 100% faithful to the vintage toy, this Imaginext figure is definitely recognizable. Let's check out the Black Clawtron Robot after the break... 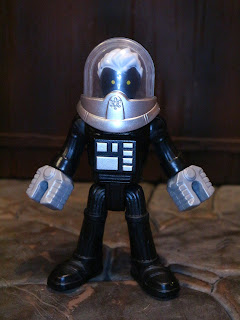 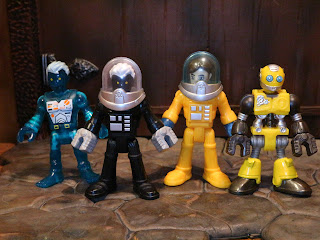 
* Clawtron is actually made up of repainted parts from multiple previous releases: The head from the X-Ray Alien (left), the body and helmet from the Astronaut Boy (middle right), and the claws that have been around since the series 1 Robot (far right). There are no new sculpted parts here at all. 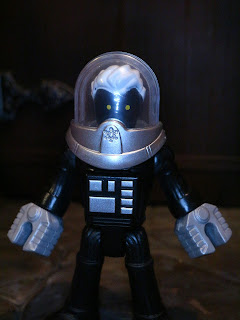 * The Black Clawtron Robot is pretty sharp looking. Black and silver always look excellent together and the black and silver here, combined with the spacesuit, make me think of Darth Vader. The paintwork is clean and there's a lot of cool little details. Of course, the silver claws are present as well. 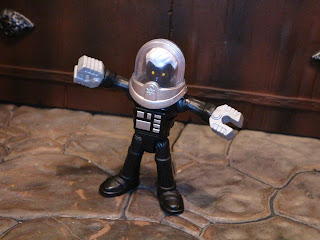 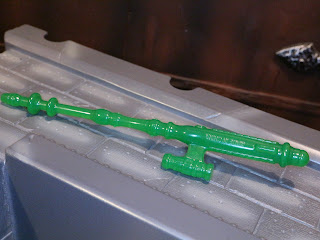 * Clawtron comes with two accessories, the first of which is a long, translucent green blaster rifle. It kind of reminds me of the rifle Princess Leia uses when in her Boushh disguise. It's insanely large but it works with the figure quite well. 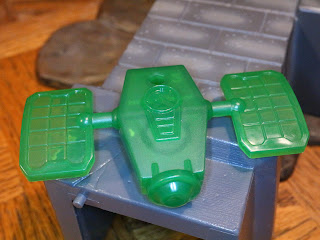 * Clawtron also comes with what appears to be a large green satellite. This is a rather unusual accessory as there really isn't a way for the figure to use it (is this reused from another set, perhaps?) but it's interesting and unique. 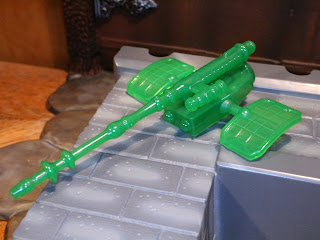 * Another cool thing about the satellite and the laser cannon are that they can attach together. The handle on the rifle fits right into the top of the satellite turning it into a mobile weapons system. 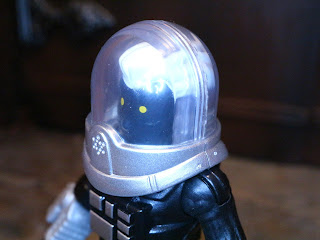 
* I really wish Fisher-Price has tried to better replicate the vintage Clawtron's head. They don't use the armor overlays much anymore and this may have been a great way to capture Clawtron's look. Also, I wish the helmet were removable. 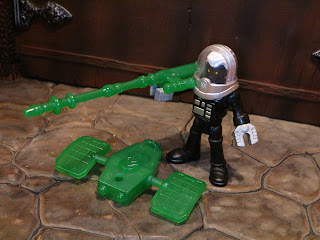 Of the six figures from series 12, I really think Clawtron might be the most interesting. Series 12 definitely feels a bit weak overall and seems to be a series with a lot of reuse. Fisher-Price releases the lines with a lot of reuse every so often, and this seems to be another one. Clawtron still looks rather cool and has a lot of accessories, so he's definitely worth tracking down for fans of the line. He's a Great minifigure and I'm sure Adventure People collectors will want to track these down, too. If you're looking for this guy look for the #59 stamped into the bag.

This is the first figure of Clawtron/ Black Clawtron Robot I've reviewed. For more Imaginext Collectible Figures, check out the following: