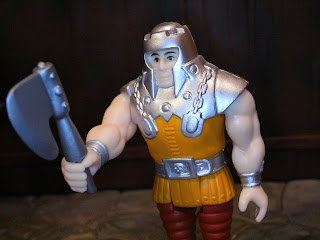 Today I'm checking out another one of the Variable Variants from Super7's Masters of the Universe ReAction line and this time it's the heroic human battering ram: Ram Man! I've already reviewed the standard Ram Man ReAction figure but this version comes in his mini comic colors from the vintage mini comic "He-Man meets Ram Man." Rather than being depicted with his red tunic and green pants, this guy's outfit is a mixture of orange and maroon. For some folks this will be an easy pass but for Ram Man fans and, of course, fans of the ReAction line who love the unusual variants, this is a pretty cool offering. Let's check out Ram Man (Mini Comic) after the break... 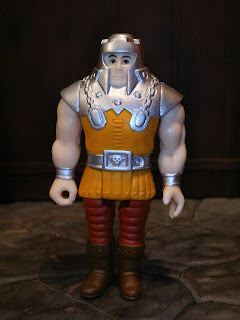 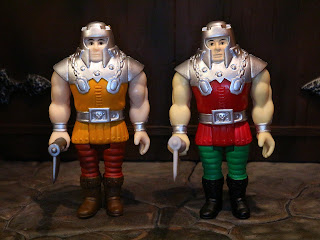 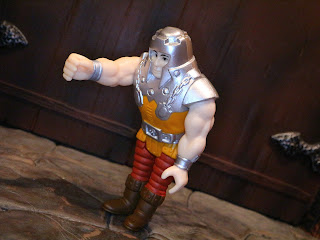 * Since this figure is a simple repaint, I'll refer you back to the review of the standard Ram Man for most of the details. I still like the sculpt and the articulation (he really does feel like a Kenner figure, or like you would expect a MOTU figure in the same style as the Clash of the Titans figures would feel). The paintwork is very nice and definitely helps this guy to standout from the previous release, too. 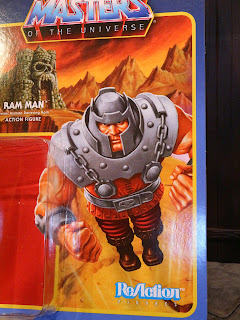 * The card art on this release is the same although the colors are different to match the figure included. To preserve the card I actually made a slit in the top of the blister so I can slide the figure in and out. It work great and allows the figure to be displayed inside and outside of the card. I've got mine hanging on a metal pegboard similar to what you'd see in a retail store! 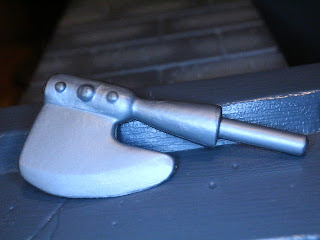 * I'm always a fan of Ram Man's enormous ax and Super7 delivers. It's silver reminds me more of the ax of the vintage toy than the ax on the standard figure. 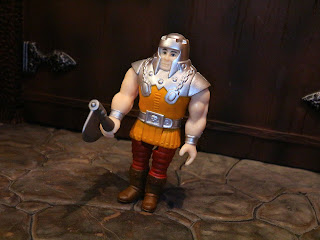 This mini comic version of Ram Man is still a Great ReAction figure. I like the alternate look for Ram Man as he definitely is distinct from the previous figure. He's one of the cooler variants from this miniseries of new variant releases and I imagine that he has his fans. The mini comic variants of the main characters always seem to be fairly popular. I still don't have a MOTUC Ultimate Ram Man from Super7 so, until I manage to get my hands on one, I'll be content with this guy.


If you're a Ram Man fan I've also reviewed the M.U.S.C.L.E. green Ram Man and the traditional pink Ram Man, the ReAction Ram Man, and the MOTUC Ram Man.