Jakks Pacific's World of Nintendo line has been one of my favorite lines since 2014 but now it seems that the line has morphed into something new. While the figures are largely the same, now the line is being labeled as Super Mario, seeming to imply that the line is going to be mostly consisting of figures from the Super Mario Bros. games going forward and ignoring the other Nintendo franchises like the Legend of Zelda, Metroid, and Star Fox. While that seems like a strange decision with the popularity of the Super Smash Bros. Games (not that Jakks has the rights to all of those characters), most of the characters I really want to see made by Nintendo are from the Super Mario Bros. franchise, so I'm not terribly disappointed. The series don't have a wave designation like World of Nintendo, so this one is just simply series 1 so far as I can tell. First up is the Fire Bro. originally from Super Mario Bros. 3. He's mostly a repaint of the WoN Hammer Bro but that's accurate to the games, so it works. Let's check this first Super Mario after the break... 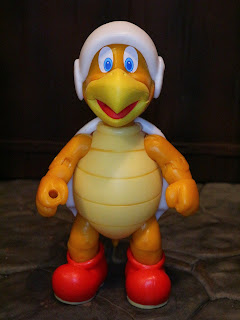 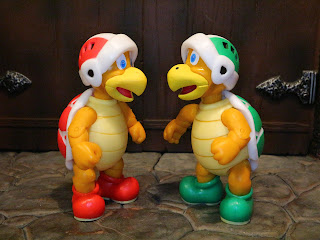 
* On the left is the new Fire Bro. while the Hammer Bro. from World of Nintendo is on the right. These guys are exactly similar other than the paintwork, so this review is going to be a bit briefer than others as there's not much new to say. 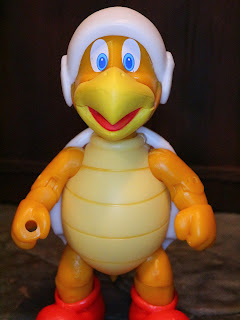 
* The Fire Bro. has a pretty cool sculpt. I feel like it just has to be tough to get some of the Nintendo characters to look "right" as three dimensional toys but Jakks has done a pretty admirable job overall. The overall shape, colors, and the little details such as the stripes on the plastron and the positioning of the limbs really help to make this guy feel like he warped right out of your favorite cartridges. 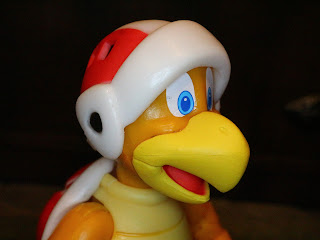 * The Fire Bro. has a really good headsculpt. The eyes are actually better than the Hammer Bro,'s but the helmet and shape of the beak are excellent. I love the open mouth! 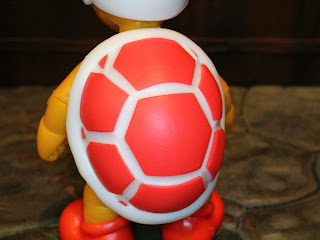 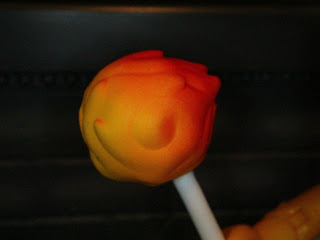 * While the Hammer Bro. came with a hammer, the Fire Bro. comes with a fireball. It's painted with orange, yellow, and red to give it a more interesting appearance. From memory, this is the first time we've seen something like this in the WoN or Super Mario lines. 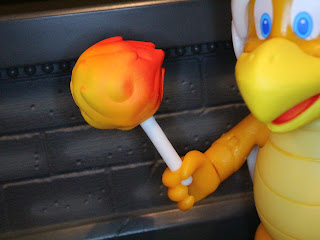 
* The Fire Bro. holds the fireball by a white plastic stick hanging from the bottom and, well, it looks pretty lame. Had it been cast in clear plastic the effect might have been better. As it is, it looks like a bit of a dud. 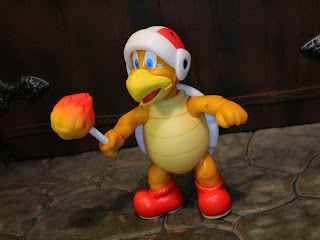 Being a repaint of the Hammer Bro. with a new accessory, the Fire Bro. doesn't bring too much new to the table as it largely has the same pros and cons as the previous figure. The fireball looks cool but I'm just not loving the white stick used to hold it. It looks unfinished and tacky. Still, it's always nice to have more enemies and I would like to see both a Boomerang Bro. and an Ice Bro. at some point, too. This guy is a Good figure and a nice treat for enthusiasts for this line. He's not a must have but is a clever repaint to help makeup for some of the figures that require a bit more new tooling.

For more of the Fire Bro. and his ilk, check out the World of Nintendo Hammer Bro. and the Hammer Bro. included with the Bandai Diorama Playset E.
Posted by Barbecue17 at 2/18/2019