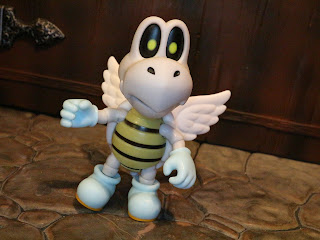 I've been slowly making my way through the first series of Jakks Pacific's Super Mario line, the direct successor to their World of Nintendo line, and today I'm on the fourth figure in the series: Parabones! I vividly remember first encountering Dry Bones in World 2 of Super Mario Bros. 3 and being very creeped out by them (I was young and they were pretty creepy back in the day). This version features removable wings and thus qualifies as the Parabones which first appeared in Super Mario 3D World. It's design is definitely based on the look of the baddies in newer games which definitely fits with the overall aesthetic of the line. Let's check out the Parabones after the break... 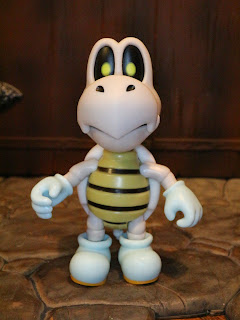 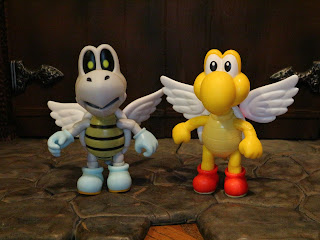 * Parabones is definitely based on the Paratroopa and Koopa Troopa from World of Nintendo. But looking closely at is I've realized the only reused parts are the wings and the shoes. I guess this time I'm using the comparison here to show how different these guys actually are even though they look the same. Nice work, Jakks! 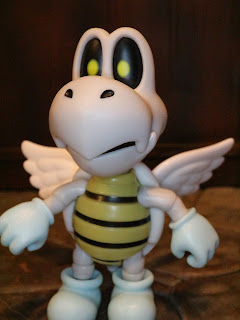 * As mentioned above, Parabones is mostly a new sculpt and he looks great. He looks exactly like the Parabones from the more recent games. I love Jakks' sculpting on these as they capture Nintendo's character designs so well! The paint work isn't bad, either. It's minimal but accents the sculpt nicely.

*The articulation is fairly nice, too. It isn't perfect but there are way more joints than you would imagine here. They're not all the most useful but there's plenty of movement to be had. 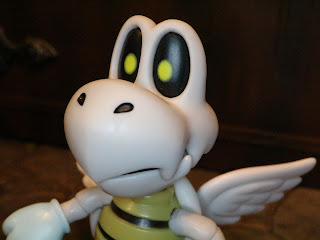 * The headsculpt is really fun and has all of the cool little details you'd except from a Parabones/ Dry Bones. The ghostly yellow eyes are excellent. 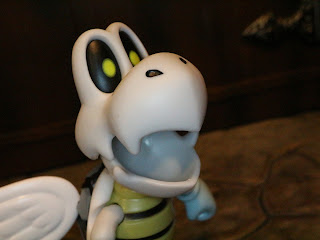 * I love the opening jaw most of all! It's hinged so that Parabones can open and close his mouth in an attempt to munch on Mario and it definitely gives the figure a lot of personality. 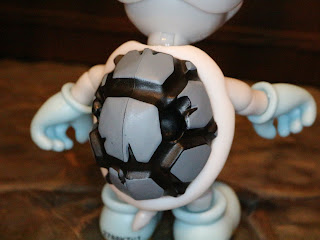 * Two things here: First, the wings are removable (just like on the Para Troopa) so that you can turn the Parabones into a standard Dry Bones. Second, the shell here looks old and cracked with some nice sculpted wear and tear. This could have been a simple repaint of the Para Troopa but Jakks went all out by giving this guy a new sculpt. 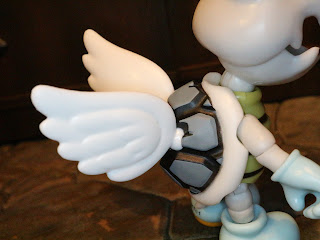 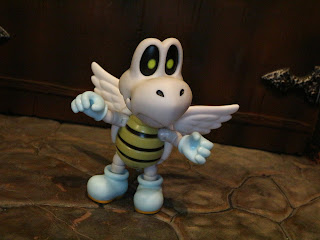 I've been pretty critical of some of the figures in the first series of Super Mario figures but Parabones is a real winner. He's a Great and a 1/2 figure with a great design, the ability to be two different troop builders, and the fun opening jaw feature. I really like this guy and he gives me hope that we'll see more cool, new figures from Jakks Pacific in the future. There are still lots of cool characters to be made!


This is the first figure of Parabones/ Dry Bones I've reviewed. For more figures from Super Mario, check out the following: