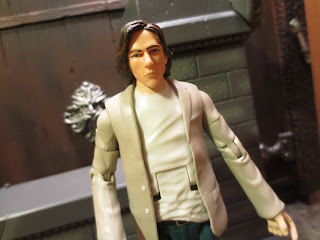 Today I'm checking out another figure in Mattel's DC Comics Multiverse: Batman v. Superman themed series of figures: Lex Luthor. Zack Snyder's Batman v. Superman: Dawn of Justice definitely made some changes and took some risks with reinterpreting characters and one of the most drastic just might have been Lex Luthor. While Luthor has almost always been portrayed as a powerful alpha male (the guy has been POTUS in the comics) BvS subverted that by casting Jesse Eisenberg, who gives Lex a very different vibe. He's more Mark Zuckerberg than Kenneth Lay. Of course Lex had to make his way into the toyline but while the more kid friendly received made-up versions of Lex in his Warsuit, the collector focused Multiverse line gets a more standard Lex. Is he a decent toy or something you're going to have to buy just to complete the Grapnel Blaster "Collect & Connect" accessory? Find out after the break... 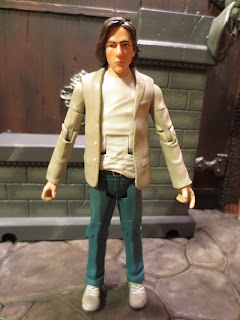 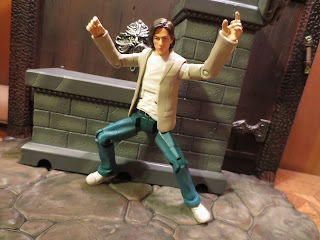 * Lex is about as articulated as your standard mass market 6 inch collector's figure which is a nice surprise for a guy in jeans and a sport coat. Overall the quality is pretty good and Lex feels pretty sturdy. There's one exception, which I'll mention below, but otherwise this guy isn't bad. The articulation reminds me of the DCUC or Movie Masters suited bodies. 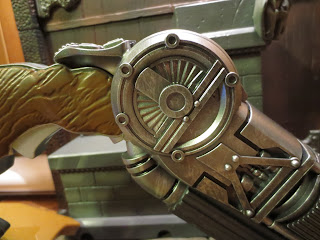 * To ensure that you buy Lex Luthor (and every figure, really) Mattel has included a fairly substantial piece of the Grapnel Blaster "Collect & Connect" prop with the figure. It's the main housing of the gun's mechanics and it connects the handle to the barrels. As soon as I track down a Wonder Woman I'm going to review this independently as it is actually very, very cool. To get another piece of this with this figure is a welcome addition. 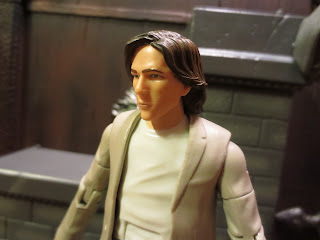 * I'm going to go out on a limb here and say that this isn't a bad portrait of Jessie Eisenburg as Lex. It's not perfect but I think if you handed me the head by itself and asked me who this was supposed to be, I could probably identify him within a couple of guesses. The expression is a bit more steely and cold than I tend to think of Eisenberg's Luthor possessing earlier in the film, but it's not terrible. 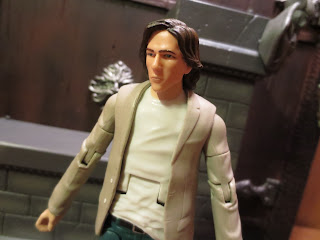 * The biggest thing that jumps out at me is that this figure is really just dull. Mattel went with a fairly dull facial expression (rather than a scheming laugh or something), dull colors, and no accessories. He's just a hard figure to get excited about! A facial expression or gesturing hands can make or break a figure like this and this figure shows virtually no inspiration whatsoever. 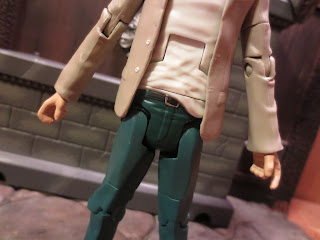 * Looking at this, I really think Mattel should have left out the mid-torso hinge/ ab-crunch joint and made the torso one solid piece. It just feels unnecessary with a character like Luthor and breaks up the look of the outfit. Furthermore, while I love the untucked shirt detail, it should have been connected to the torso and not part of the waist. That would have actually looked pretty nice. 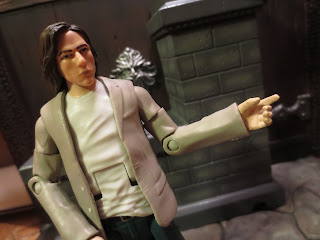 * Other than his BAF piece (sorry, I mean "Collect & Connect"), Lex comes with squat. Nothing. Zip. Nada. Anything would have been a welcome addition! Heck, he could have came with the kryptonite tipped spear from the film. That would have been a great inclusion, right? Or the painting from his office? 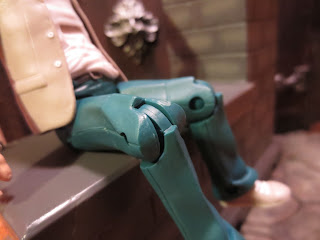 * As I was posing the figure I noticed that his legs above his knees are larger than below them, which made me think of the scene from Hot Shots where Lloyd Bridges talks about the problems with his pants. Not only did this look a bit off but it also seems to mean that the pegs aren't as secure at the knee hinges as you might think. This doesn't seem to really affect the knee stability much but it sure is awkward. 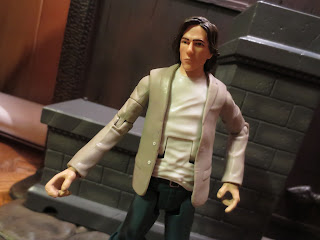 It's no secret that Lex Luthor here is a pretty "Eh" figure. He's just there. He fills a gap in the toyline (a legitimate villain) and adds a piece to the BAF. Of course, it has nothing to do with him being just a guy in a suit, as we often hear from some toy companies as an excuse for not releasing certain characters. Had this figure had some cool gesturing hands, a solid accessory, and maybe a better facial expression, he could have been great. As it stands, though, he is easily just there, and thus gets an Eh rating. Unless you're building the Grapnel Blaster, leave him on the peg.


I haven't reviewed any other Lex Luthor action figures on this site (I think the only other ones I own is a Lego minifigure, the armored DCUC one that came packaged with Skeletor, and the old Toy Biz one that punches himself in the head). I have reviewed plenty of other Mattel DC Multiverse figures though, including: