Action Figure Review: The Godfather from WWE Elite by Mattel 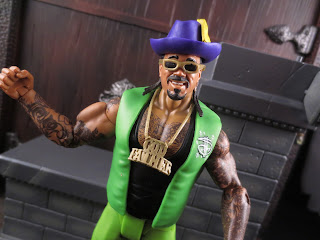 As part of WWE Elite series 39 Mattel invites you to light a fatty for this pimp daddy from the red light district: It's the Godfather, baby! Released as a Flashback figure in series 39, the recent Hall of Fame inductee the Godfather (real name Charles Wright) was one of the many memorable figures from the Attitude Era who now struts his way into the Elite series. Looking at a character like the Godfather, it's almost impossible to imagine someone pulling off this gimmick in the current era. People would freak out! The guy was a pot smoking, ho train leading, pimp. Definitely not someone who would work in the modern PG era, huh? Anyways, it's really fun that Mattel was willing to put out a figure of this guy as he was always an entertaining presence. Ready for a closer look at this figure? If you like what you see then light it up for the Godfather!!! After the break, of course... 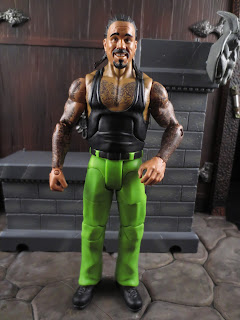 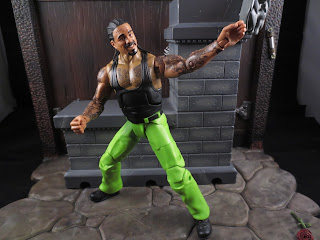 * The Godfather has some exceptional articulation! It's as good as any other WWE Elite figure and perhaps even a bit better due to the build of the figure. Not only is is really tall but he also has some more unique ankle articulation and H-hinged hips that have a great range of motion.  This guy is sturdy, well articulated, and just plain fun. 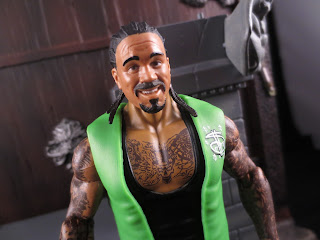 * I absolutely love this headsculpt! The hair is perfect, the facial expression is incredible, and the paintwork brings out all of the detail. For a fun, larger than life character like the Godfather, this is an excellent portrait. It's definitely one of the best I've seen in the Elite series. 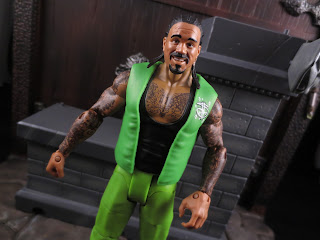 * The Godfather not only has an excellent portrait but he also has a great outfit and some incredible tattoos. They're nicely printed and look really good. His lime green outfit is also pretty iconic and has some epic color choices. 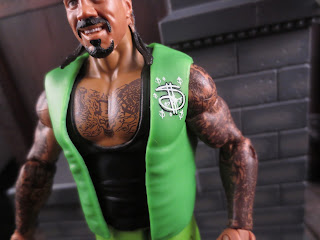 * The vest is a slightly different shade of green from the pants which is accurate to the Godfather's outfit (it was made from a very different material than the pants). I love the dollar sign on the chest. It just helps to show what the Godfather is all about! 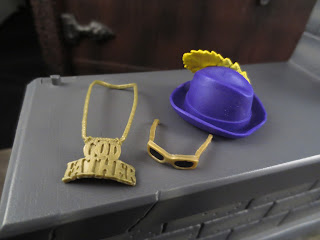 * The Godfather certainly can't be expected to conduct business without the proper gear, can he? That's why Mattel loaded him down with some nice accessories: His gold pimp glasses, a purple pimp cap with a yellow feather, and a gold necklace proudly letting everyone know that you are indeed talking with the Godfather. 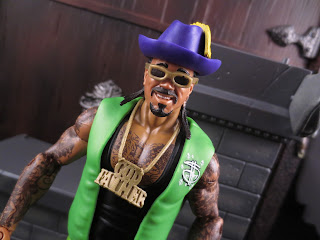 * These accessories look great on the Godfather, don't they? They fit perfectly and really complete the look. Glasses, hats, and necklaces don't always look perfect but these just look incredible! 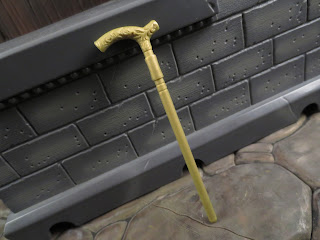 * Oh, and of course the Godfather needs to come with a pimp cane. It's pretty nice and looks grade. Canes are just such darn fun accessories! It's a shame that I can't just carry one around in my everyday duties. 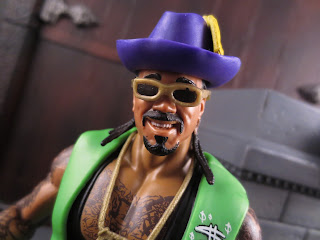 
* I have none! This is one of the best Elite figures I've picked up in the last couple of years and just an awesome figure overall! Yet another reason that Mattel's WWE Elite line made it onto my best action figures lines of 2015. 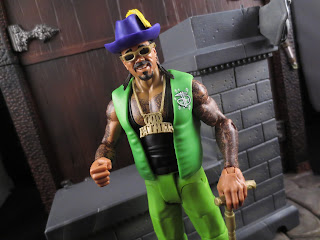 The Godfather is an incredible figure and Mattel really gave him the full Elite treatment. There's really not any weaknesses here! He's definitely an Epic figure and well worth picking up.  mean, how versatile is this guy? Couldn't he work even as a Batman villain or something? I love this guy and would rank him as one of the best figures of last year!


This is the only figure of the Godfather I've reviewed. I have reviewed plenty of other WWE figures from Mattel, though, including: