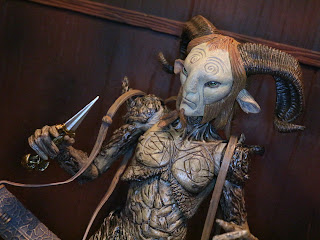 Considering that the film is about 12 years old now would you have ever imagined that Pan's Labyrinth would now finally receive action figures? The Guillermo del Toro Signature Collection is one of the most exciting lines NECA has released lately and it continues with the Faun. The titular character from Pan's Labyrinth, the Faun is one of the most interesting look film creatures of all time and a great character that always leaves you guessing at his true intentions. NECA is the perfect company to take the terrifyingly beautiful designs from del Toro's imagination and turn them into action figures and they're doing a heck of a job. Today it seems that most toylines rely on heavy reuse in order to minimize costs, so a line with such unique and outrageous designs like this is a real treat. Let's check out Ofelia's guide to the land of faerie after the break... 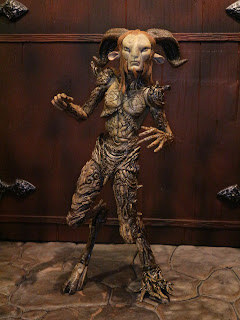 Direction by Randy Falk, Sculpted by Adrienne Smith and Alex Heinke, Paint by Jon Wardell and Geoffrey Trapp, and Packaging by Chris Longo. 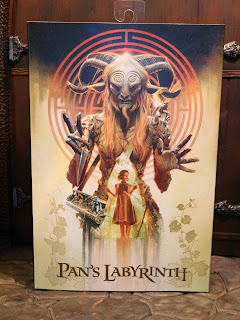 
* I usually don't show packaging too much unless it's entirely collector friendly or really, really attractive. The packaging here isn't completely collector friendly but the art on the front is insanely gorgeous. The rest of the package is a standard five panel window box that fits in nicely with the rest of the collection. Interestingly, the Faun is listed as figure #4 in the collection. The Pale Man was #2 and Santi was #1, so I'm assuming that Ofelia is #3, correct? 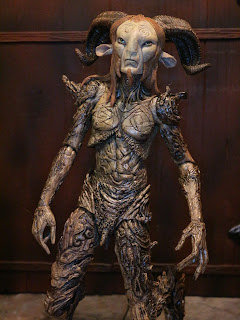 * Here is the Faun and, wow, does he look amazing. Check out the detail on this guy! NECA didn't skimp at all in delivering what I presume will be one of the most impressive figures of 2019. The Faun's design offers such an interesting blend between animal and plant. The sculpting is so crisp and unique that it makes you think of the toy companies of the late 90s like McFarlane, Palisades, and Resaurus who were constantly trying to outdo one another. NECA always seems to bring their A game to every project and the Faun just might be their A+ game. 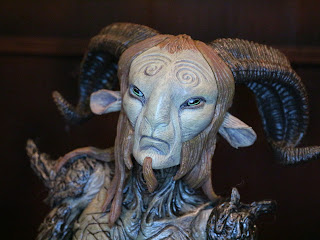 * I love the headsculpt. It's so otherworldly and mysterious. The sculpting and the paintwork is incredible, as is the work on the Faun's hair. 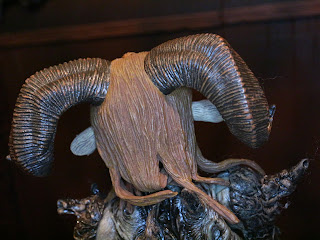 * Here's a shot of the back of the head so you can see more of the hair and the excellent detail on the Faun's horns. 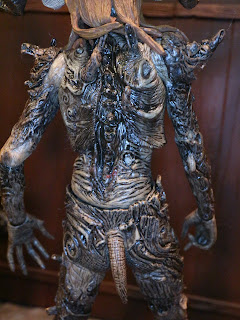 * Here's a shot of the Faun from the back that really shows off the plant-like body of the Faun. He really does look like he has simply grown right out of the forest, doesn't he? This is one of those figures that is simply fun just to sit back and admire for awhile. You'll find plenty of cool little intricacies. 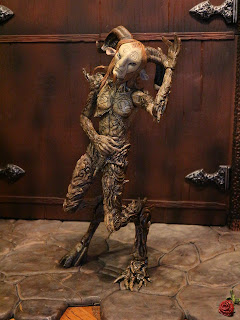 * The articulation is excellent. The balljointed head, waist, and mid-torso allow for plenty of expressive poses and the arms should let you do almost anything you would like with the Faun. The legs are highly articulated as well and, impressively, allow the figure to stand without the need for a separate stand. The weight can be balanced perfectly with a little bit of tweaking. 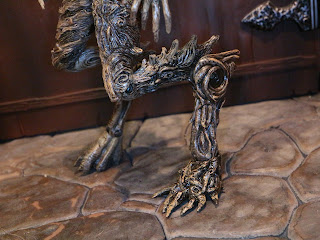 * Not only do the Faun's legs look incredible but the legs are each unique. One looks more animal-like while the second looks like it is formed from the roots of a tree. 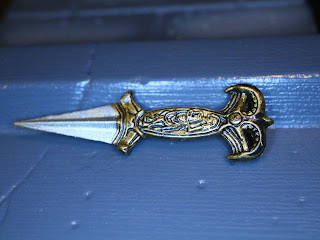 * The second of Ofelia's tasks is to retrieve this dagger from the Pale Man. While the Pale Man didn't include the accessory, the Faun does and it looks great. It looks legitimately sharp and super accurate to the film prop, complete with the etchings on the handle. 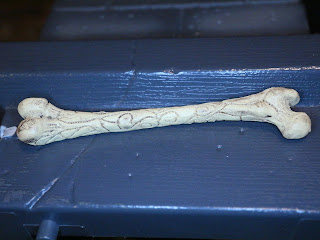 * The Faun also come with his bone flute. It looks like a femur bone and has some amazing sculpting on it to give it a more elegant appearance. 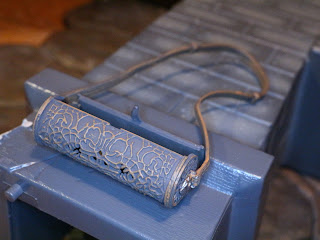 * The fairy cage can be slung over the Faun's shoulde and actually opens with a working hinge. It even has little holes inside. I don't know if the fairies that come with Ofelia will really be able to fit inside but the craftsmanship on this piece is exceptional. 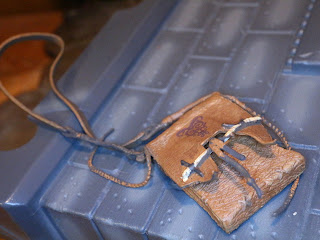 * Last, and not least, is the Faun's satchel. It's sculpted from a softer, more rubbery plastic that gives it a leather-like appearance. It even opens up as well, although there isn't any real storage inside. Well... 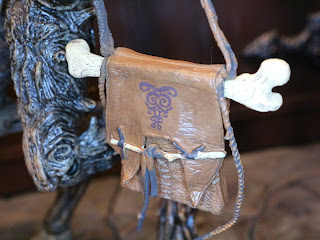 * Except for the bone flute. The bone flute can be stored in the satchel. Pretty slick, eh? 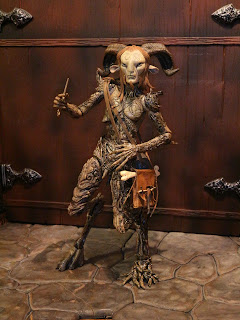 I'm definitely a NECA fan and while they still continue to release amazing toys, they do have a tendency to release multiple versions of the same character. With this line I imagine we'll only see each of these figures one time. There really can't be many variations of the Faun, the Pale Man, Ofelia, Santi, or the Amphibian Man. That makes me feel like these are absolutely a labor of love on NECA's part. Thus far I do believe that the Faun is the best figure released in the series. Absolutely Epic. He's just insanely well crafted and has amazing accessories. I'm loving this line and I'm really, really hoping that we see a few more figures announced this year. I'd love to see more del Toro films get some recognition but I really, really want the toad now. He's just too cool not to have, right?

This is the first figure of the Faun I've reviewed. For more figures from the Guillermo del Toro Signature Collection check out the following:
Pale Man from Pan's Labyrinth
Santi from The Devil's Backbone
Posted by Barbecue17 at 5/13/2019