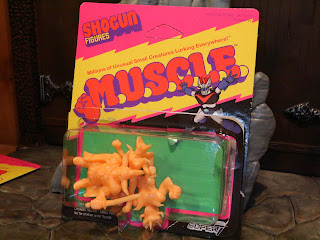 I've been a pretty big fan of Super7's M.U.S.C.L.E. offerings as they've made my top 10 toylines list every year for the past three years. Most of the figures have been good with a few of the sets, such as Street Fighter II, The Worst, and Iron Maiden being flat out amazing. The only line thus far I thought was a total bomb was the Mega Man series. With waxy plastic, a really dull non-pinkish color, and really soft, weak sculpts, those were terrible and didn't even deserve to be labeled as M.U.S.C.L.E. figures. Sadly, Super7 just released a line of minis as bad or worse than the Mega Man figures: Their Shogun Warriors themed Shogun Figures. I'm not very familiar with Shogun Warriors but considering that the pictures made the characters looked unique and I love M.U.S.C.L.E. figures so much I went ahead and ordered these the day they went up. Big mistake! Super7 botched these big time. Seriously, I love their MOTUC line and M.U.S.C.L.E. but releases like this leave me scratching my head. This could have been a great line of minifigures as Shogun Warriors was comprised of characters from a variety of different Japanese properties, so you get dozens of crazy cool designs. Too bad the sculpts on these are so waxy and limp that you can hardly tell what's even going on with them. Let's take a quick look at all four packs from the series after the break... 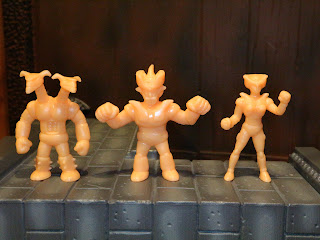 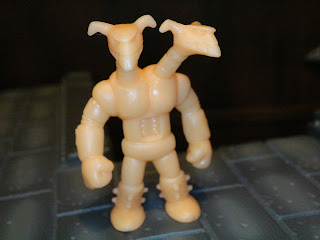 
* A mechanical two-headed beast, Doublas M2 has a great design. Again, it's such a shame that the material, waxy plastic, and color just don't make for a nice looking mini. I had to use some lighting tricks to get these to really show up well in photos. 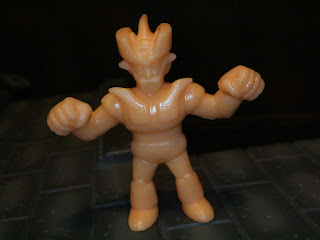 
* From what I gather, Mazinger Z is the main character of the series. Every pack includes at least one figure of Mazinger in one for or another. 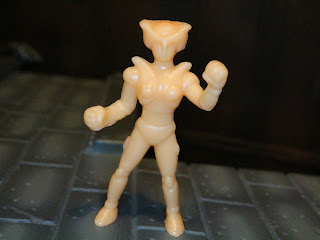 * Aphrodite A could have been a really cool mini but, again, the soft sculpt just seems to wipe out all of the details. I will say, however, that every figure in this series stood up really well. Sometimes these smaller, slimmer minis don't stand up well but Aphrodite A doesn't have that problem at all. 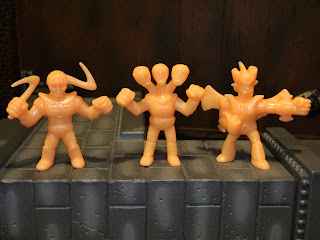 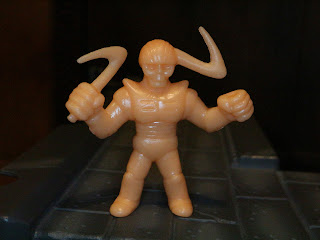 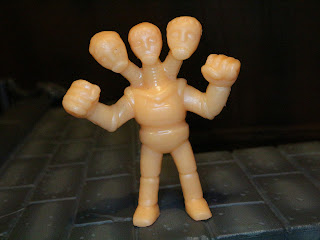 
* Another Mechanical beast, this guy has three heads. The character I found on the Mazinger Wiki has five heads and is called Rockron Q9, so I'm not sure if this is the same guy or not. 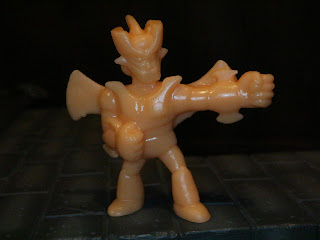 
* Here's another Mazinger. Man, if this guy was cast in the same quality of plastic as some of Super7's other M.U.S.C.L.E. lines, he would be epic. As it stands, this guy is just waxy and disappointing. 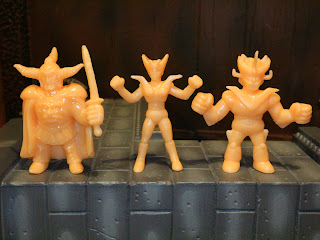 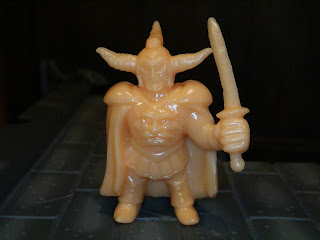 * Man, this guy could have been amazing. I mean, not only is he a massive mean looking guy with a giant helmet, cape, and sword but he even has his true face on his chest. It's too bad that the crazy cool face on his chest is nearly invisible due to the waxy plastic. Seriously, these guys being this weak just kills me! Ugggh!!!

That's me. That's me dying because I want better minifigures. 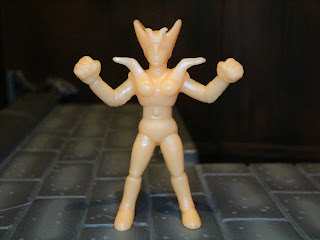 * Here's another cool female robot that has nearly all the detail wiped out due to the plastic used. Again, she still stands up great (like Aphrodite A), so at leas there is that. 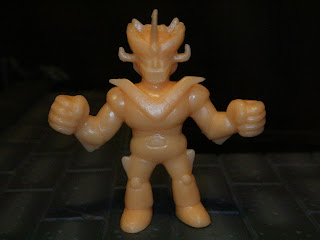 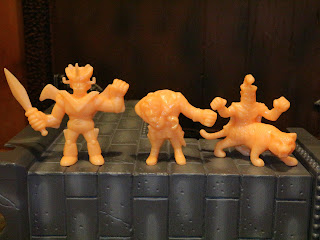 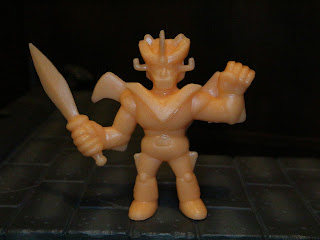 * This could have also been one of the star M.U.S.C.L.E.s in Super7's line if they had just made these better. It's doubtful we'll ever get a recast of these, so that sucks, right? 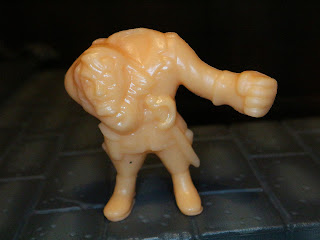 * Nearly Headless Nick? Nope, this is Count Brocken. He's a Nazi who lost his head in a car accident. Weird, huh? 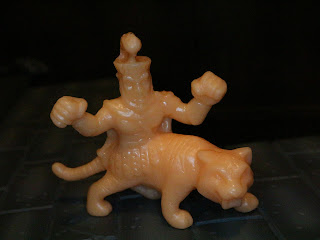 * This guy's body is a giant saber toothed tiger. Seriously, I wish he had been cast in the same quality of plastic as the better M.U.S.C.L.E. figures Super7 has released. This design is too cool to be wasted here. 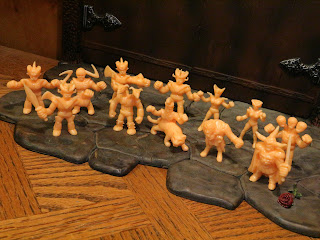 What a cool group of characters who, sadly, have been crafted in terribly waxy plastic in such a blah looking color. Seriously, I have vintage keshi figures that I got from gumball machines which are clearly Kinnikuman and Fist of the North Star bootlegs that have better color and sharper details than these. How can Super7 keep releasing such inconsistent figures in this line? I get that they have different sculptors but the plastic quality shouldn't be any different, right? I so rarely hand out truly negative reviews but these are absolutely Crap and a 1/2 figures. Avoid these and wait for something better!

These are the first figures of any of the Shogun Warriors I've reviewed. For more M.U.S.C.L.E. reviews from Super7, check out the following: