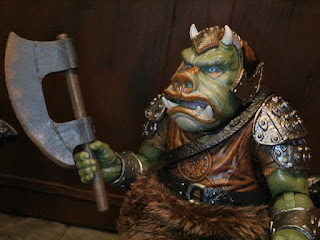 Well...this is it! Today I'm going to start my best of 2018 awards and I'll be starting with my primary category, My Top 10 Toylines of 2018. Creating my own "Top 10" lists is one of my favorite things to do every year on Acton Figure Barbecue and I spend a lot of time preparing my list. This is the seventh year I've created a list (the earlier ones were originally at The Epic Review) and it's interesting too see how the list changes year by year. While this year has a few entries from larger lines, there are definitely some unusual choices on here. While there were a few lines I was incredibly devoted to this year, I picked up random stuff here and there far more often, including a few choices on this list that are going to surprise you. As I always say, a key word for this list is "Favorite." I will readily admit that my list is not a best of list but a list of my favorites. One of my favorite end of the year awards events has been Michael Crawford's Poppies over at MWCToys.com as it's more of an Academy Award styled event with multiple judges from different areas voting on the best. Over here, though, well these are my picks and they're based on criteria that I alone set. Let's get this show rolling after the break....

Over the past couple of years I've divided my Top 10 into two separate categories: My Top 10 Toylines and My Top 10 Individual Releases. Today I'm starting with my top 10 Toylines as it's kind of my standard best of list. These are the 10 toylines (action figures, statues, minifigures, etc.) of the past year that I most enjoyed collecting. They may not always be the best, or the most expansive lines, but they're my favorites for one reason or another.

In the past my list has been fairly eclectic, spanning a number of properties although usually with a big focus on Star Wars and DC Comics. This year there were definitely far fewer DC and Star Wars lines than usual, and thus some more unusual choices ended up on my list. More Masters of the Universe than usual, however, which is a good thing. I definitely went with some far more inexpensive lines here than in years past as I was really impressed by some of them this year. As always, these are listed alphabetically rather than by merit And now, for My Top 10 Toylines of 2018...

While they've been absent during the second half of 2018 (which is never a good sign for a toyline), Jada Toys' DC Nano Metalfigs line was one of my favorite lines for the first half of the year. While there were a few repaints, the improved paintwork and excellent character selection made this an incredibly fun toyline to collect. I loved Jada's character choices and I'm hoping to see more of these a Toy Fair. For $1 each, these are some exceptional minifigures. I really want to see these continue!

It's been a few years since they made the list but Fisher-Price's always unusual and always fun Imaginext Collectible Figures Series made the list again for 2018. While they only released two series of figures this year, homages to M.U.S.C.L.E., Battle Beasts, and Adventure People kept the nostalgia alive. These are fun toys, plain and simple, and I'm really excited about the announcement of the twelfth series, as a few of those figures have been rumored for a month or so now.


I'm not a completest but, darn, do I love Marvel Legends. Over the past few years Hasbro's Marvel Legends has been the toyline to beat. Incredible articulation, great sculpts and paint, fun accessories, and solid character choices all meld together to form the best toyline available as mass market retail, hands down. This year had some real standouts (including the Thing, shown to the left) and 2019 looks like it could be just a big! Whether you like the A-list heavy hitters, movie based figures, or random D-list villains, Marvel Legends has you covered.

4. Masters of the Universe Classics by Super7

My favorite toyline of all time has officially returned and you know what? It's pretty good! While Super7 had a bit of a rough start at times taking over from Mattel (and I'm still not completely sold on their Filmation inspired figures) the MOTUC line saw some great new releases in 2018 including the long desired Karg, Fisto's mighty steed Stridor, and incredible concept figure Wrap Trap. Super7 seems to be hitting their stride by reducing the lag time between preorders and release and hopefully we'll see the third series of Collector's Choice figures soon. 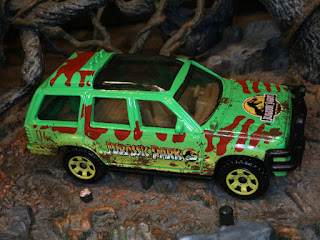 Here's an out of left field choice: I loved Mattel's Jurassic World and Jurassic World: Legacy line of Matchbox vehicles! Typically the only miniature cars I pick up are Hot Wheels Batmobiles and the occasional Ecto-1 or something but Matchbox really sold me on their Jurassic World line. Featuring vehicles from all of the films in the series (except for the vastly underrated Jurassic Park III) this line kept going, and going, and going! It was fun to collect and even more fun to talk about it with others of you collecting! These little vehicles are around a buck and they're incredibly fun!


Here's another minifigure line for the list: Super7's M.U.S.C.L.E.! While they're based on various entertainment properties rather than on Kinnikuman like Mattel's vintage line, I still really dig these. The quality was quite a bit more even this year as the Iron Maiden figures were incredible and WWE, Legends of Lucha Libre, and Robotech were pretty good, too. I'm always up for new M.U.S.C.L.E. figures and Super7 did pretty well this year. I don't like that the She-Ra figures were rebranded as Keshi Surprise and sold blind-boxed, though. That's a lame move.


7. Mythos in My Pocket by HH Toys 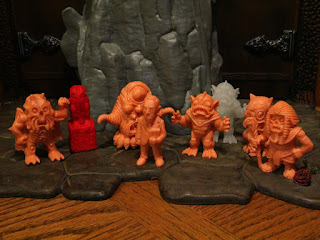 Here's another very cool minifigure line that slipped out at the end of 2018: Mythos in My Pocket. Drawing inspiration from the works of H.P. Lovecraft, M.U.S.C.L.E., and Monster in My Pocket, HH Toys has the beginnings of what could be a great line of minifigures. Technically everything released was sold as the Early-Bird Collector's Package but the three packs were sold individually, too, so that's why it's included here under my favorite toylines of 2018.


DC Comics figures really had a slump this year but the best offerings came from Mezco. Now I gotta admit that I'm less enthusiastic about One:12 Collective than I was last year due to some QC issues, the price increases, and a less interesting character line-up than 2017 but there were still some incredible releases such as the Deluxe Joker, Knightmare Batman, and the Ascending Knight Batman. While they're characters we see often, they are easily some of the best versions of those characters ever released.

While it's one of my favorites, Star Wars: The Black Series is also one of the lines this year that took a huge leap forward thanks to the use of face printing to create some incredible likenesses on human characters. While we had a great assortment of characters from the Original Trilogy and Solo, the Prequels, Rebels, Rogue One, and the Sequel Trilogy were largely ignored. Still, what we got was stellar. Hopefully this year will offer a more diverse array of excellent figures before everything focuses on Star Wars Episode IX: The Force Abides this fall.


10. Vynl: Masters of the Universe by Funko 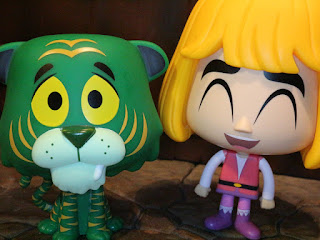 Here's another wild card to wrap up the list: Vynl: Masters of the Universe by Funko. I don't know what it is about the design of these but they just bring a huge smile to my face. And, really, isn't that what a toy is supposed to do? There were only three sets released this year (Prince Adam + Cringer, Skeletor + Faker, and Beast Man + Sorceress) but all three were just so good that they earned the series a spot on this list. I hope we'll see a few more releases next year, particularly She-Ra, Ram Man, Orko, Teela, Imp, and Moss Man.


Whew! That's that! What do you think? What were your favorite lines of 2018? Remember that I'll soon be releasing more best of lists including my top 10 favorite individual releases that weren't part of these toylines, so if you think I missed something it could still appear there. And now, it's time for some fun facts:

# of lines that have appeared on this list multiple years: 7

# of lines from Mattel:2 (they own Fisher-Price)

# of lines in which Batman appeared: 2 (There were no Batman figures released in One:12 Collective or the DC Designer Series this year, oddly enough)

# of lines in which Harley Quinn appeared: 1

# of toylines based on R- rated films/M-Rated games, etc.: 0 (although H.P. Lovecraft isn't really for kids....

# of toylines that I was a completest on and bought everything offered: 5- I bought every DC Nano Metalfig, all of the figures from both series of Imaginext Collectible figures, the Mythos in My Pocket early-bird package, every unique MOTUC figure, and all three Vynl: Masters of the Universe sets.

# of toylines that were available through Kickstarter or an online subscription method: 1- I'm counting MOTUC here because they're sold via preorders.

# of toylines in a 1/18th scale or smaller: 5
# of toylines with no articulation: 3 (I'm not counting the Matchbox: Jurassic World line because the tires rotate. That's articulation, right?)