The Best of the Rest: My 10 Favorite Individual Toys of 2018 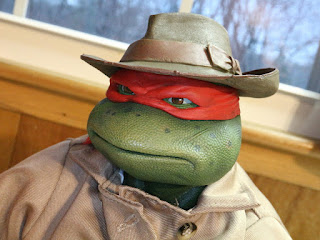 For a few years I always selected my 10 favorite toylines from the past year but a few years ago I realized something: Not every great toy is part of a larger toyline or a toyline that I fully collected. It seemed kind of unfair to never acknowledge figures from smaller or one off lines. Heck, sometimes I purchased a spectacular action figure from a line while I had no intention of buying anything else. What to do? I finally decided to do a list of my Top 10 Favorite Individual Toys for the year. Who is eligible? Any toy released in 2018. Who isn't eligible? Any toy from a line I picked in my 10 Favorite Toylines list. This year this list contains some of my absolute favorite stuff, including what is probably my favorite 2018 release of them all!  Simple right? Let's check these out alphabetically, after the break...


The Batcave from DC Primal Age by Funko 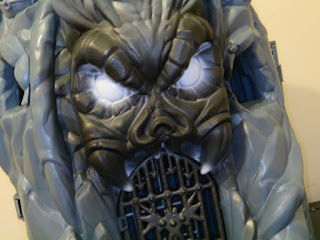 Funko's DC Primal Age would have been a shoe-in for one of my top 10 toylines of 2018 except for the fact that the figures, released exclusively through Amazon in 2018, were riddled with quality control issues. The revised figures are Target exclusives but they were released in early 2019, so they're not eligible. The Castle Grayskull like Batcave is a marvel of a playset, however, and captures much of the charm of a 1980s barbarian fantasy toyline. The price was right on the money, too, and it makes for an incredibly cool playset for any 5.5 inch line. 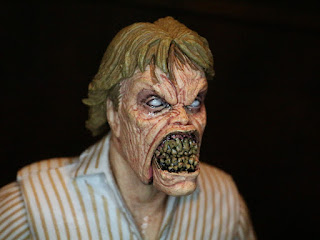 Released alongside with a retooled Hero Ash figure as part of a special 2-pack, Evil Ed added another classic Deadite to the shelf for Ash to battle. NECA's Evil Dead II line originally made my Best of 2012 list but it's been largely dormant since then. While it seems like a one-off release, NECA came out swinging again with this incredible Evil Ed figure. He's insanely we made with great articulation, a terrifying sculpt, and a head that can be cut into pieces. Ash always needs terrifying foes to fight and Evil Ed presents him with another worthy opponent. 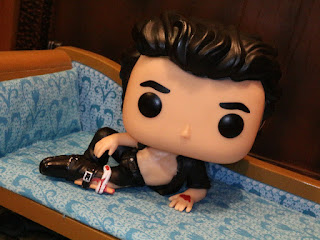 While I bought far fewer POP! vinyls in 2018 than in many previous years, there were some really cool releases. Especially noteworthy is the bare chested sexy Malcom that was a Target exclusive. This is such a great concept for a POP! that captures the Goldblum magic perfectly. Funko did exceptionally well with this release and released a fun and funny collectible at a reasonable price. It was fairly easy to find, too, which is something that can't be said of many of their exclusives. This was also one of my favorite reviews of 2018 to write. 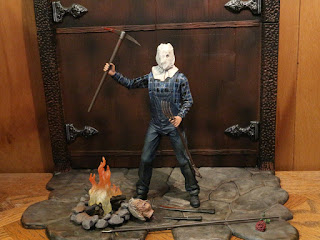 I'm not the biggest fan of the Friday the 13th series but I'm always game for a good Jason Voorhees action figure and NECA delivers again. One of NECA's Ultimate horror figures, this version of Jason is a heavy redo of a previously released Jason figure. Multiple heads, lots of sharp, point weapons, Pamela Voorhees' head, and a new campfire accessory make for an incredible set. It's amazing how much stuff NECA crams into these releases for around $30 dollars! There were a few Jason figures released this year but this one was my favorite. 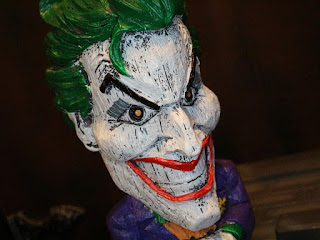 I wasn't even aware of Eekees until later in 2018 but this line of resin figures really appealed to me, especially their version of the Joker from their DC Comics range of Eekees. The sculpt and paintwork beautifully capture a very classic looking representation of the Joker in the unique Tiki inspired style of the Eekeez line. I'm really curious to see what other releases FOCO has in store for 2019 as I'd love some more Batman villains to go along with the Joker on my shelf. It's always cool to see something unique like this!


Michael Myers from Halloween: One:12 Collective by Mezco 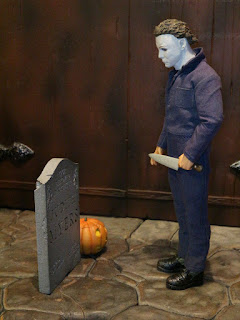 Halloween is one of my favorite movies and Mezco did an incredible job with their Michael Myers figure based on the character's appearance in the original film. 2018 was a great year for the Halloween franchise as we not only received a great new entry in the series of films but also what is, arguably, the best Michael Myers figure ever. Some of Mezco's horror figures have looked off to me but Michael Myers really took full advantage of the One:12 Collective style and aesthetic. While the price tag is a bit higher than many other figures (around $80 bucks), Michael's light up jack o' lantern, polystone headstone, and additional ghost costume give you almost everything you need for a 1978 version of the Shape from  the John Carpenter masterpiece.


Mosasaurus from Jurassic World by Mattel 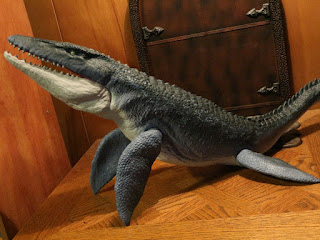 Mattel's Jurassic World toyline turned out to be a huge hit in 2018. While the human figures were pretty weak, the dinosaurs were awesome. My favorite of 2018 was the Mosasaurus. Not only is this a massive, well painted figure of one of my favorite dinosaurs from the Jurassic World films but it also retailed for only $30 bucks. The size of this creature is impressive and really feels like a worthwhile, quality purchase.

Pennywise from It by NECA 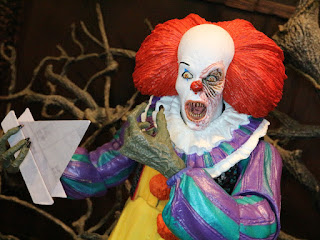 NECA released a few really good Pennywise figures in 2018 but my favorite was the version based on the 1990 Tim Curry version of It. Yeah, it's not perfect, but it has so many accessories and extras that I can overlook the flaws. The headsculpts are incredible and the presence of the green clawed hands, like on the original hardcover book, are very welcome. NECA has a bunch of It stuff scheduled for this year and I'm hoping they manage to launch some stuff concurrently with the second film this fall.

Raphael in Disguise from Teenage Mutant Ninja Turtles by NECA 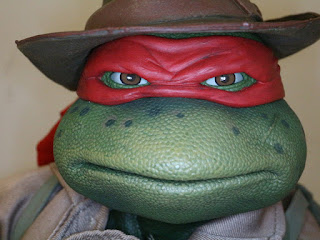 I do actually have a favorite figure of 2018...this guy! Raphael in his trenchcoat and hat from the original 1990 Teenage Mutant Ninja Turtles film had been a dream toy of mine since I was a child and first saw the film in theaters. While I don't pick up many quarter scale figures, I had to have Raphael and he is perfect. This is the most amazing toy released in 2018 and one of my favorites of all time. The likeness, the accessories, the coat; all incredible! NECA, you done well and your ol' pal Barbecue17 has your back if you ever need me for anything. 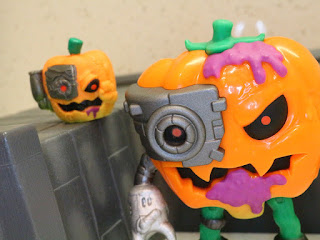 I've admired the Grossery Gang toyline for a couple of years now but Space Jump Pumpkin was the first of the larger figures that I had to own! I mean... a large sentient cyborg space pumpkin? There's no part of the description I don't like! Plus, he comes with a minifigure! This guy is pure fun and a solid toy from a line that I don't collect but that I admire from afar. Space Jump Pumpkin was too cool to ignore, however. I love him!

What do you think? What were some of your favorite releases from 2018? Let's talk about it in the comments section below!