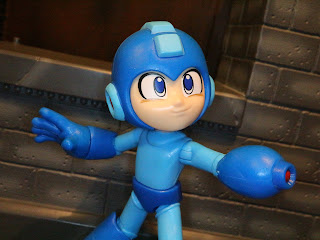 Since I reviewed Dr. Wily earlier this week it's about time that I review the Blue Bomber himself, Mega Man! The star of Funko's new Mega Man series of action figures, this figure has a few different repaints in the line. Of course, I imagine the most desirable for nearly anyone is going to be the classic blue version of Mega Man. Whether you're a fan of the traditional side scrollers, Mega Man Legends (like me!), or you just dig the fact that this guy is part of the Super Smash Bros. roster, Mega Man is a pretty nifty figure. I actually picked him up to merge him with my World of Nintendo collection. Funko's figures go great alongside the World of Nintendo line, allowing you to had a couple more characters to the roster. ready to check out Mega Man? Then come join me after the break... 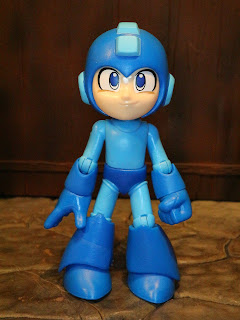 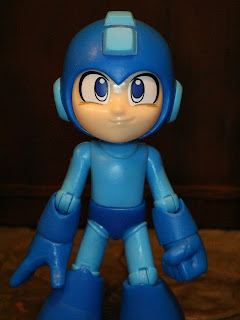 * I really like the look of Mega Man! Funko has done a nice job of crafting a fun, colorful looking version of the character that has a great modern video game style with some anime aesthetics. The paint work is simple but neat here. This version of Mega Man should fit in perfectly with your World of Nintendo figures if you collect that line, also. 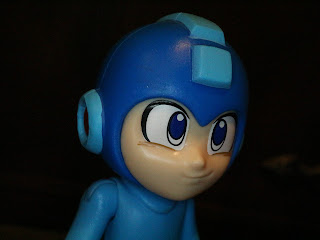 * The headsculpt is good. I like the expression, the work on the eyes, and the details on the helmet. Maybe we'll see an unhelmeted version of Mega Man someday, too. For now, though, this is a great, classic version of the character. 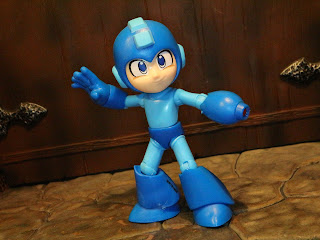 * Mega Man has some nice articulation including a balljointed head and what I believe is a balljointed waist. His elbow and knee joints were a bit stiff at first but a little work loosened them up nicely. He's really fun to play with and pose and looks great on display. 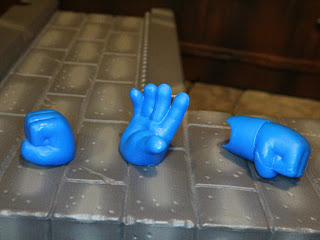 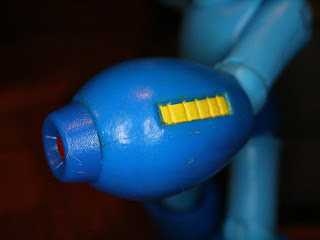 * And here is Mega Man's buster cannon! It's a cool little sculpt that matches most depictions of the device. I like the little paint applications on it as it gives it a bit more pizazz. 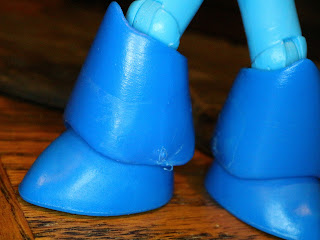 * It might be kind of difficult to see here but Mega Man's boots are cast in a plastic that has a weird, rough looking texture in spots. It's hard to explain but it looks kind of odd. 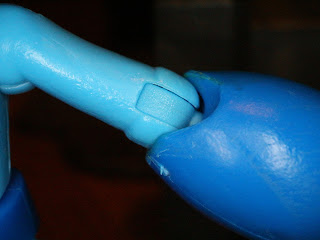 * Be really careful with Mega Man's elbows and knees at first! They are very tight and feel like they could be damaged if you just jump in and start moving them. With some effort they'll be fine but just consider this a Protip! 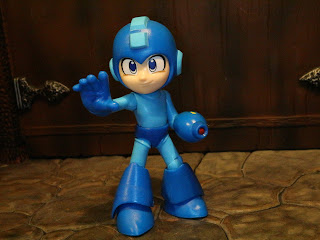 Mega Man is another Good and a 1/2 figure in the Mega Man line. He's not crazy amazing or anything but for $10 dollars he's a solid toy, especially if you're planning to pose him alongside of another videogame based line like World of Nintendo. The alternate hands make for more fun posing options and give the figure a bit more interactivity. While Funko is sometimes one and done with their toylines, I do hope we see an unhelmeted version of Mega Man down the road, along with a few other characters from the series. Right now all of the Mega Man variant are simply repaints.

If you're a Mega Man fan I've also reviewed the following Mega Man minifigures: Mega Man from M.U.S.C.L.E. Pack A:  and Mega Man (Firing) from Pack B.

For more figures from Funko's Mega Man line, check out the following:
Dr. Wily
Posted by Barbecue17 at 2/16/2019