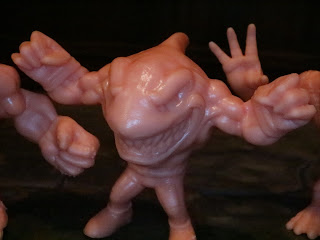 One of the strangest surprises of 2019 were the Street Sharks M.U.S.C.L.E. figures that started showing up at bargain outlets like Ollie's and 5 Below. While Super7 has been cranking out M.U.S.C.L.E. branded figures since 2015, in 2019 it seems that Mattel wanted the brand back. Super7 begin labeling their figures Keshi Surprise and Mattel seems to be using the M.U.S.C.L.E. brand again. Well, maybe. These guys really just slipped out into discount retailers over the summer with no fanfare or acknowledgment whatsoever.  At first some folks thought they were even custom but it seems that ultimately these were a project that Mattel simply scrapped and sold off to discount stores. It turns out they're pretty cool, however. While Street Sharks may not have the following of many other 1990s toylines, I definitely remember them being on toy shelves. I only ever owned one, and it was because I found him abandoned at my neighborhood swimming pool. I always kind of wanted them but by the time they came out I imagine my interests were in different toylines. Still, I love M.U.S.C.L.E. and I definitely don't turn down cool (and cheap!) minifigures, so these guys were a real surprise to find stuffed in my stocking. I had been looking for them for months and my parents actually found them on a trip to an Ollie's. Pretty slick, huh? Let's take a look at Pack A, which contains Big Slammu, Slash, and Streex... 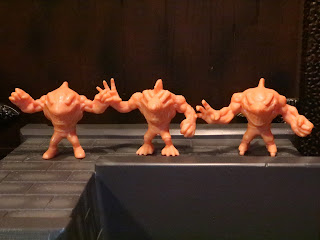 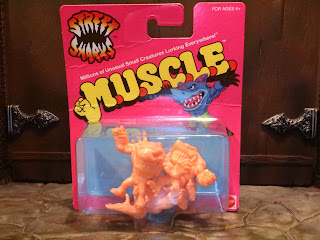 * Here's a quick look at the packaging. I don't usually show off packaging unless it's collector friendly but these guys are kind of unusual, so I'll give you a peek. I really like the neon pink color of the cardboard backer. It's very, very 1990s. And very jawsome. 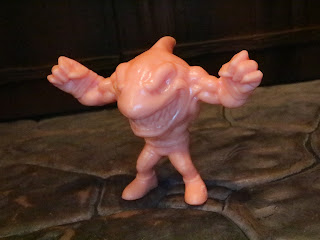 * First up is Big Slammu, a whale shark who uses the Seismic Slam attack. These guys have fairly crisp sculpts and a great M.U.S.C.L.E. pink color. Not quite like vintage M.U.S.C.L.E. figures, but close enough. With two massive fists held up, Big Slammu looks ready to throw down. . 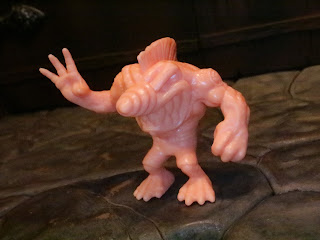 * Slash is one of the villains of the Street Sharks, so here's someone for Big Slammu and Streex to battle. He's a Swordfish with a drill for a nose. The detail on Slash is pretty nice as you can see various details on his skin, his long fingers, and his creepy, crazy teeth. 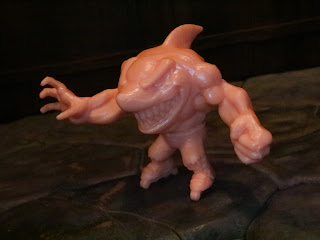 * Apparently Streex was called Blades in the toyline, because he's a roller blading Tiger Shark. Roller blades were big in the 90s and everyone was using them. Even mutated tiger sharks. He looks a lot like Big Slammu, although he's got a longer nose and a more curved fin. 
* My only real complaint about these guys as minifigures is that they all have very similar silhouettes. At a glance, it might be hard to tell them apart. The poses are all quite similar, too. 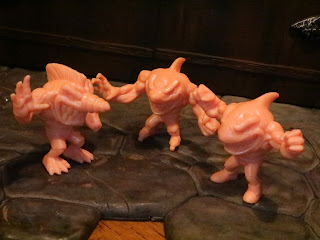 Considering you can pick these guys up for $2-$3 dollars a pack, this is a pretty Great set of minifigures. They're pretty solid, maybe not as good as the best of what Super7 released (Iron Maiden, The Worst, Robotech, and Street Fighter) but they're far better than lines like Mega Man and Shogun Figures. Shop around at your local discount retailers and see if you can find a set for yourself. These are selling for crazy prices on the aftermarket, but don't pay that much for them. It seems like Ollie's stores have been getting new shipments of them within the last month or so.

These are the first figures of Big Slammu, Streex/ Blades, and Slash that I've reviewed on the site.
Posted by Barbecue17 at 1/19/2020