Action Figure Review: Sorceress (Pink) from Masters of the Universe Action Vinyls from The Loyal Subjects 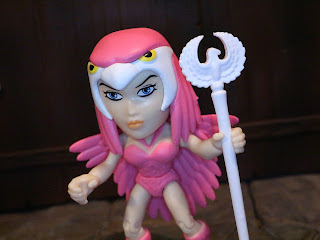 Like many other blind boxed lines, The Loyal Subjects have assigned various rarity ratios to the Masters of the Universe Action Vinyls. For series 2 there are two different variants of the Sorceress offered: A standard, Filmation/ vintage toy colored Sorceress who is listed at 1/24, or 1 in every 2 cases, and a "Pink" Sorceress who is listed as a 1/96 rarity, or 1 in every 8 cases. I didn't get the regular Sorceress in my case but I did end up with the "Pink" Sorceress. The vintage minicomcs features lots of unique color schemes for the MOTU crew (often because the artists and colorists were working before toys were finalized or because they sometimes received black and white photos to work with) and the Sorceress in her pink outfit appeared in some of the series 4 and series 5 minicomics, first appearing in Skeletor's Dragon, as well as The Stench of Evil, The Battle of Roboto, The Flying Fists of Power!, and King of the Snake Men, as well as the Princess of Power comic The Story of She-Ra. The Sorceress is one of those characters whose look changed drastically throughout the early years of MOTU, so it's interesting to have different variations of her. The Loyal Subjects seems to love the minicomic variants, so let's check out this somewhat rare variant of the Sorceress after the break... 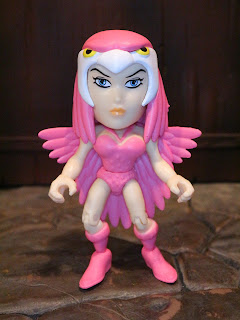 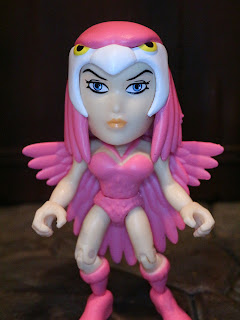 \
* The Sorceress looks fantastic in pink. Seriously, it's a color not seen too often in MOTU (even Princess of Power doesn't have too many characters with this much pink) and it manages to stand out. Couple the eye-catching pink color scheme with the excellent bird-like motif of the Sorceress' outfit and you've got a pretty nice looking figure. The paintwork is quite sharp here and everything looks very neat and clean. 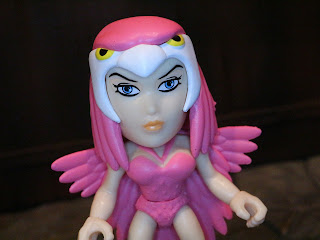 * The headsculpt is quite lovely as well, particularly due to the very clean paint applications on the eyes and mouth. The Sorceress' headdress appears to be a separate piece permanently attached over the figure's head, giving it a more "layered" feel. 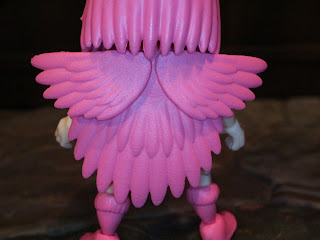 * I like the wings on the back. They're made from a somewhat pliable plastic although they're clearly not meant to move. It's simple but the work on the feathers is rather nice. 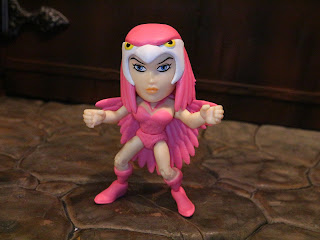 * While the joints don't have a terribly great range of motion, the fact that The Loyal Subjects puts so many joints on these little figures is impressive. You can definitely have fun picking Teela'na and messing around with her. These Acton Vinyls make excellent little desktop toys to keep you occupied during a boring conference call or when you're waiting for something to load on your computer. 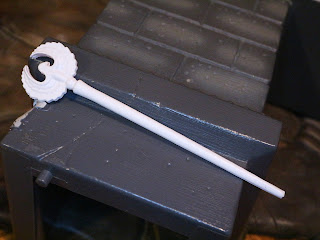 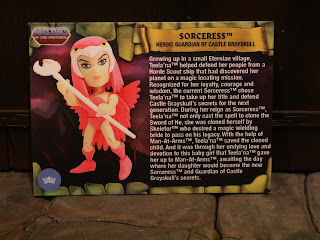 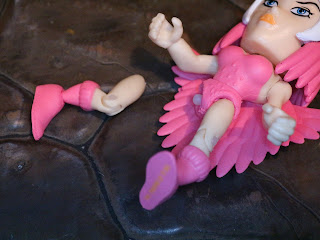 * The Sorceress' hips are true balljoints, which is great, but unfortunately they have the tendency to pop off. Just be careful when popping it back on and you should be OK. It's still kind of annoying, though. 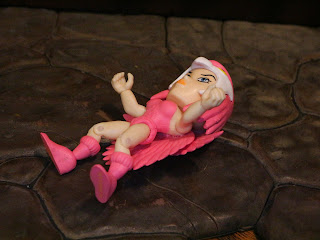 * Because of her wings and the back of her bird-like hood, the Sorceress tends to fall over. Actually, it's very, very difficult to keep her standing up. I kind of wish these little figures had stands or something. I don't want her to constantly topple over on my shelf! 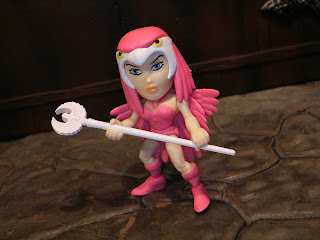 While I would have liked to have a standard version of the Sorceress more simply because of the classic Filmation color scheme, the novelty of the pink outfitted Sorceress (and the rarity, too) definitely help me to appreciate this figure a bit more. I love the sculpt, design, and the very cool staff. I do wish the legs were assembled differently though. Heck, I wish she could just stand on her own a bit more easily. The Sorceress is still a Good and a 1/2 figure, though, so she's worth tracking down if you really need her for your collection. The prices on her aren't too crazy right now, so you might try picking her up sooner rather than later.


For more of the Sorceress I've also reviewed the green Series 2 M.U.S.C.L.E. figure, the VYNL Sorceress, and the Mega Construx Sorceress included with Castle Grayskull.