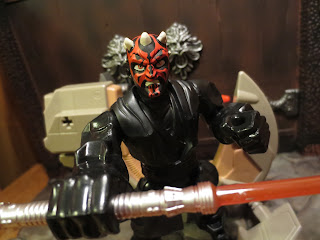 When it comes down to it, is there any character more visually appealing in the Star Wars universe than Darth Maul? Maybe, but it's tough to think of one off hand. When this guy showed up prior to the release of The Phantom Menace, our collective minds were blown! I wanted Darth Maul everything back then, and so did everyone else on planet earth. While Kylo Ren is getting his turn in the spotlight, I don't think the anticipation and marketing surrounding him even begins to compare to that which surrounded Darth Maul. While Darth Maul initially seemed like he was squandered by being killed at the end of TPM, While his legacy grew in the Expanded Universe novels, The Clone Wars brought him back and really added some depth to the character. It's cool to know that after the events of Darth Maul: Son of Dathomir, he's still running around out there. Maybe an appearance in Rebels is in order at some point? Anyways, this was almost the first new product I purchased from the Force Friday event. A week and one day before Force Friday I was at a K-mart with my little one when we found this figure on the shelf. We attempted to purchase him but were told he was street dated. I really wanted him to be my first Force Friday purchase as Darth Maul on his Sith Speeder was my first Episode 1 purchase 16 years ago. He was still part of my Force Friday haul and from my first stop, Toys 'R Us, so I guess history repeated itself. Ready for a look at Darth Maul? Then join me after the break... 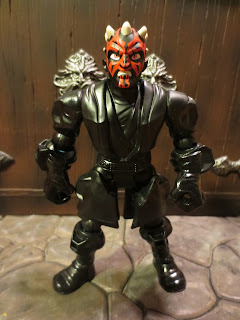 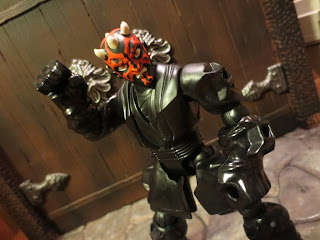 * These are just flat out fun toys. While they do still have some small parts and aren't intended for kids younger than four (the heads are fairly small), I've been playing with them with my little daughter and she has had a blast. Darth Maul is one of her favorites (along with Bossk). They're kind of chunky but feel very durable and well made. 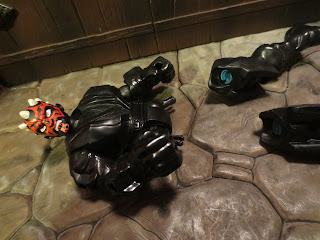 * What kind of Mash-ups can you make with Darth Maul? He looks awesome in Bossk's space suit (with black gloves and boots), you can give him General Grievous' legs to make a Clone Wars-ish Maul, or you can put his head on Boba Fett's body to make the most visually awesome Star Wars character ever.

Oh, and you can pull his legs off to simulate some Episode 1 era damage! Good times! 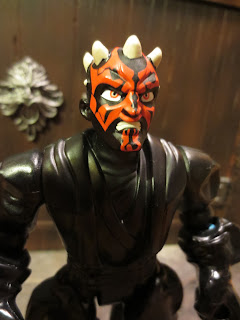 * I'm really liking the style of the Hero Mashers and Darth Maul is definitely one of the best looking ones released so far. He's really an impressive figure with a fun, somewhat kid friendly sculpt and some excellent paintwork. Seriously, the tattoos on his face are extremely neat and clean. They might be better than the work we see in Hasbro's more collector oriented lines. 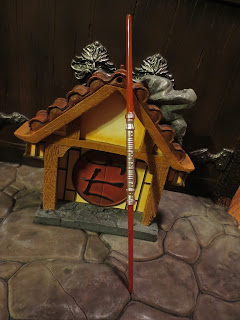 * What would Darth Maul be without his double bladed lightsaber? For a kid friendly line focused on being toyetic, this is a pretty admirable piece. It's silver with translucent red blades and it fits securely in his right hand. 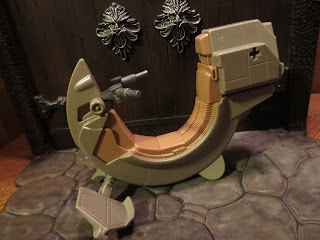 * I really love this Sith Speeder. It's quite accurate to the film and really looks great. Darth Maul can sit on it fairly well, too. Actually, the Black Series Darth Maul looks quite nice on it, too. It's a bit chunk but at a glance you'll be content. 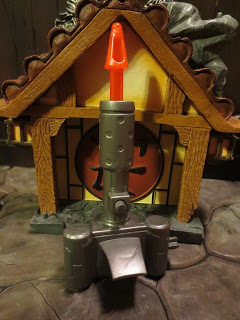 * Both the Sith Speeder and Anakin's Jedi Speeder have removable cannons that launch a projectile. Darth Maul's BFG is much cooler than Anakin's. While I wish it could fit into one of the ports on the Mashers' bodies, it does attach to either side of the bikes in this line. 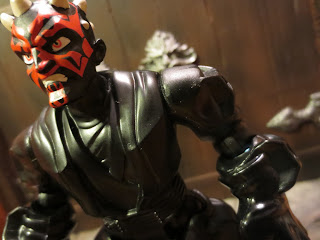 *At some point in the Marvel Hero Mashers line, Hasbro removed the swivel/hinge joints from the shoulders, giving the figures just a plain old swivel. Considering that many of the Star Wars characters are warriors and masters of lightsaber dueling, it's a bit disappointing that they lack the lateral movement that the swivel/hinge joint gives them. 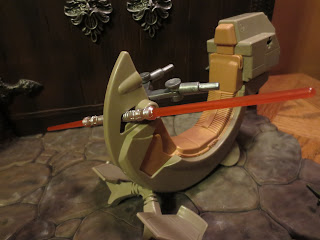 * One thing I wish that the Sith Speeder had was a bit more interactivity. How cool would it have been if Maul's lightsaber could have clipped across the front of the speeder like the original TPM version? A port hole or two would have been nice as well, as you could add more random accessories onto the speeder. 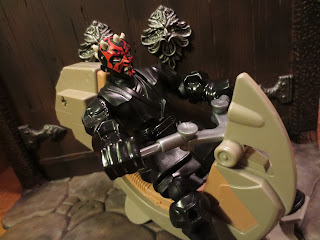 Part of this is due to my love for Darth Maul and part of this is due to the nice quality of the figure here, but I'm definitely giving this set a Great rating. Darth Maul is very, very cool and his Sith Speeder works really well in this style. This very well may be my favorite release in this line so far (including the rest of the series 1 figures which I haven't reviewed yet). Maul is excellent barring only the flaws inherent to this line (swivel shoulders) and his Sith Speeder is quite a nice, film accurate vehicle. Overall, he gets a Great and a 1/2 for me. Any toy that can please both my 2 year old and me gets good marks in my book!

I've reviewed plenty of other Star Wars stuff as well: