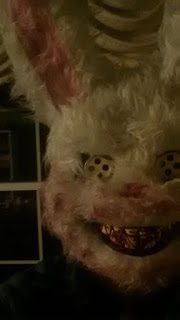 This has been a slower week for me, at least so far as nerdy stuff goes. I'm doing some traveling this weekend and will hopefully have more tales to tell this week. In the meantime I'm talking about Star Wars, Mad Monster Party, the new Marvel Legends waves, King Hsss' torso, and more! Oh, and I got a new Halloween mask. Do you like it? More fun after the break...

*I had the chance to watch Star Wars: A New Hope with a friend and his nephew this week. It was his nephew's first time watching it. I'm not completely sure what he thought about it (he fell asleep near the end, although it was getting late). For m, however, it was a great time to reflect even more on how I'm going to show my little one these movies when she's old enough. At this point, I'm planning on showing her the films in this order: IV, V, I, II, III, and VI. Depending on how into it she is I might add in Clone Wars between II and III. We'll have to see where Rebels best fits in as it continues. Of course, there's also going to be The Force Awakens by then (and maybe Rogue 1). My little one is only two, so she has at least a year or so left before she's probably old enough to sit through a movie, right? 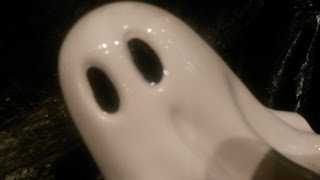 *On the other hand, the little one is all about Halloween right now. We were able to convince my wife to put up Halloween decorations a bit early and we're having a ball. We didn't watch the whole thing, but we did start Mad Monster Party on Wednesday night. She seemed to really like it although it as getting late and she was getting tired. Any other Mad Monster Party fans here?

*I'm starting to see the newest Marvel Legends waves everywhere! I feel like I could have picked up each of the new Marvel Legends figures at least twice if I had wanted to. I hope the Star Wars Black series figures from The Force Awakens get that kind of distribution. I really want a Captain Phasma and a Guavian Trooper from the second series now. 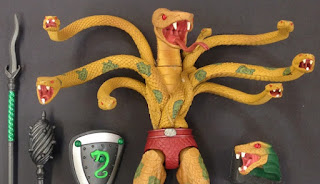 *If anyone is still aggravated by Matty Collector's handling of the King Hsss torso, there might be some hope: Last week someone posted that a consumer filed a complaint through the Better Business Bureau against Matty Collector and they settled the complaint by offering the customer a $45 voucher. Since then, a number of customers who purchased the 2015 sub have also filed complaints. So far, Mattel has responded back only to say that they're reviewing the situation. Now, former brand manager Scott "Toyguru" Neitlich has also weighed in on things. Check out the discission at He-Man.org.