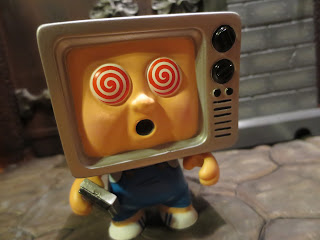 Guess what? I'm looking at another Garbage Pail Kid from Funko's new series of Really Big Mystery Minis! Today I'm looking at Teevee Stevie, a kid who had watched so much television that his head has literally turned into one. One of the things that I'll advise you dear readers about is that while these figures are sold in blind boxes for around $8-$9 each, you can pick up a case of all 12 figures for a pretty decent price. I think I paid about $65 dollars shipped for a case, dropping the cost per figure to a little over $5 each. That's a much better price! Anyways, here comes a monstrous Garbage Pail Kid whose brain has been turned to mush: Teevee Stevie! Don't change that channel as I've got more GPK goodness after the break... 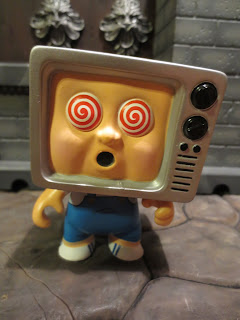 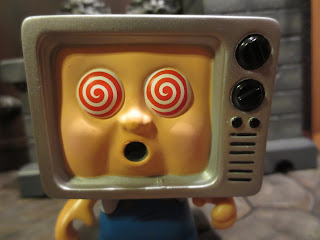 *The sculpt on the Stevie's television head is incredible! I love it! I love the hypnotic eyes, the open mouthed expression, and the old-school details of the television. * Something really cool is that the heads are very easy to remove on all of these figures. That's really not a big deal for most but with Teevee Stevie you can actually stand him up somewhere since he's basically a television. He's got some nice wood paneling, an antenna, and probably a coaxial input or something. Seriously, grab an RF adapter and you're ready to play some NES on this guy's head. 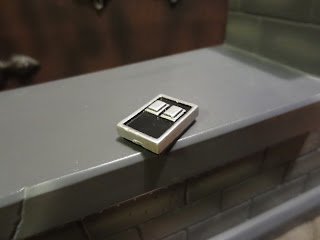 *To quote three of the coolest guys ever:
"Remote control to change the station
But that won't change your situation" 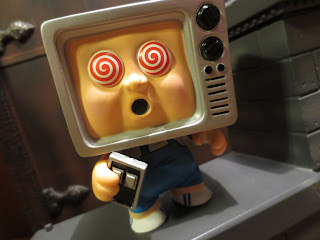 This guy is one of my favorite figures in this line. Teevee Stevie and one other figure I've reviewed but tucked away for next month's "31 Days of Toy Terror Returns" are my top two figures here. Stevie definitely deserves an Epic rating. He's an incredible mini vinyl figure and just exudes character. He works great, features some incredible paintwork and sculpting, and comes with a little remote control. How much cooler can you get?
Posted by Barbecue17 at 9/04/2015