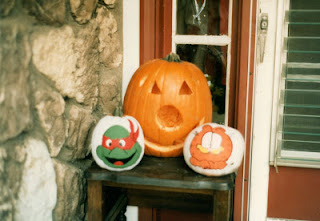 It's time for another weekly installment of Barbecue's Bonfire, my weekly catch-all thread for everything I want to chat about. This week: Star Wars Hero Mashers, Funko Vinyl MLP variants, Kool-Aid Ghoul-Aid, the Collection Agency Force Friday special podcast, the absence of Han, Luke, and Leia in Star Wars: The Force Awakens merchandise, Batgirl masks, and October Toys' Grimskull from Skeleton Warriors. More thoughts after the break... 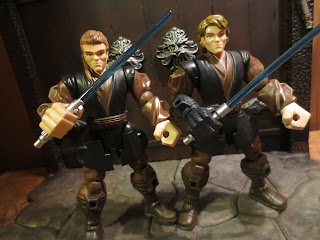 * So as I've looked closer, all of the Star Wars Hero Mashers figures available in both multipacks and single packs actually feature some differences of differing degrees. The easiest to notice is that the Jedi Speeder Anakin is the Ep II version with the padawan braid while the single carded version is a Clone Wars/ Ep III Anakin. The two-pack versions of Boba Fett and Vader are different from their single carded counterparts as well: Two pack Fett has the ESB coloring on his gauntlets and different accessories from the ROTJ colored deluxe single pack Fett while 2-pack Vader has different hands and no chain on his cape (which the single carded figure does). So far my little one and I have went back and picked up the single carded Anakin and Boba Fett as they're pretty different. I haven't grabbed the individual Vader yet, but we just may in the future. 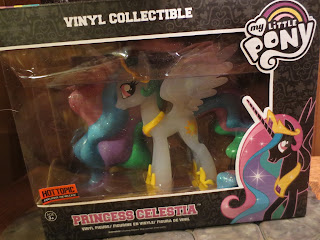 *Anyone else ever got upset that they ordered a figure offline and ended up getting the rarer chase variant instead? I just had that happen with a Funko vinyl Princess Celestia. I ordered one off of Amazon and ended up getting the rarer "crystal glitter" variant. I know that it's more desirable but I just don't care for those variants. This is the second time it's happened to me! It's no secret that me, my little one, and my wife are fans of My Little Pony: Friendship is Magic, as my little one has MLP themed...everything. Clothes, stuffed animals, books, heck her whole nursery is MLP themed. We like the basic Funko vinyl figures and so I had to track down someone to trade with. They're getting a better deal but at least we're getting the figure we want. 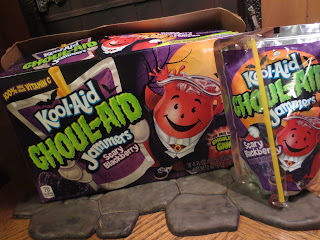 *I bought some Kool-Aid Ghoul-Aid last night. Man, that stuff is good! I love it! I drank one on the way home from Target tonight but I want to break out my movie theater vest (it's great for carrying snacks) load it up with Ghoul-Aid and Mike & Ike's Mummy Mix, and go watch The Visit.

*If you missed it, the September 2015 episode of The Collection Agency Podcast is up on GWW Radio.  In this Force Friday special we talk about the recent things we've picked up, our Force Friday hauls and Force Friday midnight experiences, Brad's coffee drinking habits, the aftermath of Force Friday (including the reported shortages and such), me jumping in a van with some guys to go hunt down a Count Dooku figure during the Episode II toys midnight event, my 2 year old wanting to eat Bossk, and much, much more! 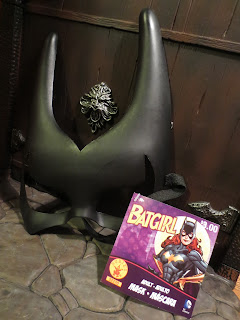 * I bought this Batgirl mask at Target last night. It's not a great mask or anything (it looks pretty generic to me nor was I planning to wear it or anything) but it only cost $3 and the attached tag actually has some New 52 inspired licensing art. Kind of an interesting find for the Batgirl collection.


*Anyone else still finding it a bit odd to be looking at the new Star Wars merchandise and still see absolutely nothing with Han, Luke, or Leia on it (other than the little Han Solo in the Lego Millennium Falcon)? I mean, I get that finally revealing Luke and Leia is now going to be a big deal for fans but is it really going to be a secret held until the movie? We know they're in it. Everyone knows they're in it as it was a huge part of the early hype and press releases for the film. It's amazing to me that Disney would leave so much money on the table by not releasing any merchandise with those characters. I mean,  guess they could release more toys and merchandise updated with those characters in December or January once the move hits but it seems like that would be a little late. I'm really curious as to what the endgame here is. 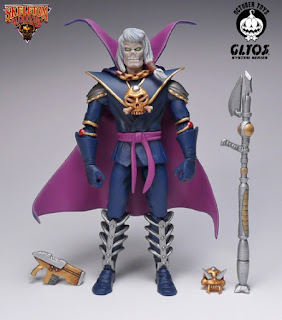 *Last, but not least, have you helped to Kickstart the newest Skeleton Warriors release from October Toys, Grimskull? I very distinctly remember that Grimskull was my first Skeleton Warriors figure as a kid and this guy looks to be a pretty cool figure on it's own. I do find it odd that these were made in the 1/18th scale rather than a larger scale but they're nice figures. I reviewed Baron Dark earlier this year and was really pleased with him. Jump on over and help make Grimskull and his pet wolf, Stalker, a reality!