Action Figure Review: Multi-Bot from Masters of the Universe Classics by Mattel 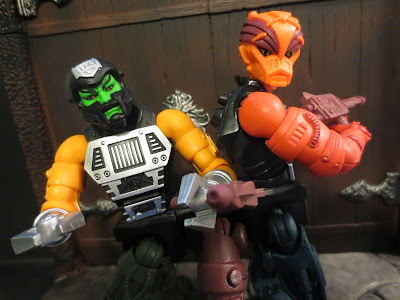 Multi-Bot is character who first appeared in the vintage line that I've never owned before. To be honest, he wasn't a character that ever really appealed to me that much. I wasn't a huge fan of Modulok until the MOTUC version came around and Multi-Bot has always just seemed less interesting to me. Still, I'm a subscriber to the line and I want to complete the entire vintage collection so Multi-Bot was a must have. Like Modulok, Mattel and the 4 Horsemen really showed how good of a job designing and producing these figures they can do when everyone is working together. While this line has had some difficulties in the past with handling unique elements and action features (I'm thinking the cracking translucent plastic of characters like the Goddess and Roboto, Hurricane Hordak's chipping vac metal armor, and Snout Spout's disintegrating trunk) Modulok and Multi-Bot fire on all cylinders and are masterpieces of toy design. Ready for a closer look at this guy (these guys)? Then join me after the break... 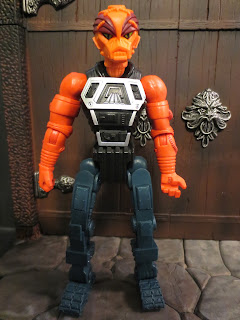 Height: 7-7/14 inches in basic humanoid form (depends on the legs you use). 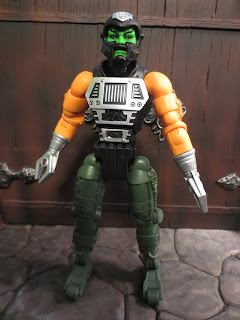 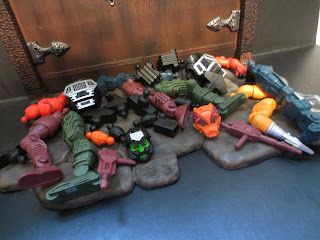 
*Each of the modular parts listed above attaches using a ball joint. These feel very sturdy and seem to be designed to help deter them from becoming looser over time (unlike your mom). The quality is excellent and this feels like a solid, sturdy toy. Excellent design and quality control here! Also, the parts are compatible with Modulok so that you can form MegaBeast. 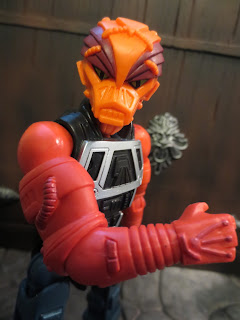 *The head sculpts on both heads are quite good. They're both robotic but the orange one is more insect-like while the green and black one seems more bio-organic. Honestly, he kind of reminds me of Blast Attak. I've always felt that Multi-Bot was a little generic but this figure really help him to gain some points in my eyes. There's a lot of character in these headsculpts. 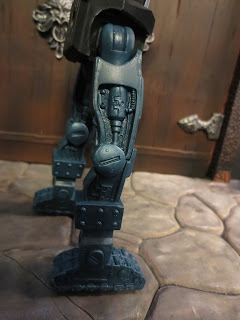 *Each of the extra pieces here also is covered with nice robotic sculpting. Lots of wires, panels, and screws. I've head a few people mention that Mattel could reuse a number of these parts to help create many of the New Adventures figures that have yet to be released. I'd totally be OK with that. If you like the New Adventures retro-space style, I think Multi-Bot will appeal to you as well. 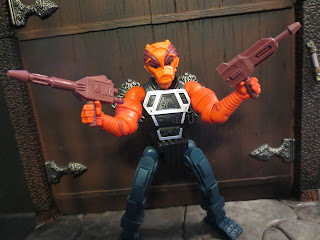 *Like Modulok, Multi-Blast has a laser rifle that splits in to. It can be wielded as one weapon, dual-wielded, or split between both bodies. It's a nice accessory that also conveys Multi-Bot's gimmick. 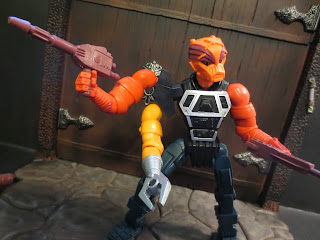 *The additional pieces let you do some cool things with the figure. Want him to wield multiple arms like Spiral from X-Men?  Just use one of the dual adapters. Want him to have two heads like Two Bad? Do it, bro! The adapters are numerous and allow for some fun combinations. 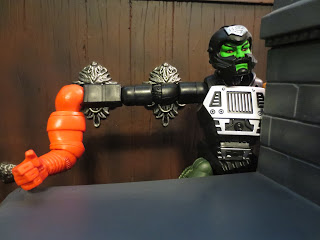 *Just another example of what the extenders and adapters can do. Check out the reach on this guy! Unreal! 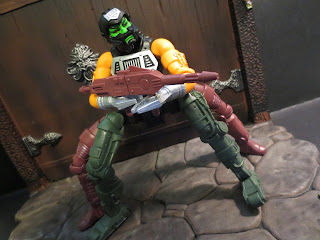 * The extra legs give you the chance to really customize a figure to your liking. There are two sets of tank tread feet and one set of regular robotic feet. 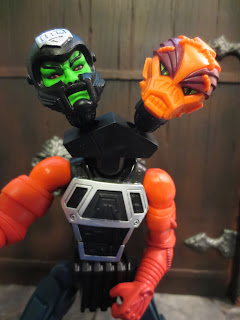 *I love how bright and colorful Masters of the Universe characters are but Multi-Bot's color scheme is just all over the place. That's not really current Mattel's fault, as they're trying to replicate the vintage toy, but it definitely can be initially off putting. It makes Multi-Bot look less like a transforming robot and more like a mish-mash of parts. Which, I kind of guess he is. 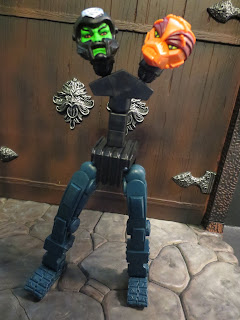 * An extra set of arms would have been welcome. I think it would have given the figure a lot more versatility and the ability to do more crazy things with it. 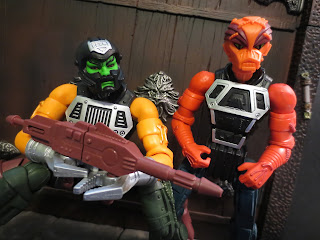 Multi-Bot is awesome. Mattel improved on the design work of Modulok to release an even more technically impressive figure. I don't like Multi-Bot as much as I like Modulok, partially due to the design and the color scheme, but he's still a very, very high quality figure. I wish he'd come with another set of arms to add some more diversity to the designs but, at the end of the day, there's still plenty to love about this guy. Easily a Great and a 1/2 addition to MOTUC and another solid addition to what has been a stellar first half of 2015 for this line. 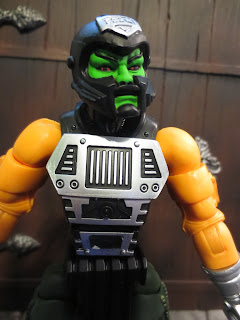 I've reviewed plenty of MOTUC figures on here, including: