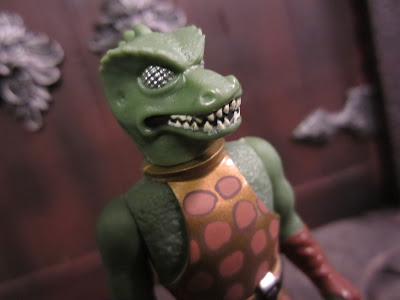 I'm not a huge Star Trek overall; My love is restricted to the original series and most of their films and the . Actually, I'd wager I'm a bigger fan of the retro action figures being produced by companies like Funko than I am of Star Trek in general which is why I ended up buying this Gorn. The Gorn is part of the second series of Star Trek ReAction figures from Funko. To be honest, regardless of how you feel about Gorns, this is a striking looking retro styled action figure. The Gorn only appeared in one episode of the original Star Trek series, season 1's "The Arena." Ready for a closer look at the Gorn? Then join me after the break... 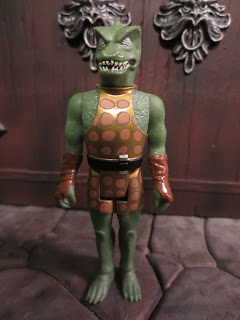 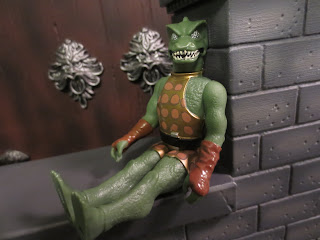 * With every new release in the ReAction collection Funko seems to be continually improving their figures. The plastic quality and joints just feel better and sturdier overall. 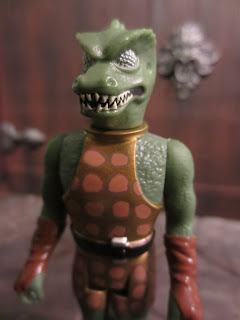 *While the human figures in the ReAction series intentionally have those vague, Kenneresque likenesses to them, their creatures and aliens are pretty solid. The Gorn is fantastic! While he's done in the flat style of retro 5pt figures, he's nicely detailed and painted. I love his textured skin, shiny outfit, and grid-like eyes. This guy would look amazing next to even modern 5pt Star Wars figures but still could fit into a vintage collection. 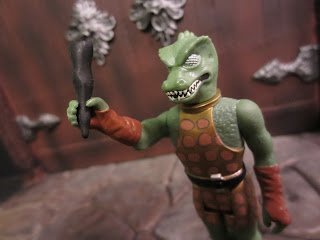 * The Gorn comes with a primitive club. It looks like the club he used in the episode and fits easily in his hand. I count any accessories here as a win and it's nice to have something for this guy to hold in his claws. 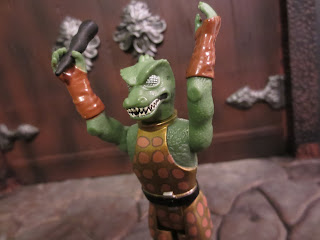 I'm really impressed by this guy. The Gorn is not at all one a favorite of mine or anything but he's definitely a staple of pop culture. Even if you don't know his name or can't identify where he's from, he's recognizable. He's appeared on The Big Bang Theory a few times as well, I believe, so maybe collectors of Bif Bang Pows! The Big Bang Theory line will want him for their collections, too. This guy would go great with your horror ReAction figures, your vintage Star Wars figures, your Twilight Zone retros, or any other ReAction's you've picked up. I'm a fan and feel justified this guy a Great and a 1/2 rating.