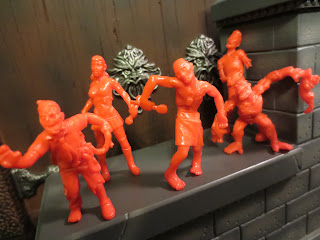 Today I'm recycling a bit! In early June I showed off the first series of October Toys' Z.O.M.B.I.E. figures that I found while on a road trip. I liked them quite a bit and noticed that October Toys was still advertising that an airsoft gun shop, Tsunami Tactical, was supposedly still carrying the Red Edition of series 1. I clicked the link and quickly purchased my set. It took a few weeks but my set finally arrived and I'm just not getting around to showing it off. These are the exact same figures as the "Flesh" colored series 1 figures but now cast in a cool red plastic. My descriptions for these figures are the same but the pictures are knew! You get something to read today and I have less work to do! Everyone wins! Ready for a closer look at these? Then join me after the break... 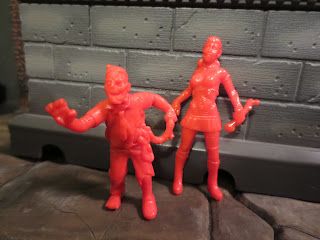 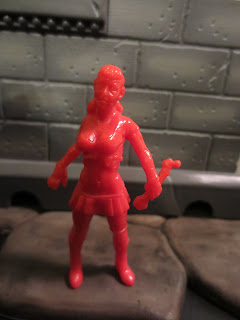 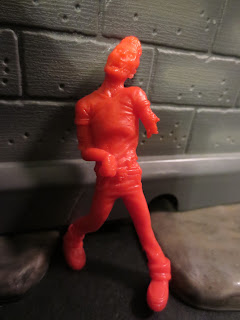 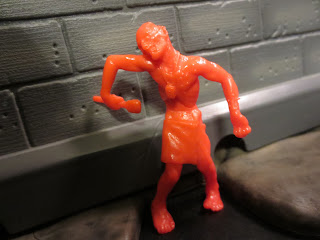 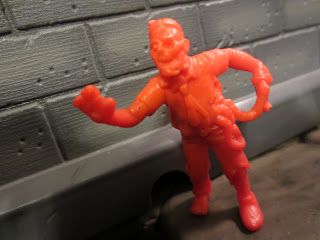 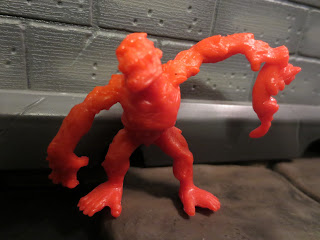 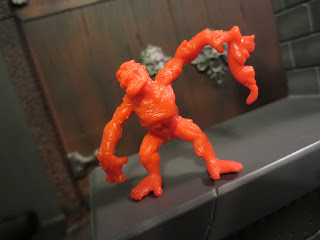 I always love the quality and detail that October Toys puts into their minifigures and the cast of Z.O.M.B.I.E.S. are no exception. I will complain a bit, however, that they don't stand particularly well on their own. That's a bit of a problem with minifigures as standing around and looking awesome is basically what they do. They're still fun, though; I wonder if October Toys will ever revisit this line? There are plenty of zombie minifigures out these days and with the success of their other properties like OMFG! and OTMF!, maybe they've just decided to move on. Hopefully they're moving on to more Skeleton Warriors! Anyways, these were a fun find for me and for the $5 I paid for the set (plus shipping), I can't complain too much. These Z.O.M.B.I.E.S. easily warrant a Good and a 1/2 rating from me. I'm not sure whether I prefer the basic colors or the Red Edition more, though.