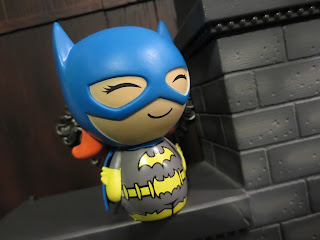 There's a new vinyl collectible series out that's taking a variety of pop culture characters and making them adorable: Dorbz! Dorbz are a new take on the mass produced vinyl collectible figures in a similar vein to Funko POPs or any of the minis from Kid Robot. I haven't paid too much attention to these but I did have to get a Batgirl for my Batgirl collection. The figures in the Batman series of Dorbz sell for between $8-$12 dollars each and offer a wide variety of characters to choose from: Two versions of Batman, Robin, Joker, Harley Quinn, Penguin, Catwoman, Poison Ivy, Riddler, Scarecrow, Killer Croc, and Batgirl of course! The name Dorbz seems to be derived from the slang term "dorb" meaning adorable. Ready for a quick look at this totally dorb Batgirl? Then join me after the break... 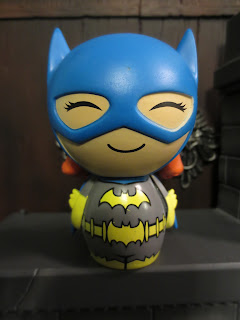 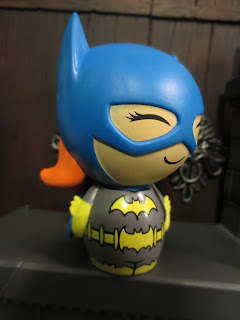 *This Batgirl Dorbz is sturdy and well balanced, something that's really important with vinyl figures like this. To be honest, the swivel head is probably included as more of a convenience for production and assembly than as an intentionally functional point of articulation but it works. It gives the figure a little opportunity for some customization in the pose. 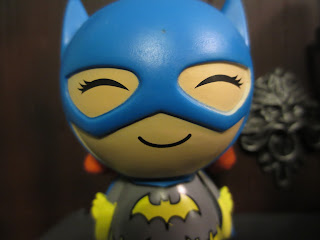 *I like the style of these. Every Dorbz figure seems to have a smile and closed eyes. Something about these reminds me of the DC Scribblenauts designs but those don't all have smiles or closed eyes.

*It's tough to see in the pic but Batgirl has a soft vinyl cape permanently attached to the head sculpt. 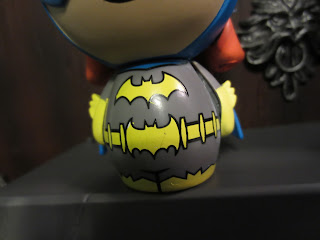 *The black line work on Babs' utility belt and bat emblem is neat and clean but there is a lot of messiness and slop from the yellow paint. If you look closely you can see a number of defects. If you can look at these in a store and pick one up, go for it. 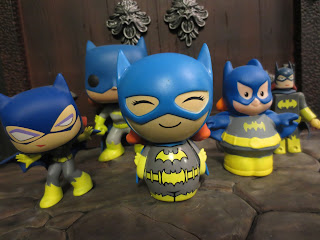 Will Dorbz take off the way that Funko POPs have? Only time will tell! They seem neat but I hope they can tighten up some of the paint operations to really create a nice, clean figure. When you have a toy as simple as Dorbz, you really have to perfect the paint operations to make it desirable. The sculpt is obviously plain and simple: The sculpt is what stands out!  This is a nice addition to my Batgirl collection, however, and I'm giving her a Good and a 1/2. Batgirl fans and Dorbz collectors should consider adding Babs to collection if possible


I haven't reviewed any other Dorbz, but I have reviewed plenty of Batgirl collectibles: