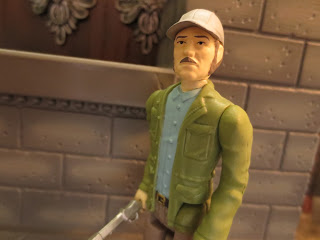 Coinciding with the films 40th anniversary, Funko's Jaws ReAction line has quite possibly been one of the most anticipated new toylines of the year. What can I say? People love Jaws! It's one of those seminal film classics that continues to hold up well over time but which has never had that much merchandise attached to it. There have been various Jaws themed trinkets sold over the years at Universal Studios and of course there is McFarlane's Movie Maniacs boxed diorama of the Orca being attacked by Jaws, but that's about it. Considering Jaws hit theaters less than two years before Star Wars and, in many ways, paved the way for Star Wars to become a blockbuster hit, releasing these characters as vintage styled action figures feels like it makes a lot of sense. Today I'm looking at Quint, the salty fishermen and captain of the Orca played by the late Robert Shaw. Ready for a closer look? Then join me after the break... 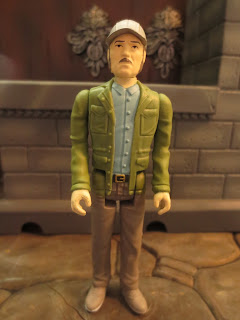 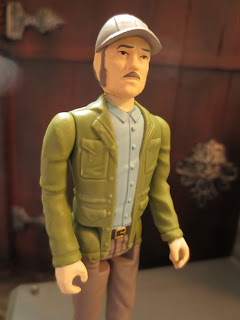 
*Funko has really improved their ReAction figures this year and has delivered a steady string of hits. The Jaws line seems to be another solid property for ReAction and, if Quint is any indication, also seems to have excellent quality. Quint just feels nice and durable like many of the toys you remember from your childhood. His outfit, while not unusual or anything, is handled very well for a figure in this style. I love the look of the jacket over the brown slacks and blue button up shirt. 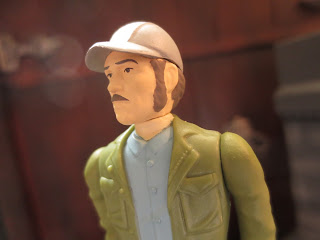 *It's often tough to gauge a likeness on these figures as sometimes they're fairly accurate while other times they're intentionally off. I will say, though, that Quint is quite passable for Robert Shaw (it's the sideburns that really help). Even if it's not a spot on likeness, Funko's ReAction headsculpts look so much better than this year than on last year's lines like Firefly, Back to the Future, and Escape from New York. Those heads looked waxy and generic; a figure like quint has some character to it. 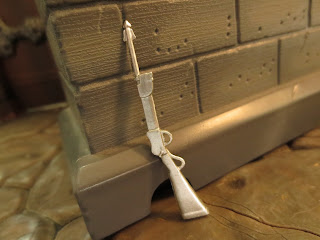 *While Quint could have been packaged with a can (possibly crushed) of Narragansett beer, Funko opted to give him his harpoon gun. It's a bit fragile on the harpoon tip but overall is a nice looking accessory. It's molded in a nice silverish plastic and looks excellent in Quint's hands. 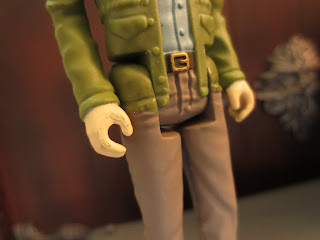 * The only real negative I have here is that Quint's hands have an odd, messy paint mes son them. It's not horrifically distracting (maybe this is what happens when you crush too many beer cans) but it is a bit unsightly. 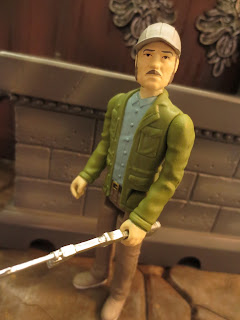 Quint's a fun ReAction figure. I'm not sure that most people would recognize him right away by just looking at the figure but if you display him with the rest of the Orca's shark hunting posse (Funko has also made Brody and Hooper) or with the shark (they've made the shark, too) it should be easy to tell who he is. Because of the simplicity of the ReAction format Funko is able to put out a tremendous number of figures across a variety of licenses. Jaws definitely seems like one of the coolest licenses they've picked for this year and they've really executed these figures well. Quint is a Great ReAction figure and well worth hunting down for any Jaws fans.

I haven't reviewed any other Jaws figures on the site, but I have reviewed plenty of other ReAction figures: