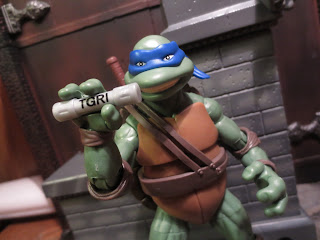 Today I'm looking at the second figure in the newest installment of Playmates Toys' new Teenage Mutant Ninja Turtles Classics Collection based on the 1991 film Teenage Mutant Ninja Turtles: The Secret of the Ooze: Leonardo! These are exclusive to Walmart and I managed to track down the entire set about a week ago. I have to admit that while I haven't picked up any figures from Playmates' Nickelodeon inspired line in at least a year I have a true weakness for the original movies. Heck, I love the 2007 TMNT as well (and the accompanying toyline). For someone who was the perfect age at one of the heights of Turtle-mania in the late 80's and early 90's I have such incredibly fond memories of these films. I remember being so excited for the original film that I threw up in line, unfortunately meaning that I had to go to a later showing of the movie. While The Secret of the Ooze definitely doesn't hold up as well as the first film, I have to admit that as a kid and for years afterwards it was my favorite TMNT film. I liked the original movie as a kid but TSOTO just felt more like the cartoons and toyline to me which were my preferred methods of TMNT consumption as a child. While I sadly thought that the 2014 film was rather lackluster and forgettable (something that I find difficult to conceive of in a TMNT film) I do have high hopes for Teenage Mutant Ninja Turtles: Out of the Shadows as it seems to be trying to capture the over-the-top feel of the current animated series. Will that movie turn out to be any good? Who knows? For right now let's focus on this Leonardo figure! Since there is a good amount of reuse between these figures, expect a good bit of reuse from my earlier review of Donatello from this line. Ready? Then join me after the break... 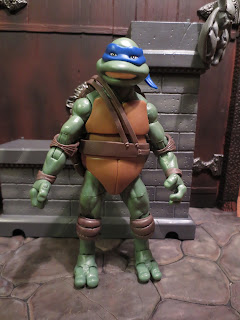 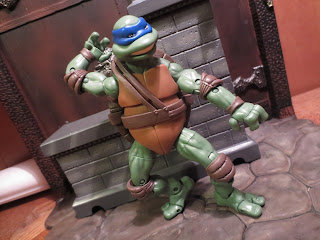 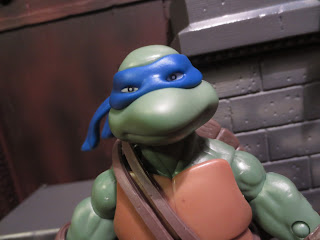 * I love the headsculpts on these. While these aren't insanely "movie specific" they definitely have a film feel to them. I really like the use of a separate piece of plastic for the bandanna over the eyes as it gives the figure a bit more of a layered feel, as does the belt. It's also a separate piece that, while not removable, helps the figure to seem just a but more intricate. 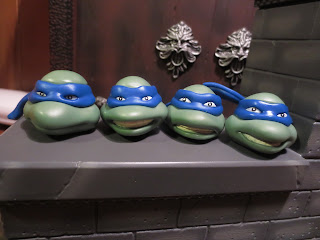 * Here's something I find amazing: Leonardo comes with four interchangeable headsculpts. Four! That's crazy! I'm not sure I own any other figures that came packaged with four different headsculpts. They're all unique, too (not shared with his brothers). I know there isn't a ton of paint work here but they look great and give you a wide range of expressions and bandanna positions. Yes, some of the bandannas are hanging straight down while others are sculpted in a flowing position. They're super easy to swap, too. Awesome! 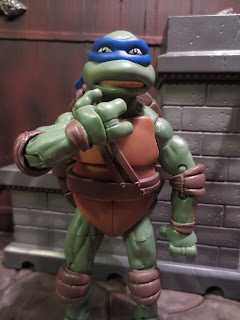 * Other than the heads and belts each turtle in this set shares the same body, which is just fine as the turtles don't really have very different builds in the film. Of course, as far as I can tell these are pretty much the exact same figures as the Classic Collection figures based on the original 1990 film which were released in 2014. Usually I'd be a bit peeved by this reuse but honestly it seems to work here. I'm sure there are differences between the costumes in the two films but it's not something I can identify easily off hand. Furthermore, these are decent sculpts. They're certainly not NECA quality or anything but they're definitely quality work for Playmates. I'm just glad that they didn't reuse the smoother cartoon based Classic Collection figures. I also like that Playmates did use different skin tones for the turtles. It might not be movie accurate but it feels right. 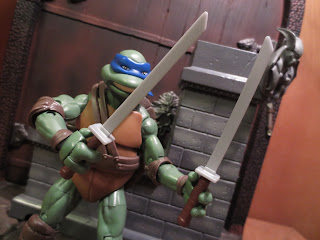 * Leonardo is packed with his two katanas. They're not the most complex sculpts but they work for these figures and do feature painted handles. They're neither overly bendy not brittle and look great in Leonardo's hands. They actually look pretty menacing, too! 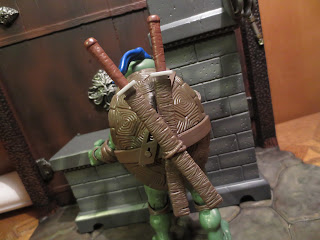 * As you would expect, you can store Leonardo's katanas in the sheathes on his back. The sheathe is actually a removable piece that plugs in to the belt and can be removed if necessary. 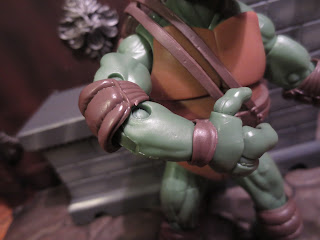 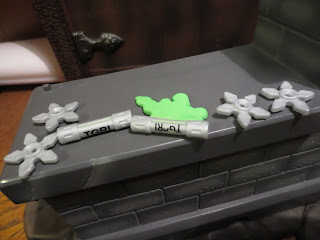 * Leonardo also comes with six other accessories: Four shuriken and two TGRI ooze canisters! The shuriken are simple but cool little extras and Leo can actually hold them rather nicely. The cooler accessories might be the tw TGRI cans, though, as one is a solid canister while the other is a broken can leaking ooze. The paint quality is nothing incredible but these are still really neat and fun accessories. Remember how cool the little ooze cans that came with Super Shredder in the vintage line were? That's how I feel about these! They're a big part of the film it's cool to have them included.
The Negatives: 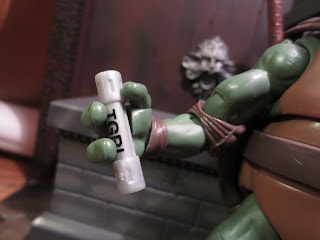 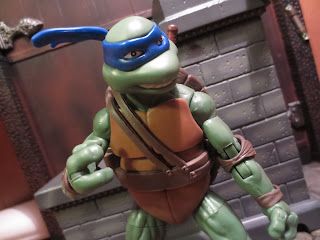 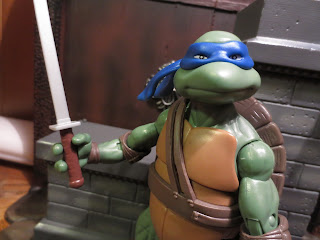 Here's the thing: These may not be perfect figures but my gosh is Playmates giving you a lot for your money. Compare the number of accessories they give you (four portraits and 8-9 accessories, some with paint applications) and the amount of articulation here with anything else on the shelf at your local store. There's no doubt you're getting an insane deal! On the next episode of the Collection Agency Brad and I will be discussing the current trend of high end 1/12th scale lines such as S.H. Figuarts, Mafex, Figma, and others. Take a look at those lines and the typical mass market collector lines like Star Wars Black, Marvel Legends, and DC Comics Multiverse: Which of those groupings does this line more resemble? I'm really leaning towards the higher end lines simply in terms of what's offered. Playmates has given collectors and TMNT fans a pretty great gift with these and me and my little one are having a blast (she loves the TMNT)! Leo, like Donatello before him, also gets an Epic rating from me as he's quite possibly one of the best action figure values you'll find this year!

I've also reviewed Donatello from this same series.
Posted by Barbecue17 at 5/30/2016