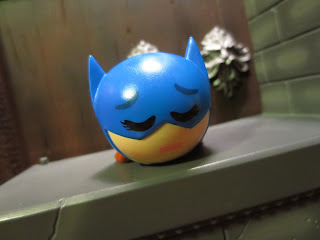 Last Saturday I was out with my wife and the little one and we ended up at a Books a Million. I typically don't purchase many blind bagged items but I'm always curious to see what's out there. I was quite surprised to find out that there were two series of blind bagged trinkets that featured Batgirl items I just had to have. The first and most recent of these two collections is the DC MyMojii collection of little plastic emojii heads by Funko. Fortunately, these were blind bagged and not blind boxed so I was able to sit on the floor of the Books a Million with my very helpful two year old and track down a Batgirl. I was right on my first try! Go me! Each minifigure in this series is available with three different facial expressions (mine is the "pensive" version but there is also a happy and a really happy version) and also comes with a download code for a free emojii. Are emojiis something people actually buy? I thought they were just images you used on message boards to temper passive aggressive posts? Anyways, let's take a look at a pensive looking Batgirl emojii, after the break... 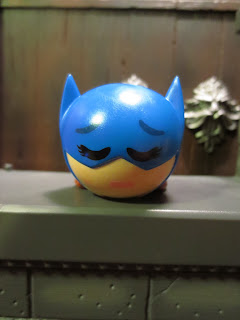 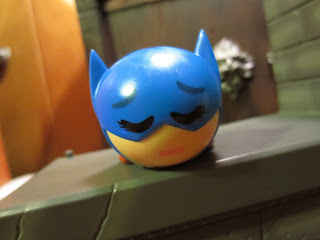 * I got the pensive face, which I have to say is the least exciting face of the three Batgirl faces you can get. As far as I can tell the faces are just printed on so there isn't any extra sculpting to feel for in a blind bag. It's neat and clean, though, and it's clearly Batgirl. I just rarely think of Batgirl as a pensive character though, you know? I mean, she tends to be more optimistic and hopeful. Unless this is somehow tied into Batgirl's role in DC Rebirth. Or perhaps Batgirl just read that new issue of Captain America where he's a Hydra Agent. Yup, I just worked those phrases in to get some extra hits. Trump Sanders Clinton Scandal Unicorn Bieber Taylor Swift Pumpkin Spice! 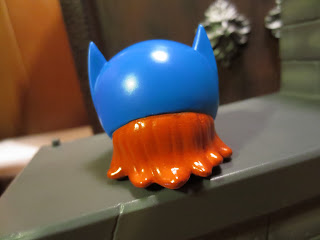 * This isn't just a round, generic head, though, as there is quite a bit of unique sculpting here. It's incredibly smooth but it does fit the style. Turn it around or look from the side and you can see Babs' red locks flowing out the back of her cowl. While the base of the head is flat, the hair gives her a nice extra bit of base to keep her standing upright. 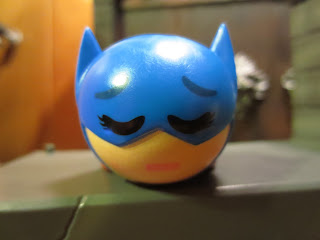 To the right: That face you make when you spent a good thirty minutes on the floor of a bookstore feeling up blind bags for a Batgirl emojii. ----->

These are kind of bizarre. They're a bit pricey for just a head but for someone who collects everything related to a specific character (like me) or for someone wanting an odd little trinket for their desk, these might do the trick. Otherwise, I doubt they're going to set the minifigure collecting world on fire. I really wish they had bodies, as what do you do with just a head? These get an Eh and a 1/2 from me as they're just kind of there.


I haven't reviewed any other emojii inspired toys although I have reviewed plenty of other Batgirl items. Check out all of the Batgirl stuff I've reviewed in my virtual collection!
Posted by Barbecue17 at 5/26/2016