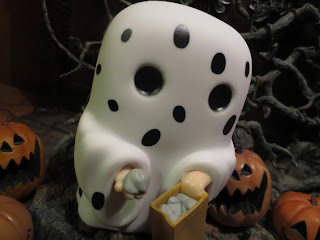 While a few vintage lines will be getting some love this year as part of 31 Days of Toy Terror Lives, there are also a couple of newly released toys and action figures on here, too! One of the lines I'm most excited about featuring is Funko's POP! Television subset of vinyl figures that pays tribute to It's the Great Pumpkin, Charlie Brown! 2016 is the 50th anniversary of that animated Peanuts classic and, to celebrate, Walgreen's has an exclusive set of four POP! figures featuring Lucy, Snoopy, a "Halloween" Charlie Brown, and the masterpiece I'm looking at today: Ghost Charlie Brown! Yes, this is Charlie Brown in his classic ghost outfit that clearly has some accuracy issues. Ready for a look at a toy that truly celebrates a Halloween classic? Then join me after the break... 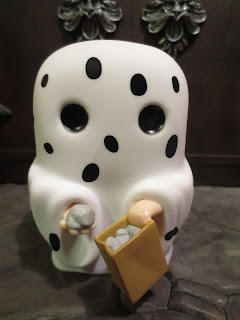 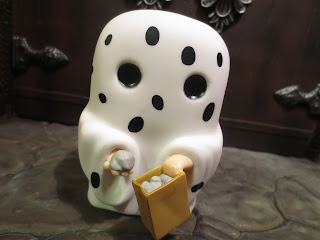 * Just the fact that there exists a toy of Charlie Brown in his ridiculous ghost costume is a positive in and of itself. I really like that funko gave the figure such a soft, rounded appearance. You really can almost imagine that there is a little Charlie Brown hanging out underneath there. Also, the eyes are actually sunken in a bit to give the appearance of actual holes. 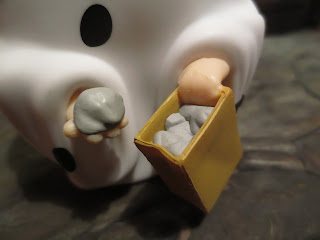 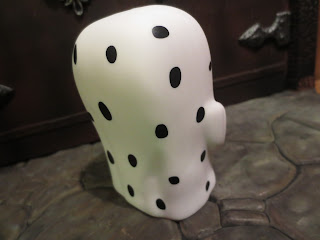 * Charlie Brown was really overenthusiastic about crafting his ghost costume, wasn't he? He's got extra holes all over the place! The extra holes are simply painted on but they look excellent (I like that they're not all perfectly round) and really add to the fun of the figure. 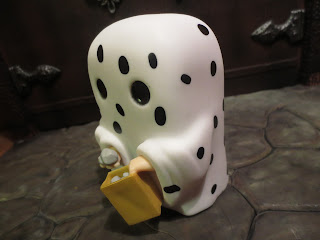 * I'm not really considering it a negative because I'm not sure what Funko could have done, but I do think it's worth pointing out that this figure doesn't have the neck swivel that most other Pop! figures have. It's literally just a single hollow piece of vinyl. 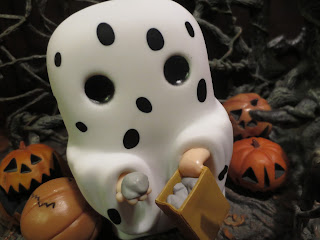 Ghost Charlie Brown is truly a Pop! that plays up to Halloween nostalgia and there's nothing wrong with that! It's a cool little item that looks great as a Halloween decoration, a Peanuts collectible, or just another Pop! in your collection (I always say I don't collect Pop! figures, but the number I own somehow just keeps growing). This is a Great and a 1/2 Pop! and one of the coolest things to emerge from Halloween 2016 so far. Check out your nearest Walgreen's and pick this guy up if you have any love for Peanuts at all. He's too cool to skip.


You know, the only other Peanuts toy I've reviewed on here is Snoopy's Doghouse Display from Forever Fun.