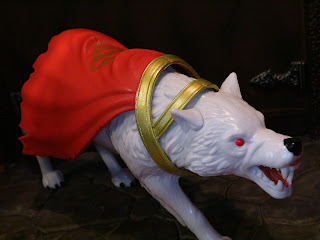 Series 2 of Funko's DC Primal Age only includes one larger mount and this time it's Krypto the Superdog! Since Superman is a series 2 release, it's only fitting that his faithful pup joins him too. While overall the Series 2 figures have felt like they are of a better quality than the series 1 figures I was curious if Funko would improve Krypto the Superdog. While the Joker Beast was a pretty good mount, Ace the Bathound was a fairly weak release. Krypto utilizes the same body as Ace only with a new harness/ saddle combination. Ready to check out Krypto the Superdog? Let's take a closer look after the break... 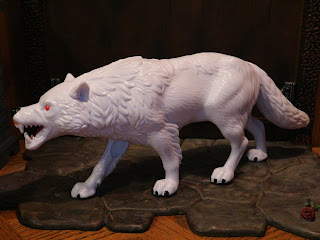 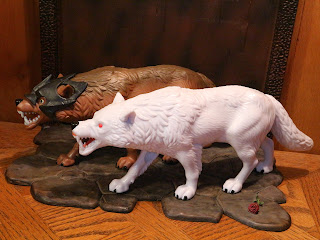 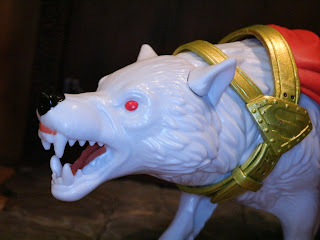 * Having Krypto the Superdog in all white with red eyes definitely makes him look very, very different than Ace. Honestly, I didn't realize they were the same sculpt until I got them in hand. He is cool looking with some rather vicious looking teeth. With Krypto being as huge as he is here he's inevitable going to be compared to Ghost from Game of Thrones. He looks insanely fierce! 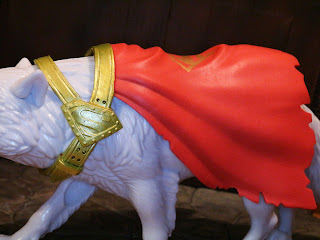 * While Ace's saddle was extremely cheap and flimsy, Krypto's harness and cape combo is rather sturdy. I like how Krypto's harness looks kind of like a collar and serves as the anchoring point for the cape. Yes, rather than a true saddle Krypto features a slightly tattered cape that hangs over his back. It's shaped a bit to allow Superman to sit atop Krypto. 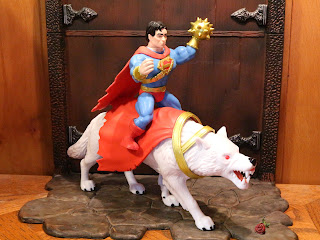 * I've had a difficult time keeping Batman on Ace but Superman seems to stay on Krypto quite well. I wasn't expecting it but the shaped cape and Superman's leg grip definitely help keep him atop his mount. 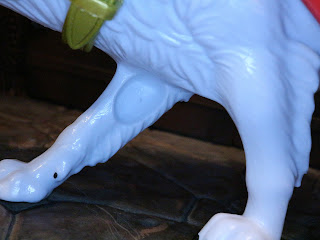 
* Like Ace, Krypto feels hollow which makes him feel kind of cheap. Furthermore, he has these weird hollow indents on his legs. Why? They just look odd and make the figure seem cheap, but not in a classic sort of way. 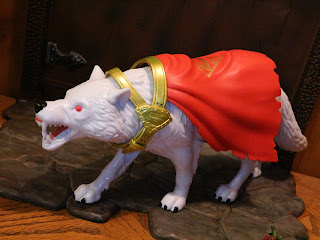 While he's still not as cool as the other mounts or the standard figures in the series, Krypto the Superdog is definitely a step up from Ace. He's a Good figure and while not as cool as the basic figures, Krypto makes for a cool way to display Superman or as an easy to obtain beast to pick up and add to any of your other 5.5 inch fantasy lines. While I'm not sure of the plans Funko has for this line in the future, I would like to continue to see them improve the quality of their mounts. There's definitely a difference between the faux retro aesthetic and a figure that just feels kind of cheap.

It turns out that this is actually the first toy of Krypto I've ever reviewed. For more DC Primal Age figures check out the following: