Toy Review: Man At Arms from Dorbz: Masters of the Universe by Funko 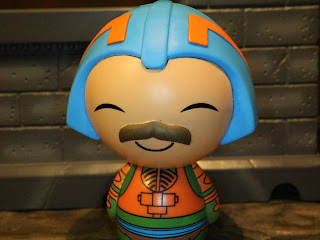 This isn't a new release or anything but I did just recently acquire the Man-At-Arms Dorbz figure (spelled on the packaging as Man At Arms) from Funko. I love collecting Masters of the Universe stuff though I hate collecting Funko stuff as they tend to make so many of their products insanely exclusive. Often it's not even variants but major characters. Still, I'll always pick up a random MOTU character so I was glad to have the chance to add another version of Duncan to my collection. ready to check out the Heroic Master of Weapons in the fun Dorbz style? Then join me after the break... 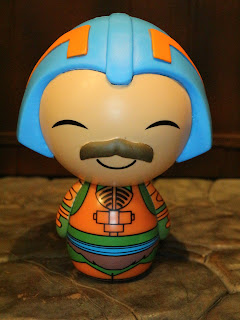 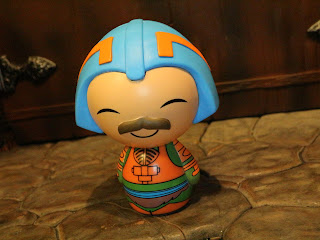 * The Dorbz style is pretty standard: Little People like body, round head with closed eyes and a smile, and painted body details. Duncan definitely favors his Filmation counterpart more than any other incarnation of the character due to his giant mustache and his symmetrical armor. He has a swivel head, which all of the Dorbz seem to have, and a great sense of balance. 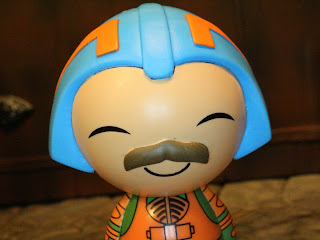 * The headsculpt is simple with the typical Dorbz smile and closed eyes. His uniqueness comes from his large, bushy mustache and his bulky blue helmet. The conquistador styled helmet makes Man-At-Arms instantly recognizable, doesn't it? 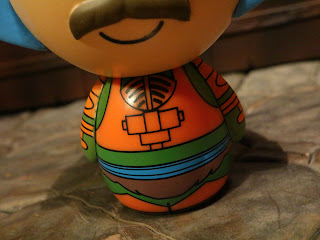 * The details on the body are simply painted on but the linework is clean with simple yet bold colors. You've got some fuzzy brown shorts (you gotta have those) as well as the symmetrical armor on the arms. 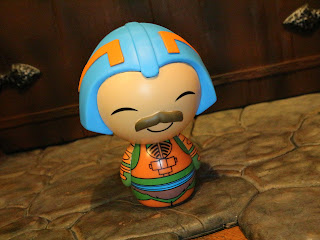 I love nearly anything Masters of the Universe. It's easily one of my favorite things to collect as every design is just so toyetic, no matter the style. Whether you collect Dorbz, love Masters of the Universe, or just want to have Duncan around giving you life lessons on what you learned on today's episode, this is a Good little figure. It's easily found for around half of the original price these days so shop around and get a deal if you're interested. Until next time!


If you're a fan of Man-At-Arms, I've also checked out the Mega Construx Man-At-Arms and the  M.U.S.C.L.E. figures from the #1 Masters of the Universe Set (Green) and the original He-Man, Teela, & Man-At-Arms set.