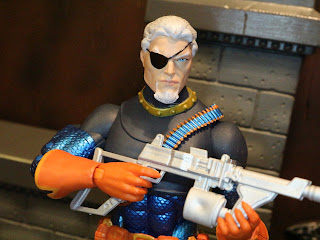 This could very well be my last DC Icons review for quite a few months, as DC Collectibles seems intent on cancelling nearly every figure that I've had preordered for almost a year. I'm most upset about Etrigan, Deadshot, and the Jim Balent Catwoman, so let's hope this newest series of Icons sell better than previous ones to give DCC some more faith in the line. They've definitely improved over the past year or so and the series, while somewhat oddly scaled, has seen some really good releases. One of the things I really like about this series is that while the characters are typically based on their design in a particular storyline, they're all rendered in a standard style that gives them a cohesive appearance. DC Collectibles and DC Direct before them have never been big on offering action figures in cohesive styles and, while I like artist specific figures, there is absolutely something appealing about building a diverse collection in one unified style. While the design of this figure is clearly Deathstroke from the early 1980s Marv Wolfman and George Perez era of Teen Titans, the style doesn't set him apart from any other DC Icons figure. DC Collectibles must like Deathstroke as they've released multiple figures of Slade Wilson over the past few years.  I own a few of them and, let me say, this one might be the best. More Deathstroke coolness after the break... 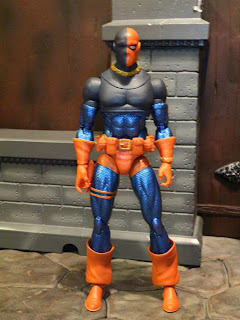 Designed by Ivan Reis and Sculpted by Joe Menna 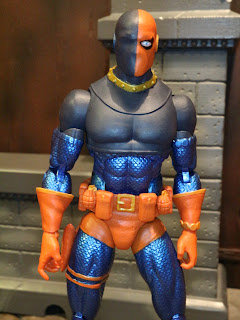 * The design and sculpting on Deathstroke is crazy good. My guess is that if you were to close your eyes and think of Deathstroke, this version is pretty close to the version you would have in mind. It's an iconic costume that just works so well. The mixture of blues with orange work really well and the metallic armored bits are very eye-catching. 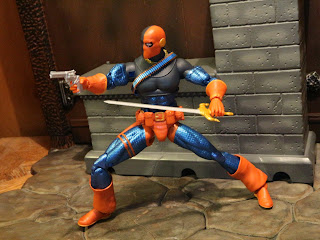 * Deathstroke is also, overall,  really well articulated. He does have some problems with his shoulders (I'll get to them in a minute) but everything else is incredibly well designed. The Icons figures feel really really well made and sturdy, which is a good thing. 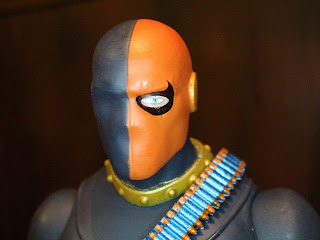 * The masked head for Deathstroke is pretty impressive. Not only is the paintwork neat and clan but the sculpting even shows off some features of Slade's facial features underneath. 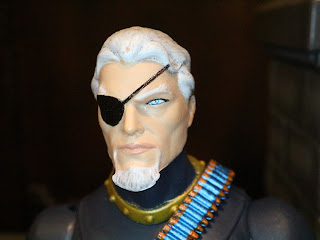 * Of course, maybe you want Slade to go unmasked: Just pop on the second head and you've got a pretty slick Slade Wilson. I love the look of this one. 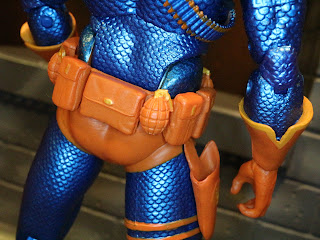 * Not only is Deathstroke's belt really cool and covered with various pouches and grenades, but the colors are quite accurate to the source material. I wasn't initially sure what I thought about the orange grenades but they're definitely accurate and they feature some cool yellow highlights to bring them to life a bit more. Again, I really like the colors and paintwork on this figure. 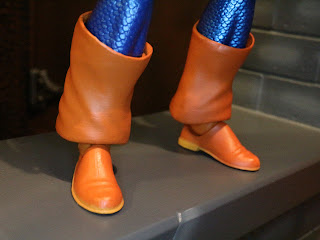 * Of course, Slade is rocking the pirate boots. These are a pretty bold design style choice that maybe hasn't aged well, but Slade still pulls them off pretty well. 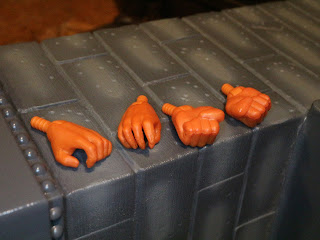 * Deathstroke comes with four interchangeable hands: A pair of fists and a pair of hands that can be used for gripping or holding firearms. They swap out easily, feel sturdy, and give a bit of variety to posing the figure. 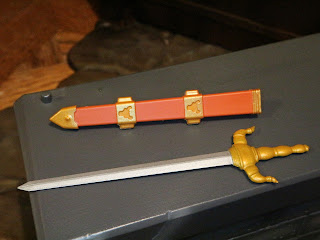 * Deathstroke is armed with a pretty nice arsenal of weapons. First is his sword, which comes with it's own functioning sheathe. 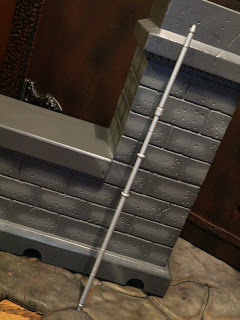 * Second is a bo staff. It's not terribly ornate but it's functional and it works great in a variety of poses. 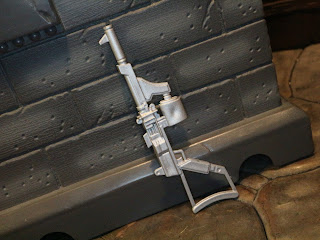 * My favorite accessory of Deathstroke's is this rifle. It looks like a submachine gun of some sort and it's actually pretty accurate to what we see in the comic. It's a great design and really captures a very imaginative comic book styling. 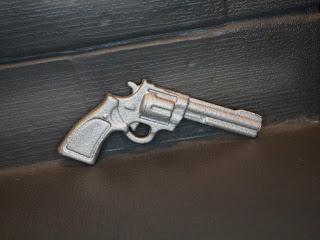 * Last, but not least, is a revolver. It's a pretty decent sculpt and Deathstroke holds it perfectly. 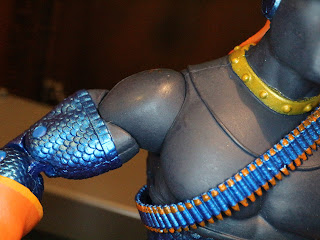 * Deathstroke's shoulders are very odd. The shoulder piece is actually a hollow piece placed over the inner articulation. It looks fine but it seems to rub against the torso too much, impeding the ability to raise the arm much at all. 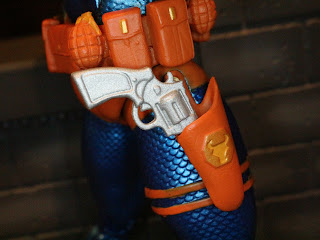 * Slade has a holster on his right hip but it doesn't hold his revolver very well. It's a bit too loose. 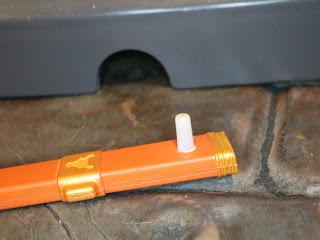 * The peg on the sheathe for Deathstroke's sword tends to come unplugged very, very easily. For some reason, it tends to just pop out on it's own. 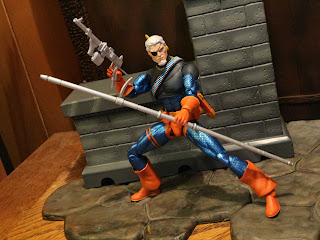 You know what? This is a really, really solid Deathstroke figure. I'm loving him and his classic vibe. He also has a great assortment of really excellent weaponry. He's a Great and a 1/2 figure and one of the best DC Icons releases yet. There are some problems, but they're pretty minor overall. This line has so much potential and I hope DC Collectibles finds a way to revitalize it while still continuing to give us some more unusual characters. 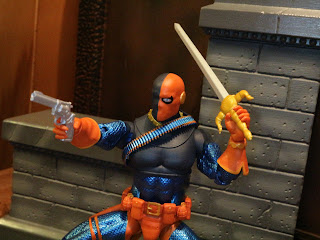 If you're looking for more DC Comics figures, check out the following: