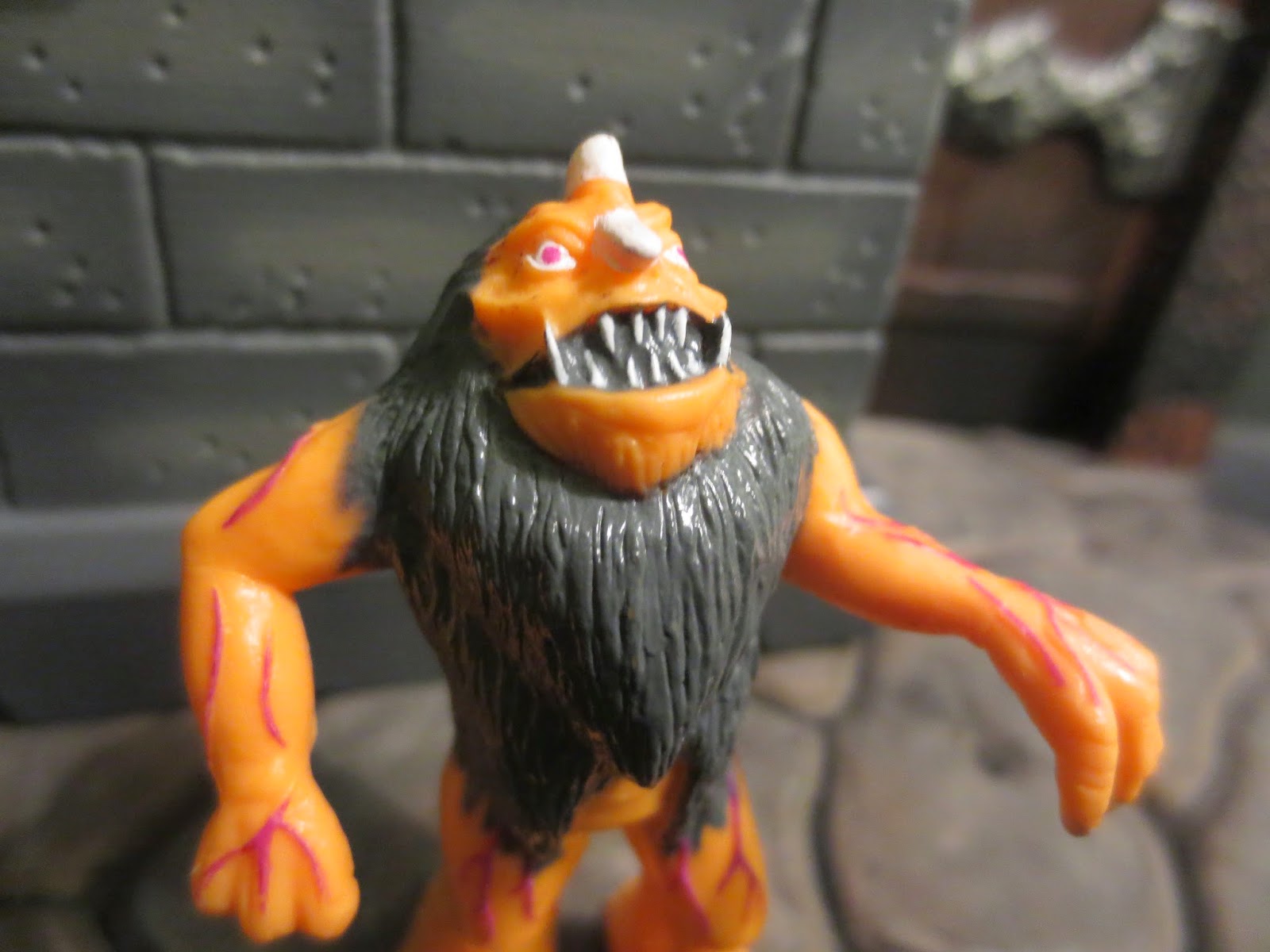 Skuzzbeast, one of the villainous Trashors from the Trash Bag Bunch by Galoob

Created by Mel Birnkrant (of Outer Space Men and Colorforms fame) and released by Galoob in 1991, the Trash Bag Bunch had two things going for it: An environmental theme and a cool gimmick. Skuzzbeast is a solid plastic minifigure of a vicious evil creature that stands just a hair shy of 2 1/2 inches tall. Unlike many minifigures, he's also fully painted. More, after the break... 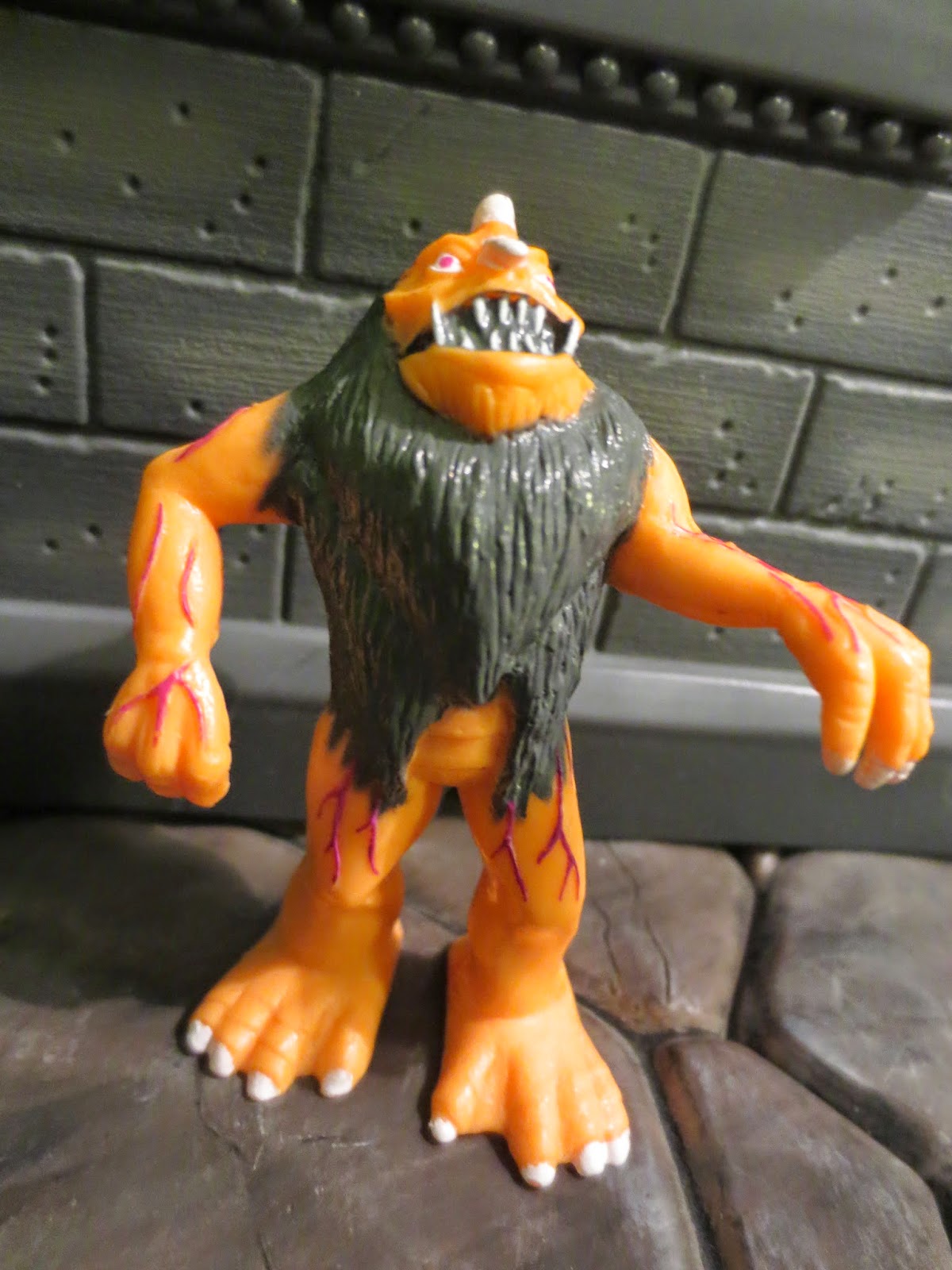 I'm a huge fan of the Trash Bag Bunch and have always liked their bizarre designs that are really all over the place. Skuzzbeast is definitely a neat somewhat generic looking creature (he kind of reminds me of a kid's drawing of Beastman) although the massive amount of dark fur on his neck, chest, and even upper thighs is kind of weird. I definitely think it should have been smaller. He does have some cool little details on him, though, like the large red veins running over his body, the spikes running down his back, and his individually painted sharp teeth. 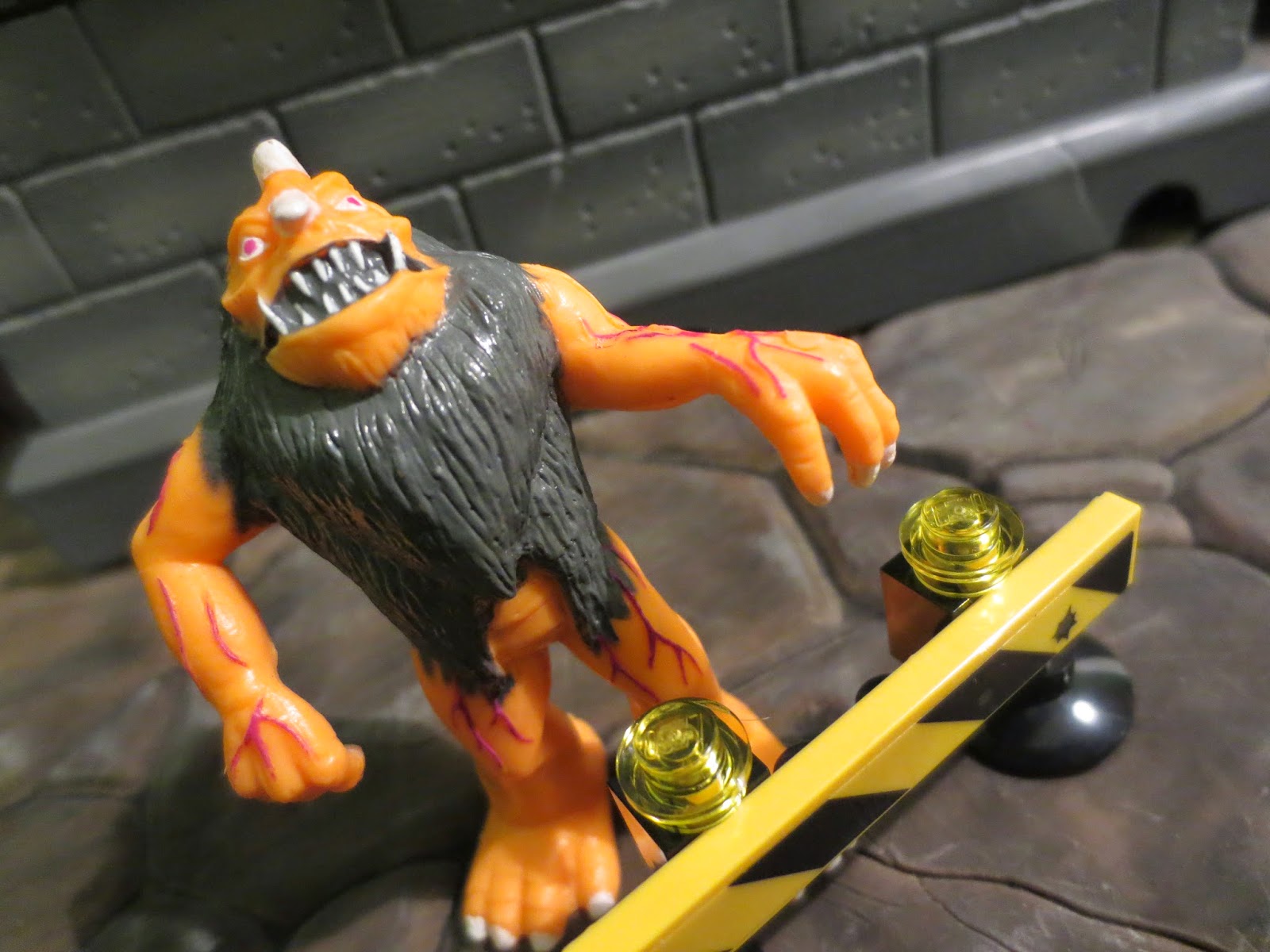 He has a fairly neutral stance that keeps both his feet firmly planted on the ground. His right arm hangs a little awkwardly but his left arm is out as if he is getting read to deliver a slash with his might claws. This guy looks like he might make a good army builder minifigure, doesn't he? 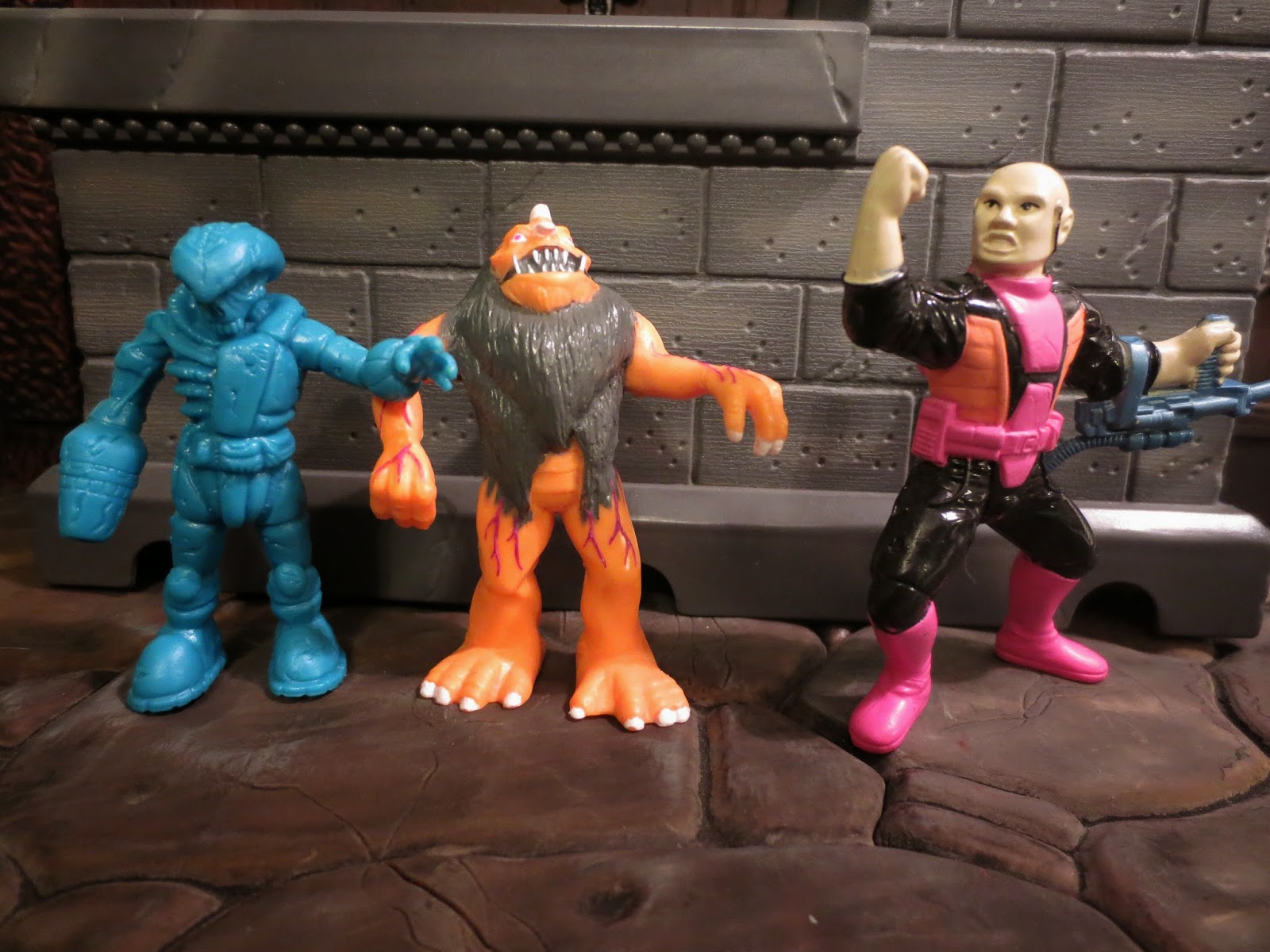 The Trash Bag Bunch figures were sold at most toy stores in 1991. They were sold in little biodegradable trash bags that came on a traditional blister card. When you dropped the bag in water (I remember my parents filling up the sink for me) the green trash bag dissolved and an effervescent tablet inside fizzed, revealing your plastic minifigure. Would you get an evil Trashor or a heroic Disposer? Who would it be? Unfortunately, if you're looking for these guys today you're going to need to try the secondary market. They can be tough to find! 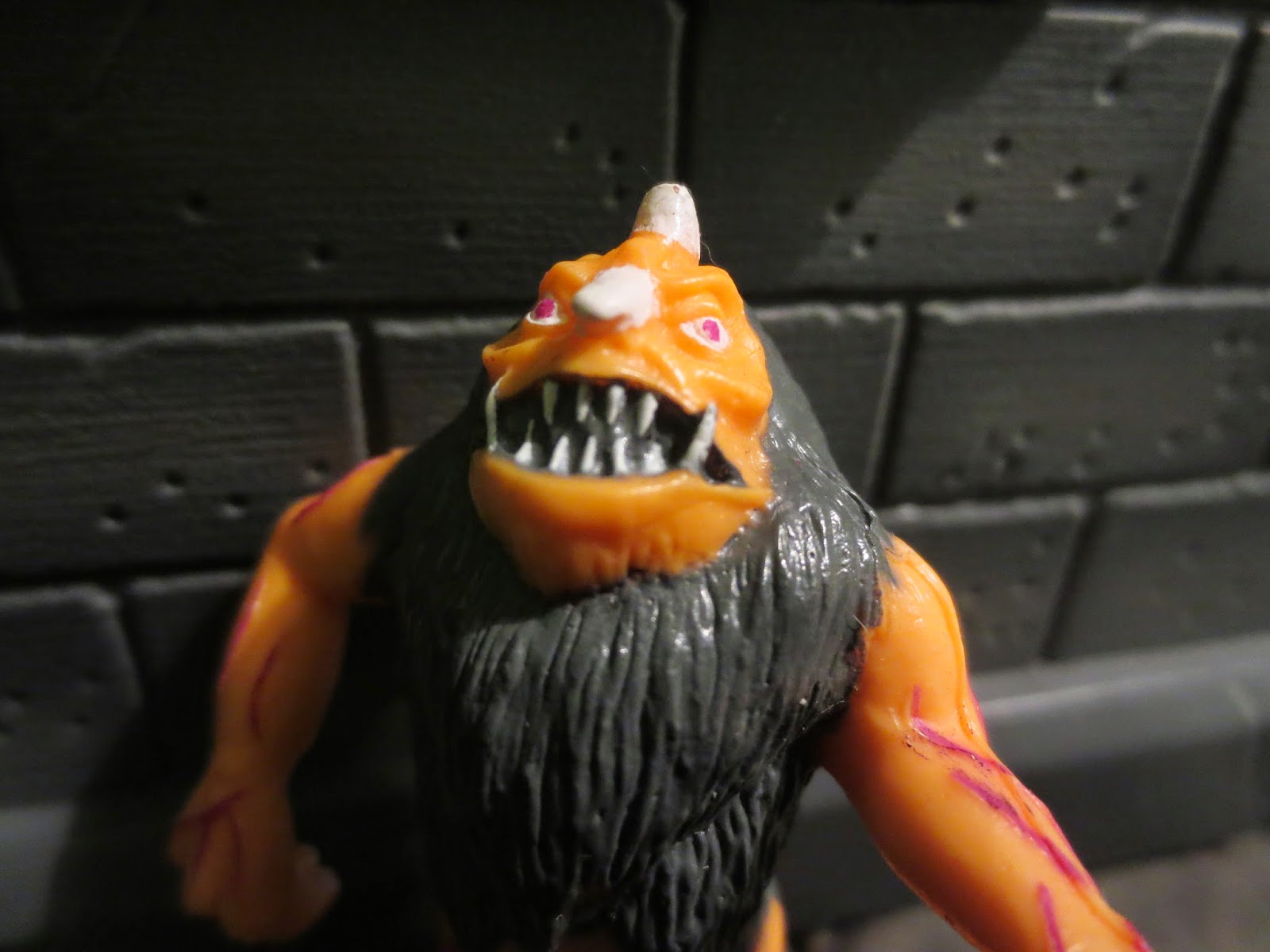 Initially I didn't think Skuzzbeast was the most exciting of the Trash Bag Bunch, but after having him around for a few weeks I can definitely say he has grown on me. He does make a cool beastly villain or generic creature for the heroic Disposers to fight. I like the paint and the head sculpt a lot while I do think the massive furry sweater he's wearing looks a bit silly. Still, I'm giving him a Good. He seems to be a fairly easy figure to find and is definitely a nice addition to a Trash Bag Bunch collection. He's scuzzy, but he's down with that. 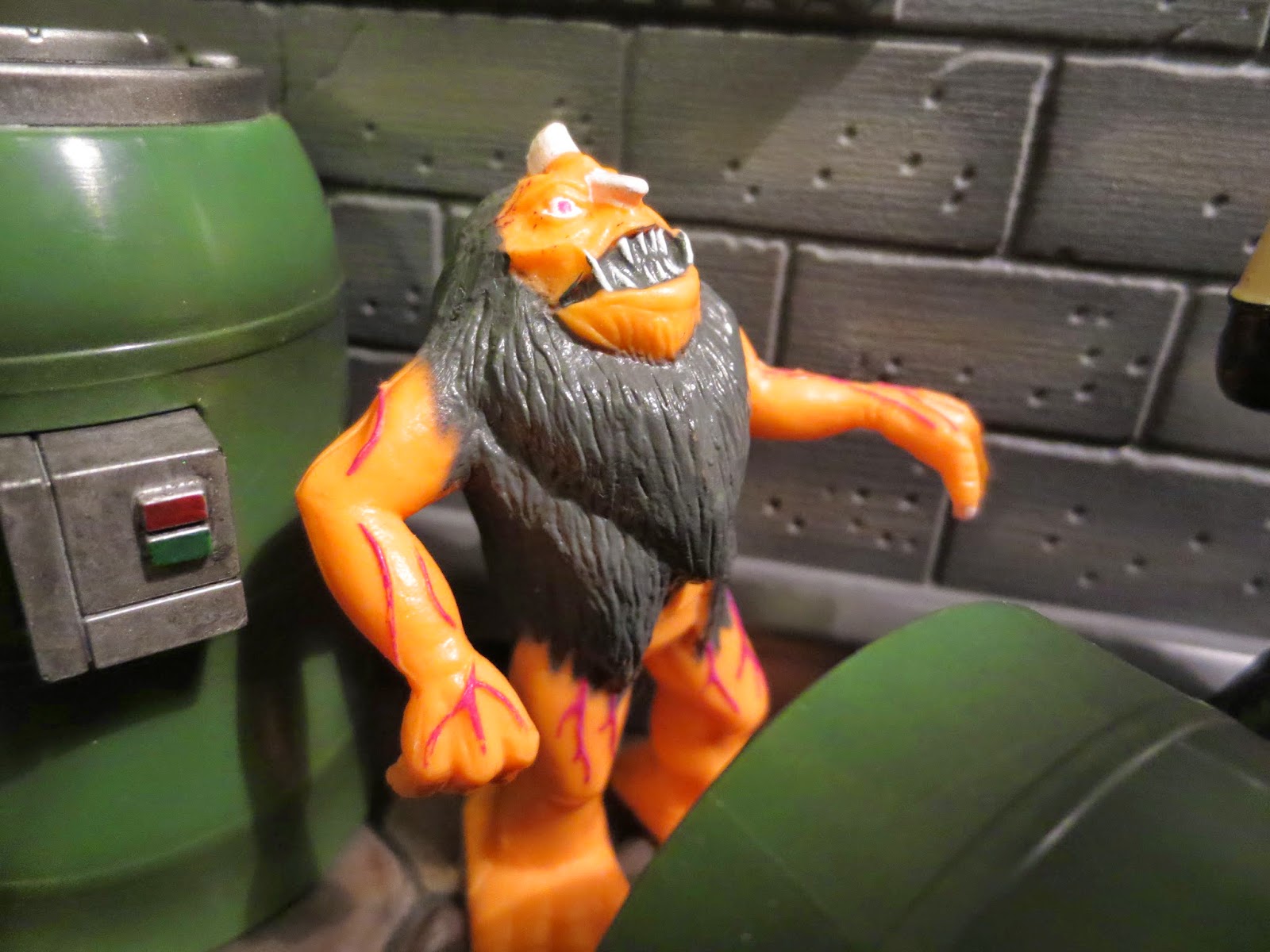