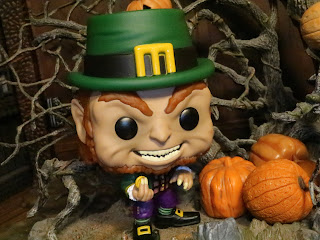 This year's 31 Days of Toy Terror is a putrefied potpourri of random horror toys and while there are a good number of vintage toys included, I've also included some newer stuff I've picked up. Today's terrifying toy is a frightfully fun Funko POP! of Lubdan the Leprechaun from the 1993 Academy Award winning film Leprechaun. Warwick Davis plays the titular leprechaun in the film (and in the first five sequels in the franchise) and he's definitely the reason to watch these movies as he's hilarious. I found this version of Lubdan at Hot Topic back in July and was talking to some other shoppers who were browsing and purchasing POP! vinyls. One guy told me that he was considering picking up the leprechaun because it was the first movie he could recall being terrified of while watching it. I imagine he had to have been pretty young as Leprechaun is a pretty goofy movie. Fun, but incredibly silly, too. Ready to check out this POP! of the little green man who's always looking for his gold? Then join me after the break... 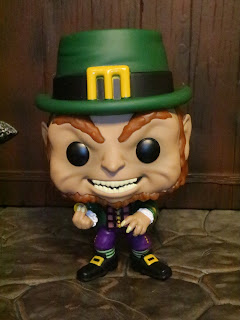 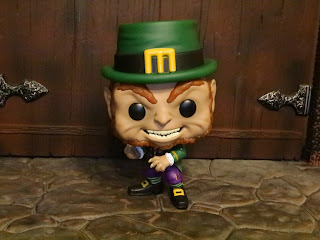 * Lubdan the Leprechaun is a standard Funko POP! vinyl which means he has a swivel head and is only slightly pre-posed. He stands just fine on his own and looks great on display. Put him alongside of your other horror POP! vinyls or stick him out in your living room as a St. Patrick's Day decoration. 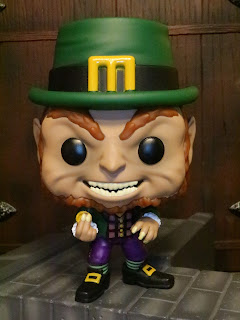 * Lubdan has a pretty snazzy outfit. Lots of colors and some bright yellow buckles. While the height of his head seems shorter than most POP! vinyls, his tall hat brings him in line with everyone else. 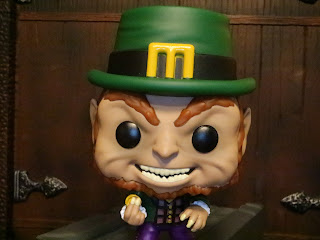 * I like the headsculpt here. While it's definitely very stylized and more "generic" evil leprechaun than the specific look that Warwick Davis had with the crazy amount of makeup and prosthetics he wore, you'll still look at this one and know who it's supposed to be. I'm having a hard time thinking of another evil leprechaun off hand, aren't you? 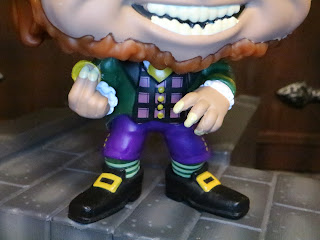 * Here's a close up shot of Lubdan's incredible outfit. I love the plaid vest and the long, sharp nails. He's definitely both stylish and spooky. 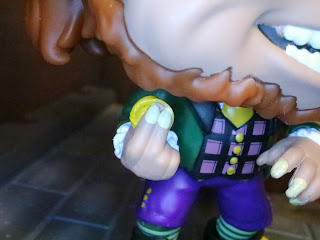 * He also has a piece of his gold which ends up being a key part of the plots of most of the films. You know, when he's not engaging in rap battles and marrying space princesses. 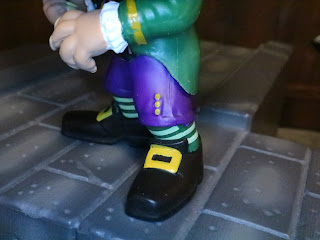 * Lubdan identifies himself as a shoemaker by trade, so it makes sense that he'd take care of his shoes. They're shiny and sporting some sweet buckles. Oh, and he's wearing some rather eye-catching socks. 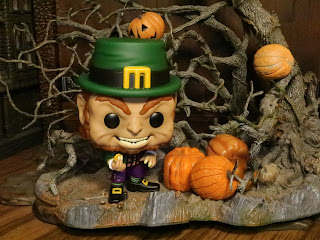 Lubdan the Leprechaun may not be on the horror movie A-list, bit he still makes a strong showing as a recognizable, if ridiculous, character. I love horror stuff that's atmospheric and spooky but also just fun to watch and some of the Leprechaun movies definitely fit the bill. If you like horror comedy B-movie cheesiness, give them a watch. If you like the first two then keep going. I'm amazed that no other company like NECA or SOTA has put out a figure of Lubdan. Funko to the rescue, I guess. This is a Great POP! vinyl of Lubdan the Leprechaun. There's a bloody variant and one with a flashlight out there, too, so take your pick. Just don't be takin' Lubdan's gold!


This is the first toy of Lubdan the Leprechaun I've reviewed. For more reviews from Funko's POP! Movies line check out the following:
Danny Torrance #458 from The Shining
Dr. Ian Malcom #552 from Jurassic Park
Gage & Church #729 from Pet Sematary
Harold #846 from Scary Stories to Tell in the Dark
Jack Torrance #456 from The Shining
Michael Myers #03 from Halloween
Norman Bates #466 from Psycho
Pennywise #55 from It
Pennywise (with Beaver Hat) #779 from It: Chapter Two
Sam #57 from Trick 'r Treat
Sam with Pumpkin & Sack #1002 from Trick 'r Treat
Ski Harry Dunne #1044 from Dumb and Dumber