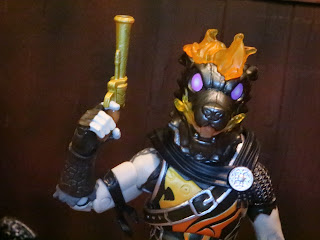 I ended up with quite a few of the Fortnite: Legendary Series figures fro Christmas this year and the next one I'm checking out is Molten Battle Hound.  I'm really only familiar with any of these characters from their appearance on advertising and stuff or if they've already had an action figure made, so I was aware of Battle Hound due to Jazwares including him in the 1/18th scaled line. I don't collect that line o anything, but I do keep up with it, and I dug his gladiator styled design. The Molten Battle Hound is even better, though, as his mask his on fire! Why is on fire? Who knows? It's crazy cool, though, right? This guy was actually only released as in-game costume at the end of March 2019 as part of the Lava Legends pack, so this is a pretty new outfit. Let's check out the figure and see how the Molten Battle Hound stacks up against his competitors after the break... 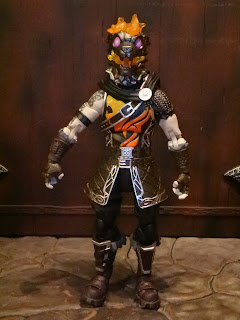 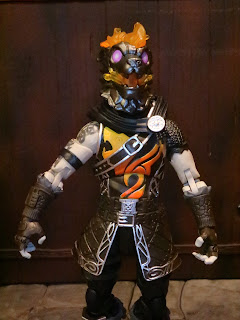 * Molten Battle Hound definitely has a gladiator styled vibe to him as he's wearing a lightly armored tunic, bracers, and greaves, along with some chainmail that's visible on his left shoulder. He has a really cool emblem on his chest that looks like a wolf of some sort, although it's clearly made of flame. Very cool! He reminds me of one of the crazier armors you might have seen in the film Gladiator mixed with something you would see in the God of War series of games. His color scheme is much darker than the standard Battle Hound (who, just for clarification, hasn't been made in the Legendary Series yet) and looks way more menacing. 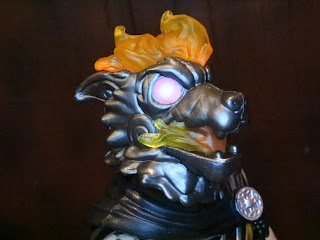 * Molten Battle Hound's helmet is a metal mask of a dog's head, much like Sandor "The Hound" Clegane's helmet in Game of Thrones. Of course, it's also spewing fire and flame. The fame elements are translucent, giving the figure a very eerie and supernatural vibe. There's no way an ordinary warrior could achieve the effect of a flaming helmet, right? 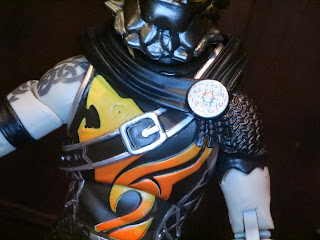 * Here's a close up of Molten Battle Hound's armor to show off some of the cool detail. Besides the fire hound design on the tunic, there's also a separate chest strap and a cloak, both made of separate pieces (but not removable). He's also rocking some sweet, Celtic styled tattoos. 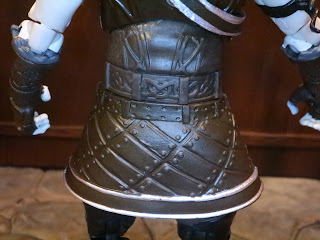 * He's wearing a leather waistcoat that also has some very nice detailing. Seriously, this is good sculpting and it is little stuff like this that makes me excited to see what other lines Jazwares might be working on in the near future. 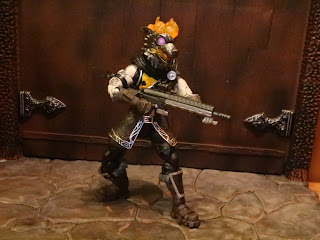 *  Like the other figures in this series, the articulation on this guy is incredible. He feels sturdy, durable, and has articulation that feels like it could give Toy Biz's Marvel Legends line a run for its money. The inclusion of things like toe joints, lots of swivel hinges, double hinged elbows and knees, and butterfly pecs allow this guy to take some crazy poses and uses two-handed weapons with ease. 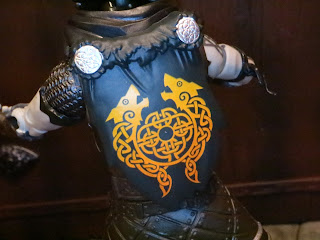 * Molten Battle Hound comes with the Molten Crested Cape, which is a piece of back bling also included with the Lava Legends Pack. It's a simple but cool cape with a great design. 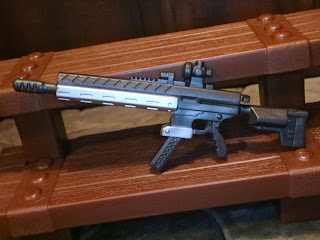 * Molten Battle Hound comes with some really cool weapons, the first of which is called the Tactical Assault Rifle. This is an incredible weapon that is actually based on the modified Sig Sauer used by John Wick in John Wick 3: Parabellum. 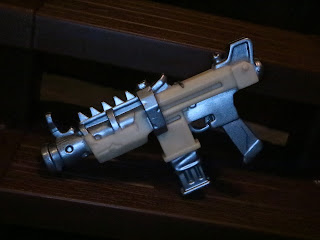 * You also get the Tactical Submachine Gun, a really cool compact weapon with some great paint applications and a seriously wicked design. 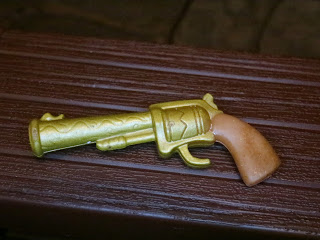 * Molten Battle Hound's third firearm is the Revolver, which looks quite a bit like it's in-game counterpart. While this version looks gold, the in-game model seems to be going for an older and weathered feel, with a patina in various places. That detail is missing from the revolver, but the details on the pistol itself are certainly present. 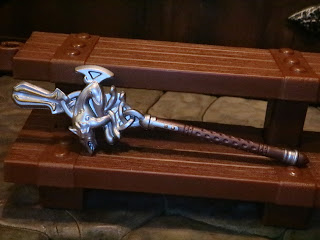 * The Molten Battle Hound has a very cool harvesting tool: The Silver Fang. It's part of the Laoch set of skins in the game and it definitely has a very intricate, very detailed sculpt. This thing's gorgeous and seems like one of the cooler designs for a harvesting tool. 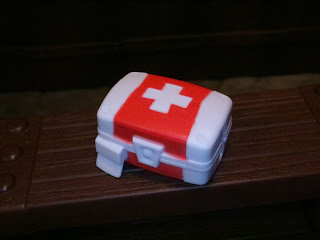 * The Med Kit isn't a new accessory, but who would turn down multiple Med Kits? It's just like the one that came with The Visitor from series 1. 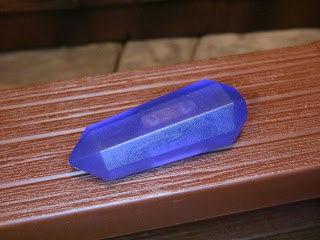 * The Hop Rock is another reused accessory here. It's the same as the Hop Rock which came with Leviathan. 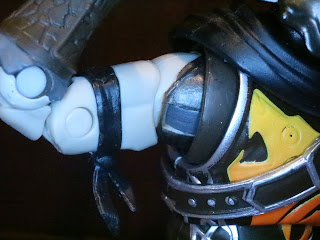 * On my figure, the hinge in the right shoulder just doesn't want to movie. Fortunately it's not a huge issue thanks to the many other joints, but it's still a little frustrating. I think it's fused together. 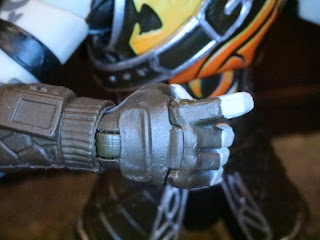 *   My biggest complaint with this line is that Jazwares went with hinged fingers. The fingers move with one hinge and while they're not as problematic as the fingers on older Marvel Legends figures, I still don't like them that well. They have a fairly tight grip, but sometimes they're still tough to use, especially for thinner accessories like the melee weapon or a gun grip.I will say that the more recent figures seem to have tighter grips though, so maybe these eventually won't be much of a problem. 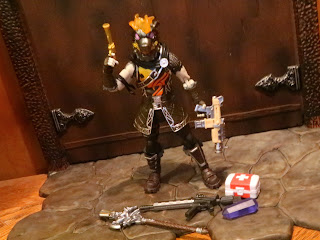 The Molten Battle Hound has an incredible design and sculpt, three firearms and an extremely impressive harvesting tool, and his helmet is on fire. Seriously, those are some pretty good qualities in an action figure. This guy is another Epic release, and even with his minor flaws he's still way more of a value than most other figures you'll find on the market today. The Molten Battle Hound might be the winner of series 3. I've still got a few more to review, though, so stay tuned for more cool Fortnite: Legendary Series figures.