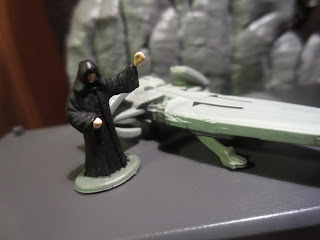 It's time for Micro Review #4 as we're making our way through the Star Wars: Episode I Micro Machines carded sets. Well, the first five anyways (sets VI through XIII are insanely difficult to come by). The Collection #4 is a pretty interesting and desirable set as it includes not only Jedi Master Ki-Adi-Mundi, but it also includes Darth Sidious, AKA Sheev Palpatine. Yup, you can get your own Palpatine in a black robe in this set. Considering that Emperor Palpatine was only released as a figure in the Original Trilogy Micro Machines line three times (once permanently attached to his throne and once in an impossibly difficult to come by Epic Collection pack) that makes him a major character that you probably don't own that many of. Let's take a closer look at this nice little set of Micro Machines, shall we? Join me after the break... 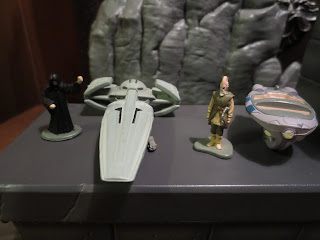 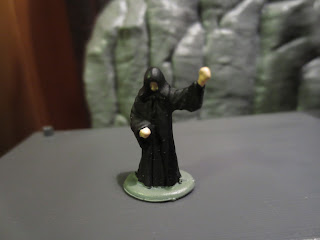 * Darth Sidious! So mysterious and so creepy! Ian McDiarmid getting a chance to reprise and flesh out his role as Palpatine is just one of the many things that justifies the existence of the Prequels. Sidious has some pretty significant scenes in The Phantom Menace so I'm glad we got this guy as a Microfigure. He looks great! His robs are very nicely detailed and rather accurate. I like his gesture, too as it makes for a very interesting figure. 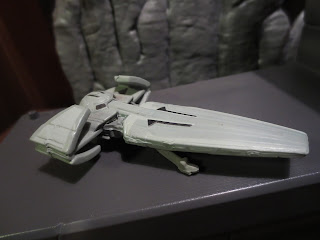 * While the Sith Infiltrator (also know as Scimitar) was included with the Darth Maul/ Theed Generator playset, the paintjob on this ship is actually very different from that one. Actually, I think that one has a more dynamic and more accurate paintjob. This one is a bit plain. It's still a cool looking ship, though. I love how it has some of the features that other future Sith ships would possess. 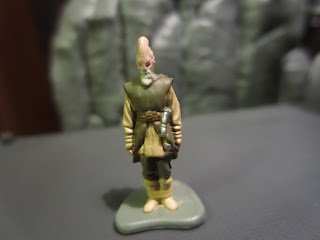 * Considering that Episode I was the first time that we saw multiple Jedi together, it's kind of surprising that Galoob didn't try to overwhelm us with Jedi. I'm pretty sure that Ki-Adi-Mundi is the only Episode I Jedi that Galoob made besides Obi-Wan, Qui-Gon, and Anakin. Ki-Adi-Mundi is a pretty sweet figure, though, with an incredible sculpt. I love the saber hanging on his left hip. What a cool little detail! 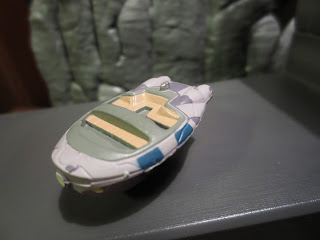 * The Coruscant Taxi is another vehicle that was available in a playset (the Republic Senate) that has a slight paint variant from that release. Unlike the Sith Infiltrator, the Coruscant Taxi in this set actually has a better paint job than the one that comes with the playset due to some extra gold paint applications on the bottom of the taxi. These are cool little speeders and they make me hope Hasbro releases some airspeeders from Attack of the Clones in their new Micro Machines line. 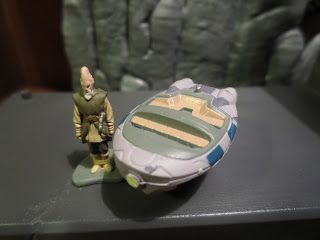 This is another cool set that once again shows that, even with some odd pairings in this line, Galoob totally mastered figures and vehicles this scale. Both of these figures are a big hit (even if they're not in any kind of action poses) and both vehicles are fairly exciting (even if they're available in other sets). This is a Great set and can still be found at a pretty reasonable price (possibly for less than retail). Heck, even if you're strictly an OT Micro Machines collector the Palpatine figure is probably worth a glance.

I've reviewed plenty of other Micro Machines, too, including: