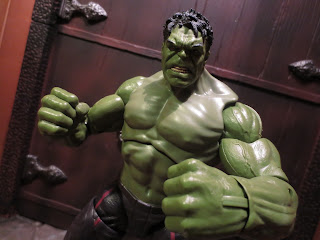 In the next installment of my Heroes-Con haul I'm checking out Hulk from last year's Marvel Legends Infinite Series: Avengers Age of Ultron sub-line. Not only does Hasbro make some cool Hulk figures but my little one is a serious Hulk fan so I had to pick this one up. You've never met a Hulk fan until you've met my little two year old who loves to wear her Hulk t-shirt with purple pants and her Hulk mask (she has Hulk hands but they're still a bit too large for her; she's tiny!) anytime she can. She also sleeps with a massive stuffed Hulk that is still larger than she is! I picked this guy up for both my collection and to share with her during playtime, so let's give him a good once over, shall we? Join me after the break... 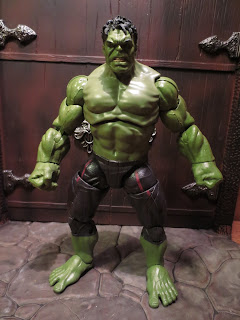 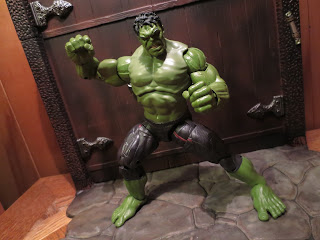 * I love the articulation on this guy! Sometimes larger figures get lesser articulation to their size but Hulk doesn't: He's ready to smash anyone and anything that gets in his way! He's sturdy, well built, and tons of fun to play with! 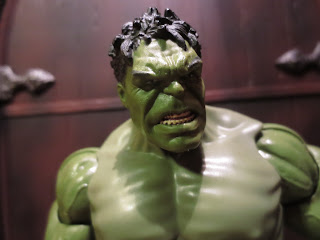 * Oh my gosh! I love this angry headsculpt! This is some of the best work I've ever seen from Hasbro in the Marvel Legends line. The hair, the teeth, the eyes, and the expression are just killer! This guy looks angry! Really angry! 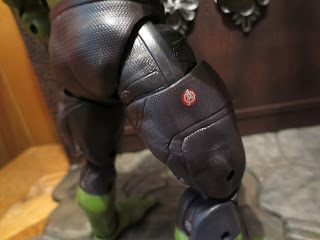 * Rather than just repainting the previous figure, Hasbro went all out and gave Dr. Banner's angry green form his super cool expandable pants. They have a great texture to them and even have the little Avengers logo on the left and right thighs. Very cool detail! 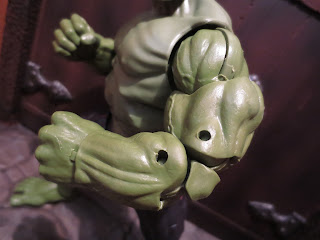 * I love the texture and skin detail on Hulk's limbs (I'll mention his torso in a minute) as it really makes him a much more interesting figure. While parts of his limbs are reused from the original Avenger's figure that was a Wal-Mart exclusive they still work great here. (Fun fact!: I got my original Avengers Hulk in a trade with the Reel Brad Bell of The Epic Review! I traded him the Captain America Nick Fury for Hulk). 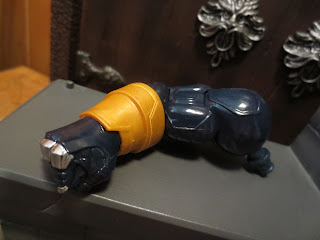 * Hulk comes with Thanos' right arm. Considering that I now own Hulk, Hellcat, and Spider-Woman, I wonder if I should go ahead and try to pick up the other figures in this series to build Thanos. Anyone have any spare parts for sale or trade? 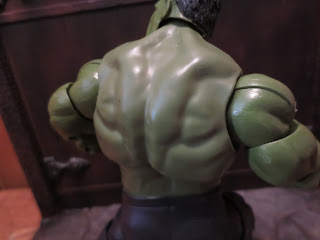 * My only negative with this figure is that while his limbs, hands, and feet are really nicely textured, Hulk's torso is rather smooth. I mean, there's clearly muscles and what not, but it just looks like a different styling than the rest of the figure. Kind of odd, really. I wonder why Hasbro did this, particularly when the Avengers Hulk figure's torso was so good. 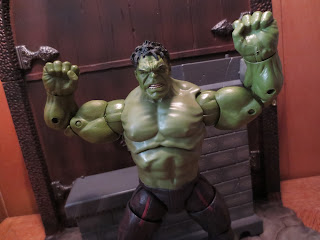 The Incredible Hulk is just a fun character and, no matter what version you're getting, he's just an insanely fun character to play around with. This guy is as good as any of the previous Hulk figures although I think his headsculpt might be the best Hulk I've ever seen from Hasbro. He just looks so pissed! While it's kind of odd that his torso is smooth, the rest of the figure is too amazing. This massive figure gets a Great and a 1/2 rating from me and is easily worth picking up if you can still find him. Good luck!

Marvel Legends Infinite Series: Spider-Man by Hasbro
Jack O'Lantern (Villains of the Night)
Spider-Girl (Warriors of the Web)
Posted by Barbecue17 at 7/07/2016