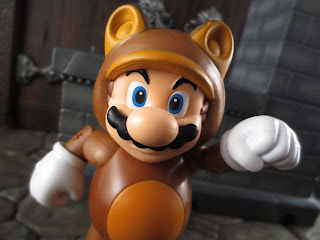 While Tanooki Mario has some different abilities in the Super Mario 3D series, the Tanooki Mario I'm familiar with is the version from Super Mario Brothers 3. While Racoon Mario was the most prominent alternate look in that game, the Tanooki suit was cool just because it was pretty rare and you could use it to turn into a statue. I remember being really excited as a kid and calling it Teddy Bear Mario, because I had no idea what a Tanooki was back then. I actually had to look it up myself just now and it turns out that a Tanooki, or tanuki, is a Japanese raccoon dog. They're pretty adorable and they have a long history of being connected with folklore. They're also often represent in statue form, thus the reason for Mario having the ability to turn into a statue. While we just got Fire Mario in the last series (a simple repaint of the basic Mario), Jakks figured they needed to get another version if the mustachioed plumber out ASAP. Well, here's Tanookie Mario! Learn more about this one after the break... 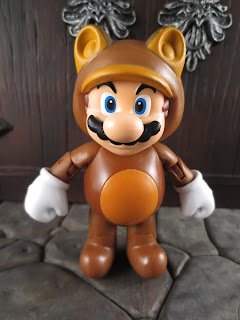 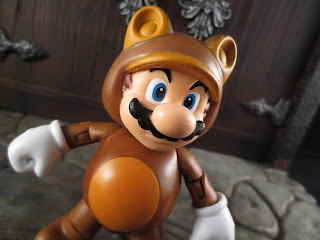 * One of the consistent highlights of World of Nintendo has been that the sculpts are always fantastic. Jakks manages to faithfully capture the smooth, rounded look of Nintendo's characters, particularly those from the Super Mario Bros. games. While the Tanooki suit perhaps looks a bit too smooth Mario's head sculpt is great. I love the look of Mario's face in the Tanooki hood. 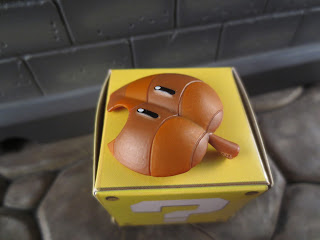 * Check out this awesome Super Leaf! It's Tanooki Mario's secret accessory and it looks incredible. While the Super Leaf originally turned Mario into Raccoon Mario in SMB3, ever since Super Mario 3D Land they've been used to unlock the Tanooki suit. Supposedly they are the leaves of a magical tree called the Tail Tree! The paint work is clean and I love the presence of those classic eyes on the leaf. 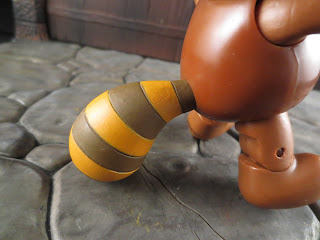 * When I showed Tanooki Mario to my little one, her first words were: "Oooh! Tail Turns!" Yup, Tanooki Mario's tail does have a swivel joint so you can spin it around. It can help the figure find the right balance point since at some positions the tail is heavy and can send the figure backwards. I like the striped paintjob on here. Orange and brown together look great. It's a very 1970s color scheme and I have an old couch in my basement which I refuse to throw away that has a similar pattern. (It was my parents couch, BTW: I'm not that old). 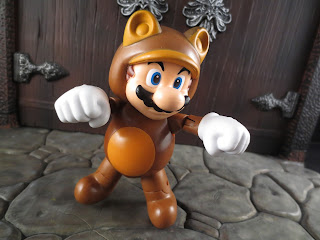 * The articulation on Tanooki Mario is really limited. What's the most frustrating is that while every other Mario figure has had swivel wrists, Tanooki Mario doesn't. On a figure as small and limited as this one, that really feels like a big decrease in motion. Jakks attempted to give Mario a ball joined head but the join really doesn't offer much motion at all. 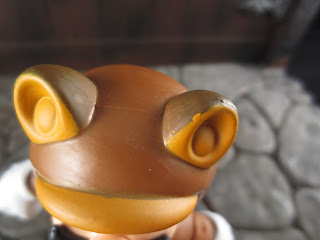 * There aren't too many paint applications on this figure which makes the messy applications stand out even more disappointing. The uneven paint on the ears in particular caught my eye. 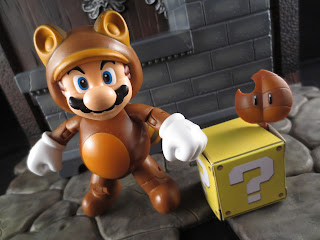 While Gravity Suit Samus and Ocarina of Time Link felt pretty weak to me, Fire Luigi, Tanooki Mario, and the Shy Guy kind of saved this series for me. Tanooki Mario isn't the most exciting or well made figure in this line but the costume is memorable and looks perfect alongside the other Mario figures. Still, he's not a figure I'd recommend to anyone but die-hard fans and he probably only deserves a Good rating. I hope this line doesn't get overwhelmed by Mario figures, as there's a Gold Mario in the next series, but so far they've all been fairly desirable variants.

I've also reviewed plenty of other World of Nintendo figures, including: