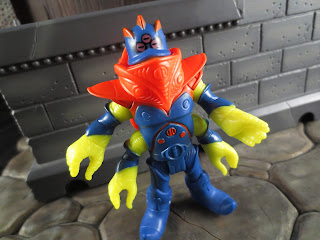 I hardly noticed that the sixth series of the Imaginext Collectible Figures Series began slipping out at the end of October/ early November 2015 but as soon as I was made aware I began looking for them. It took me awhile to find them as I only just picked these up at a Target a weekend or two ago. The Imaginext Collectible Figures Series is definitely my favorite "blind bagged" series out right now for a few reasons. First, it's not really blind bagged. Each figure has a number stamped on the package that lets you know what you're buying, thus eliminating the awkward feeling and guessing game that happens with the Lego and Playmobil figures (this guy is "05". Secondly, the Imaginext figures have unique sculpts. No simple paint schemes to differentiate things: These are individual, unique action figures. Today I'm looking at the figure known as "4 Arm Alien" who is, interestingly, an alien with four arms. Ready for a closer look? Then join me after the break... 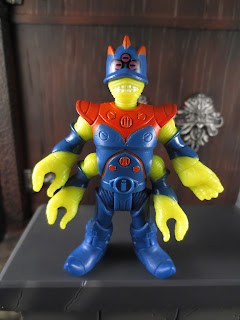 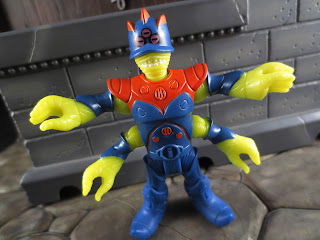 * Obviously, it's a pretty big positive that this figure has four arms. We've received a few other aliens in the Imaginext Collectible Figures line but this is the first one with more than two arms and I'm really digging it. Each shoulder has a swivel/hinge joint while the upper arms also have the standard wrist swivels. 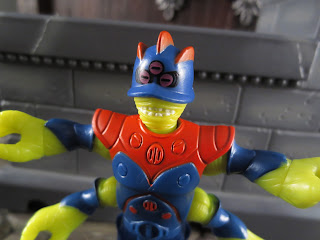 * The 4 Arm Alien has a few really cool features, particularly his headsculpt. His skin is a great electric yellow with just a tint of green that has an odd, pruny texture to it. He also has a mouth filled with some crazy looking teeth. Yikes! To cap things off is an odd tri-crested helmet over his head with three eyes peaking out. 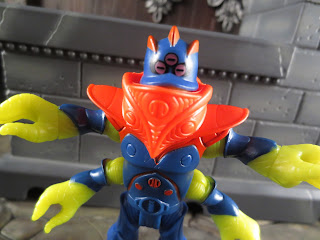 * The 4 Arm Alien only includes one accessory: A breathing mask of some sort that slides over his head and rests on his chest. It's an interesting piece that definitely helps to make this guy look a bit more fearsome, although a paint app or two on the mask would have been nice. 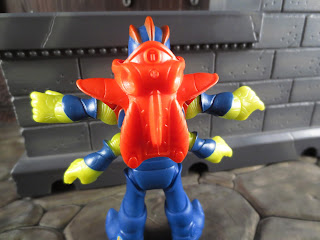 * The other side of the breathing mask that slips over the alien's head seems to have a jetpack of some sort. It has some nice detail but the shape of the jetpack and the flatness of the mold just lack charisma. 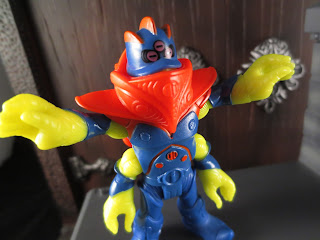 I'll go ahead and say that while Series 6 doesn't have any obviously weak figures, there's not an absolute must have figure either. Everyone is pretty solid without excelling into true greatness, and that's kind of how I feel about the 4 Arm Alien. He's a cool figure that has a bit of a John Carpenter: Warlord of Mars vibe to him but his breathing pack is just lacking something. A good weapon would have really helped this guy to excel. He's still pretty fun, though, and gets a solid Good and a 1/2 from me.


I've reviewed quite a few other figures from the Imaginext Collectible Figure Series, including: