Hey everyone! I'm a bit late with today installment of Barbecue's Bonfire, but at least I got it out there, right? I really enjoy writing this segment and I hope you enjoy reading it. I usually just do straight reviews but this is my chance to really "blog" about some of the other stuff that I do. One of the best things that happened to me this week is that I had a legitimate conversation with my 2 year old about the upcoming DC Comics Imaginext blind bagged figures. My little one loves Batman (she has watched every episode of Batman: The Animated Series and we just watched the 1966 movie this week) so I've been toting out some of my Imaginext Batman figures over the past week or two and we've been having a blast. I started telling her about the upcoming blind bagged DC Imaginext figures and she legitimately asked me if there was a Two-Face in there. She loves Two-Face for some reason and I was happy to tell her that he was in there. While her sentences are choppy (she probably asked "There new Two-Face?") we were honestly conversing back and forth about the series. I'm so excited that she's as excited as I am to track this toyline down! What's the best thing that happened to you this week, toy related or not?

Anyways, after the break I talk about Chinese food, new Spawn figures, Vin Diesel playing with Street Sharks, comic books I've read, a broken Spider Gwen, and a Batgirl pillow. Check it out! 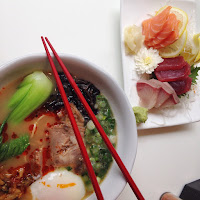 * I just got upgraded to "best customer" at the Chinese/ Japanese restaurant I eat lunch at a few times a week. The lady who runs the place came up to me the other day after I ordered and told me that I was "best customer" and that she would start giving me the dinner portion at the lunch price. That works for me! It's a great place that's nice and quiet and I feel less awkward about sitting there for an hour at my booth eating and reading comic books than I do at other places. Plus, there Mongolian chicken is out of this world.

*Oh my gosh, Spawn is legitimately back! McFarlane seems to be prepping for a good year with their "The Redcap Collection" which features a variety of lines including Fear the Walking Dead, Titanfall, Mass Effect, the upcoming Assassin's Creed movie, and yes, Spawn: The Return. Despite never having been a huge Spawn collector in my younger years, I'm pumped to see McFarlane back out there producing some unique stuff. To the right is Raven Spawn. Are you interested in Spawn still? I think I've definitely got some major 90's nostalgia going on right now.

*If you haven't watched the video of Vin Diesel playing with Street Sharks at Toy Fair 1994 then you need to. He totally calls one of the figures a "round mound of pound." I was never in to Street Sharks but I did have one that I found abandoned at a swimming pool while in middle school. He was pretty sweet and I wish I had collected them. 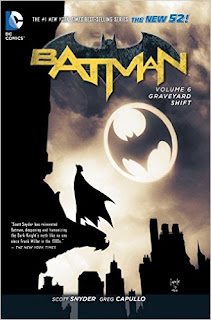 * Let's talk comics, as that's what I've been reading this week: Batman Volume 6: Graveyard Shift by Scott Snyder and Greg Capullo. This is the first of the 6 Batman TPB's I got for Christmas and I just finally got around to reading it. I've seen some people complain about this one because it's not a single story like the other previous Batman TPB's from Snyder's run on Batman but a collection of standalone issues from before and after the Zero Year storyline. That being said, there are some incredible stories in here but if you're only reading the basic Batman book in the trades, you'll be lost. Damine's death is dealt with here, but that happened in Batman Incorporated. And Gordon being charged and imprisoned with murder? That happens in Batman Eternal, which comes after this book continuity wise. There isn't a bad story in here, just be prepared to be lost on occasion if you haven't read a number of the other Bat-family books. 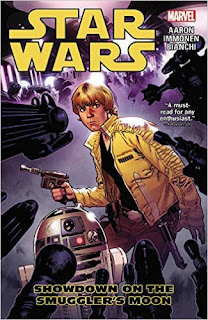 * The second TPB of Marvel's main Star Wars title came out this week and it's quite good. I love this title. I mean, I really love it. I wouldn't leave my wife for it or anything but I'd totally propose either entering into an open relationship or doing the sister wives thing, except my wife's sister/wife would be a comic book set between A New Hope and The Empire Strikes Back. In all seriousness though, this comic reminds me of the kind of adventures I'd have for my Star Wars figures back before the prequels when I was playing with a mixture of Kenner's vintage and POTF2 figures. This comic is pure joy to me and this one was every bit as good as the first volume. Plus, Nar Shaddaa is now a legit part of the Star Wars canon. We need an action figure of Sana Solo ASAP! 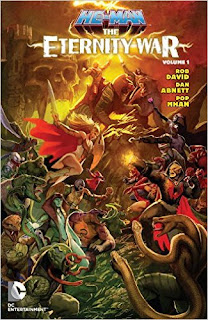 *My other comic reading this week was two more books I received for Christmas: He-Man and the Masters of the Universe Vol 5: The Blood of Grayskull and He-Man: The Eternity War Vol 1. I wasn't too thrilled when the DC series started but things have improved greatly since around the fourth trade paperback. The art has improved and I really like the tone of the book now. It's serious and dark at times but not focused on shock kills like the earlier volumes. I'm loving Adora and Adam's relationship, too. It's incredibly cool to see those two working together and interacting. I'm sure some folks will hate it on principle because many story elements come from Scott Neitlich's bios but I think this is some vindication that he had some good story ideas that just needed to be more fleshed out rather than appearing in small text on the back of a package. 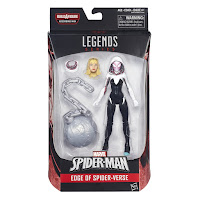 * I actually stumbled onto an entire end-cap of Marvel Legends figures at my local Wal-Mart this past week and managed to find almost 10 Spider Gwen figures. I picked up one but when I took her out of the package at home her arm fell off. I ended up returning her but didn't grab another, even though the store still had her in stock. She seems really cool but I was a bit aggravated that her right elbow just snapped so easily. Anyone else had this problem? 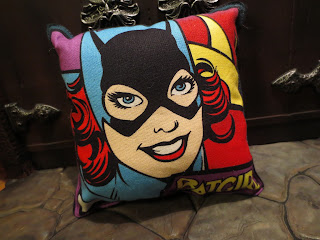 *Today I went to Charlotte MiniCon and picked up some cool stuff: 3 Star Wars art prints, a Batman art print, a bumper sticker, some action figures (which I'll review in the coming weeks) and this miniature Batgirl pillow. It's from Blue Jay Stuffs and is a delightful, colorful little addition to my Batgirl collection!


Well, that's all for this week! Over the next week I'll be finishing my reviews of Imaginext Collectible Figures series 6 and World of Nintendo series 4 along with review of Lord Masque, the first Masters of the Universe Classics figure of 2016, Sarah Connor from NECA's T2: Judgment Day line, and a few Star Wars: The Black Series figures!