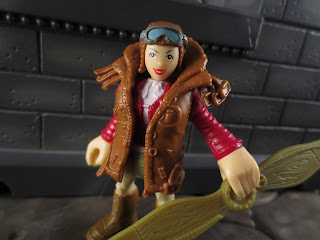 Our journey through the sixth series of the Imaginext: Collectible Figures continued with this line's only female character: The Female Pilot. It's not a very creative name but neither are the names of most of the other Imaginext figures. Some folks are calling her Amelia Earhart, which is pretty cool too although I don't think that's an official name. The Imaginext Collectible Figure Series has had plenty of figures that pay homage to both real life individuals and fictional characters, so it seems completely plausible that that's what Fisher-Price had in mind. Let's take a closer look at this possible tribute to the Queen of the Air? Then join me after the break... 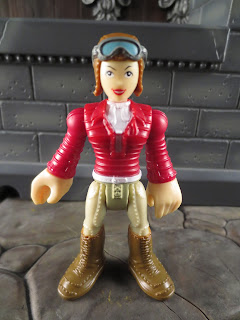 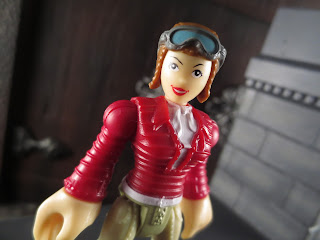 * Amelia (I'm not going to sit here and call her "Female Pilot" because that's boring) is really nicely sculpted. I love her textured flight jacket, the stitching on her boots and pants, and her cool goggles. The paint work is excellent and she has a great grin befitting of a daredevil! 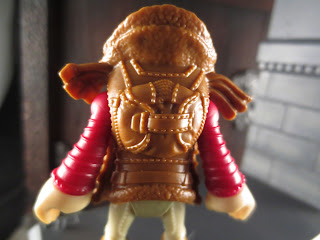 * Amelia's accessory is a bomber jacket with an attached parachute pack for those times when she has to make a hasty exit. It's just a sculpted element of the overall ensemble but it looks pretty cool. 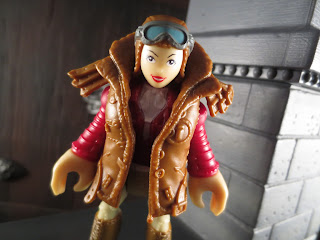 * Here's the front of the parachute pack that resembles a bomber jacket with straps, buckles, and an Imaginext "i" logo on the left breast. It's a cool piece and Amelia is able to sit while wearing it, which is a nice touch. Is there a good Imaginext airplane for her to fly? 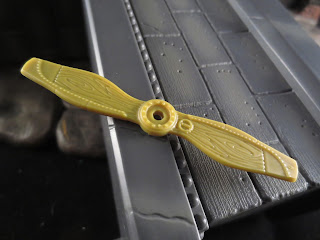 *Amelia also comes with an accessory that's kind of a dud: A propeller. It's not a poorly sculpted accessory or anything, but it's just kind of... useless? She can only hold it by grasping the middle hub and it just seems kind of dull. I mean, did pilots run around carrying propellers? 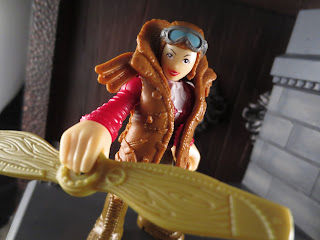 Amelia is a really cool looking Imaginext figure. Her propeller accessory is kind of boring but the figure is really cool. I love early 20th century adventurers and she's a great example of one in the fun Imaginext style. The sculpt and paintwork is top notch. Also, I imagine that she can be used in a variety of Imaginext settings. Heck, you could even use her as Roxy Rocket in your Imaginext DC Universe. She's a Great collectible figure and a fun addition to the growing roster of females in Imaginext.


I've reviewed plenty of other Imaginext Collectible Figures, including: