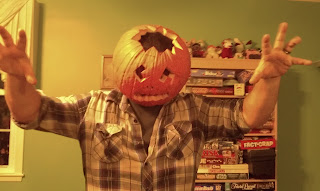 Hey everyone! It's been a fairly busy workweek for me so I don't have that much to talk about. Still, I have a few tidbits to discuss and share....

*Over at Jedi Temple Archives on Wednesday there were two store reports of the first 2016 series of Star Wars: The Black Series figures hitting Wal-Mart stores in North Carolina and South Carolina. Wednesday evening after dinner I hit up Wal-Mart only to find that the pegs were barren except for one lone Finn and the empty package of a First Order TIE Fighter Pilot. After walking around looking at other toys with my little one, though, we noticed an employee pushing a pallet of boxes. Sure enough, on the pallet were 5 cases of the newest series. I opened one quickly and grabbed a Force Awakens Han Solo, the First Order Flametrooper, Finn in his Stormtrooper outfit, Jango Fett, and Captain Phasma. I as thrilled to find those, specially Phasma as I've been searching for her since Force Friday! Reviews should start showing up in the next week or so. 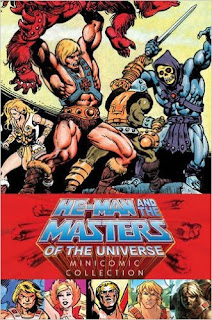 *I finished reading the He-Man and the Masters of the Universe Minicomic Collection from Darkhorse on Thursday. This is a fun collection that is just massive. Seriously, I received this as a Christmas gift and was shocked by how much this thing weighs. It's over 1200 pages! It contains every vintage minicomic from Masters of the Universe (including a script and non-colored art for two unpublished ones), Princess of Power, and the New Adventures of He-Man as well as two 200x comics (one originally unpublished) and the first three MOTUC minicomics. There are also a number of interviews in the book although all but the Lee Nordling interview read like simple fluff pieces (most of the creators seem to have trouble even remembering that they worked on these). Sometimes the art seems a little fuzzier than expected but it is nice that the pages are even larger than the original comics. The stories are silly, sometimes incoherent, but lots of fun. Definitely worth picking up, particularly since it sells for under $30 for 1200 pages of color comics! 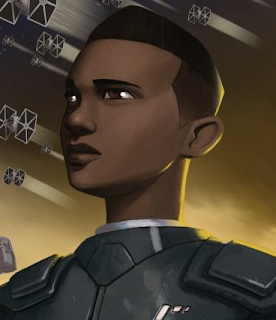 *I've been trying to read every Star Wars book in the new canon I can get my hands on and I just started a series of books which I missed: The Star Wars Rebels tie in series Servants of the Empire by Jason Fry. These are definitely intended for a younger audience but the story was pretty good in the first book, Edge of the Galaxy. They're about Zare Leonis, a young Imperial at the Lothal Academy who appeared in season 1 of Rebels and who is secretly trying to find his lost sister and fight back against the Empire. Zare's a compelling character and, since this book takes place the year before he joins the academy, it's kind of unique because it's not often that we get to see the Star Wars universe from the perspective of an ordinary school kid. There's a ton of the sport Grav-ball in the book, though, which I found pretty boring. I'm hoping Zare is done with Grav-ball for now as there are three other books in the series and I've just started the second one.

* I finally watched Frozen. About 5 times now. My little one got it for Christmas and she wants to watch it non-stop. That's OK as I actually really enjoyed it and I'm not usually a big fan of Disney's animated films. This was quite good, though, and the characters were all winners. 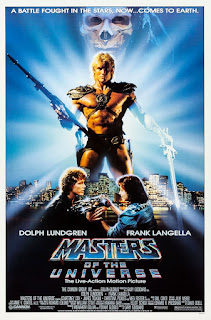 * In other news, I was reading some of the aforementioned MOTU minicomics to the little one when she began asking to watch He-Man. I put on Filmation's MOTY, Princess of Power, and even some of the MYP series, but she kept asking to watch "different He-Man." I knew she couldn't have meant New Adventures, so I put on the movie (which I absolutely adore-seriously, one of my favorites). We ended up watching the entire movie over two days (we started kind of late for her the first night). I'm glad to have someone in my house who wants to watch this movie with me now! Every time I watch this movie it gets better and better! Seriously, Chelsea Fields, Jon Cypher, and Dolph Lundgren are just the epitome of the characters of Teela, Man-At-Arms, and He-Man for me. And Frank Langella and Meg Foster? They just bring the perfect level of menace here! I was absolutely thrilled to watch this with the little one!

* I also started a new trend at the house. Before our bedtime routine, the little one and I have started putting on some music from her Little People school house, turn out her overhead light, grab some lightsabers, and have lightsaber dance parties. If you've never done this before, try it on. It's even funnier when you have a toddler with you who insists on wearing a Kylo Ren mask.

See you all back next week! What weird adventures have you been up to? Let me know!