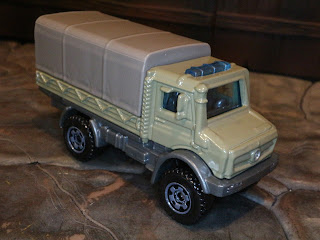 Today I'm serving up another review of a vehicle from the Matchbox: Jurassic World line of miniature vehicles from the Jurassic Park film series. Today I'm checking out the Mercedes-Benz Unimog U 5020, a vehicle that appears in some way in both Jurassic World and Fallen Kingdom and has one of the longest names for a toy car I've ever heard. Mercedes-Benz Unimog trucks appeared in Jurassic World but this specific model seems to be from Fallen Kingdom as it is the truck that Claire, Owen, and Franklin use to drive onboard the mercenary boat. This is part of the second series of vehicles that began showing up after the film's release at the end of June. I'm really impressed with how many vehicles Mattel has offered up in this line and I hope we get some more Legacy Collection vehicles in the future. For now, let's check out this cool, covered truck after the break... 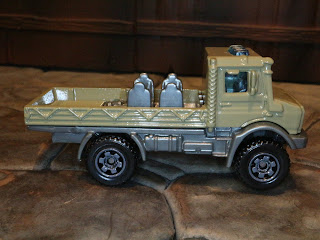 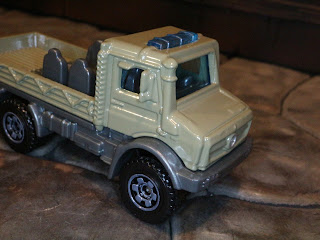 
* The front of the truck might be a bit plane but I do like the detail and the rugged look of this vehicle. It seems pretty roadworthy and designed for durability. 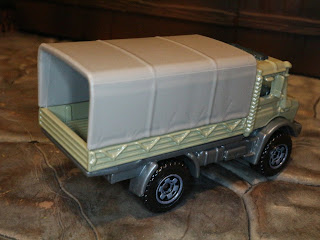 * The bed of the truck has a removable top that gives it the appearance of a covered cargo truck. The top is made from plastic and can slide off fairly easily to give you a few different looks for the vehicle. 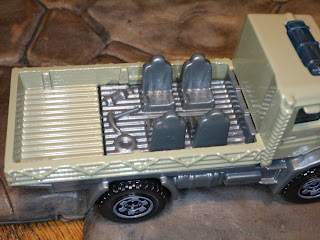 * I really like the inside of the truck bed. You have four seats as well as some various supplies scattered around such as a pick axe, something round, and maybe a tool box or a flashlight of some sort. I love little details like this even though they're not the most intricate sculpts you'll find. 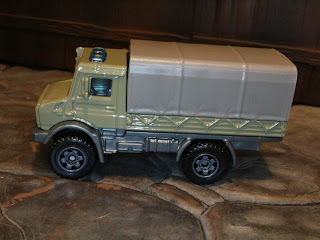 The Mercedes-Benz Unimog U 5020 is a very cool truck. Whether you're a Jurassic Park fan, a Matchbox collector, or maybe even an enthusiast for military styled vehicles, this has a lot to offer for only around a buck and some change. The removable covering is a cool feature and adds a bit more playability to the toy. It's a Great miniature and while it isn't as visually striking or as easily recognizable as a Jurassic Park vehicle, it is quite a cool vehicle.