Action Figure Review: Seth Rollins from Masters of the WWE Universe by Mattel 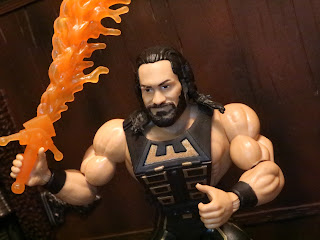 It's time to dive in to another series of Mattel's Masters of the WWE Universe line! So far I've only found two figures from the fourth series and Seth Rollins was the first I picked up. Seth has been a dominant force with the WWE since he first appeared as part of the Shield in 2012 and has has some great feuds and story lines over the past 8 years. I haven't watched WWE for well over a year or so now (it's not as fun without being able to get together with my crew, you know?) so I'm not sure what he's up to. What I do know is that for this Masters of the Universe inspired version of Seth Rollins Mattel gave him the armor of the Cosmic Enforcers like Zodak, Zodac, and Wun-Dar. Ready to check out Seth Rollins, the Architect of Alliances and Slayer of Kings and Beasts? Then let's check him out after the break... 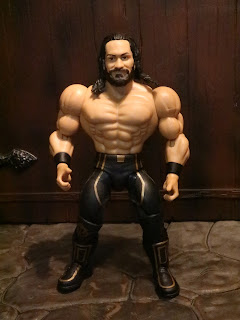 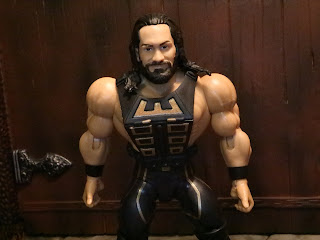 * Some of the MOTWWEU figures clearly look like MOTU characters while others, like Seth here, could easily pass as a standard Seth Rollins figure. This doesn't look that different than the outfits Seth Rollins usually wears, right? The armor is actually the same mold as the armor that came with the Masters of the Universe Classics Zodac, Zodak, Wun-Dar, and the first Weapons Pack, though it's done here in black and gold. 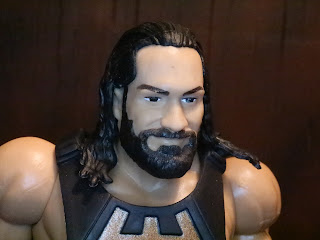 * The headsculpt is a little more stylized than the current heads you'd see on a WWE Elite Series figure, but that helps them to fit in better with the looks and style of the Masters of the WWE Universe line and Masters of the Universe Origins. 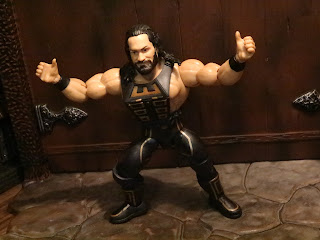 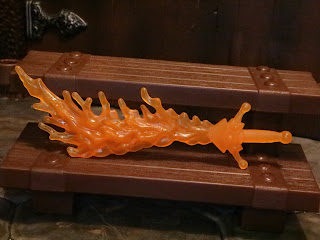 * Seth Rollins comes equipped with the Burning Sword which fits well with his character ("Burn it down!") This is actually the sword that came with Draego-Man, one of the best MOTUC figures in the line and one that came out before I started the site. It's a cool, flaming sword with some great detail in the flames. 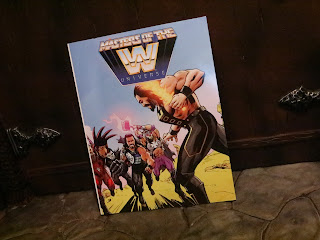 * Behind each standard MOTWWEU release is a minicomic of sorts. It's only 4 pages (cover, bio, comic, and back page with cross sell art) but it looks cool and does offer some information on the role of the characters in WWEternia. In this comic,there's a short story about Seth Rollins fighting in the Skull King of the Ring tournament at Rattlesnake Mountain. 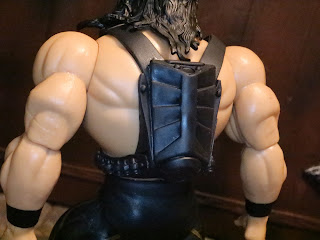 * While Seth shares the Cosmic Enforcer armor used in the MOTUC line it's not removable unless you remove his torso, arms, and head. That's doable in this line but it means you can't use this armor on your MOTUC figures. The straps are glued into place which is kind of odd, don't you think? 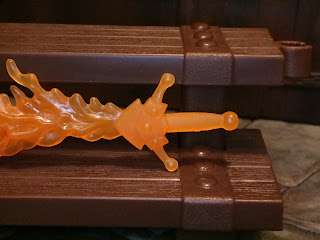 * Don't you wish the handle had received a paint hit? It would have looked awesome with a black handle. As it is it looks too hot to handle and would probably give Seth some 1st degree burns. 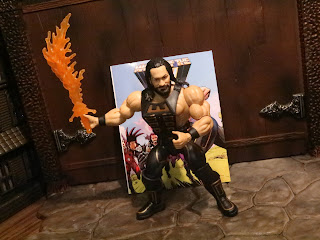 Overall, I'm giving Seth a Good and a 1/2. He's not as overly MOTU-inspired as some figures but he's still got enough that I'm thrilled to have him as part of my MOTU collection. I really wish the Cosmic Enforcer were more easily removable, though. I'm sure MOTUC collectors and customizers would love to have an easier source for the armor. He's fun and I'm really glad to see Draego-Man's sword back in use, though he's less impressive than some of the other figures in the series.