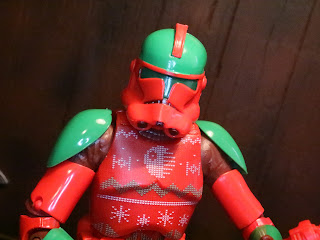 For the holiday season of 2020 Hasbro released five different Star Wars: The Black Series exclusives featuring various troopers decked out in Christmas outfits. Yes, it's really quite strange but also rather charming, too. I've seen many fans comment that for some reason they connect Star Wars with the Christmas season and I have to say that I agree! This goes back beyond Disney deciding to release 4 of their 5 films so far prior to Christmas as well. This year my wife and I finally watched all of the Prequels and the Original Trilogy with our daughter so we've continued the tradition! Our Christmas tree has well over a dozen Star Wars Christmas ornaments, we have a Darth Vader in a Santa Claus hat, and there are always many Star Wars gifts for me under the tree, so is a Clone Trooper in a Christmas sweater really too much of a stretch? The Clone Trooper (Holiday Edition) is a GameStop exclusive and he turned out to be the easiest of the five figures to find. Let's take a look at this fun and festive exclusive after the break... 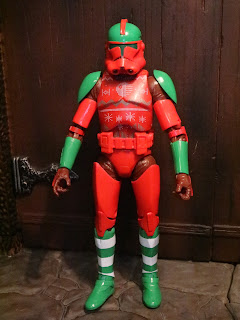 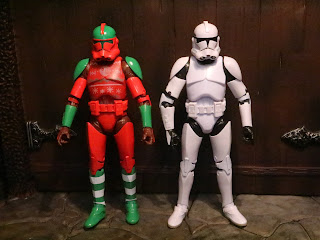 * The Clone Trooper (Holiday Edition) on the left is a repaint of the Phase II Clone Trooper (on the right). There's no other differences to the actual figure, although the accessories are completely different. 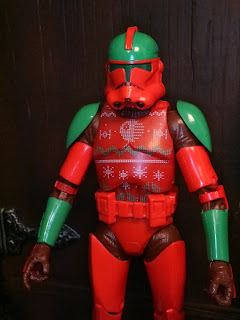 * If you've seen a Phase II Clone Trooper than you know what to expect for the most part. The unique thing about this figure is the paint job and, wow, is it eye catching or what? Clad in red and green armor the Clone Trooper is ready for an ugly sweater contest as he is wearing an armored ugly sweater that shows off the Death Star and some TIE Fighters along with lots of little design flourishes such as stars and green garlands. It's so silly but, at the same time, really quite fun. 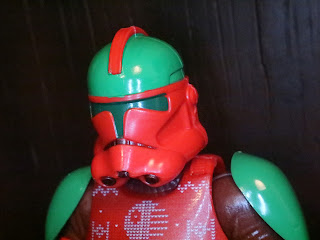 * His helmet also is decked out in red and green with a green visor. When he's at an office party he can pop it off and turn it into a punch bowl! 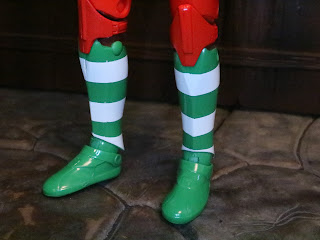 * Is this guy intended to be an elf? Maybe! He does have his greaves painted to look like green and white striped elf socks for sure. 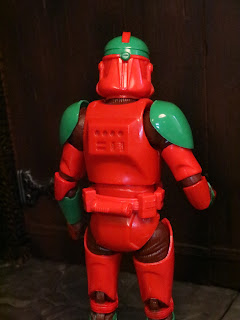 * The back of the armor is red but all of the detail you'd expect to find is here, including his explosive device on the back of his belt. 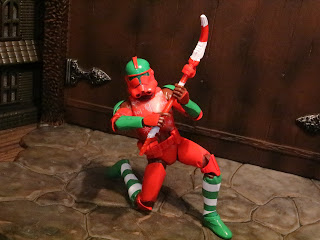 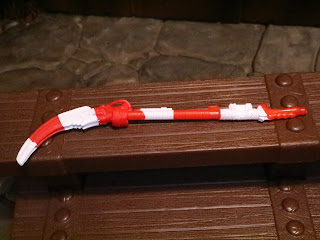 * Rather than a blaster, the Clone Trooper comes with Vicrul's scythe repainted to look like a candy cane. It's deadly and pepperminty! 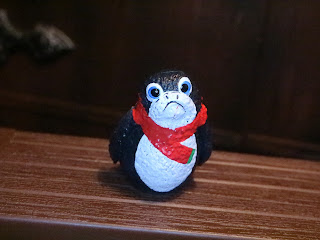 * Last, but not least, the Clone Trooper comes with a little Christmas buddy: A porg! This is a repaint of one of the porgs from the Black Series Phase III Porgs pack and it actually looks really nice. Kind of like a penguin with a scar, don't you think? It's a cute repaint for sure and the paint is super nice on this little guy. 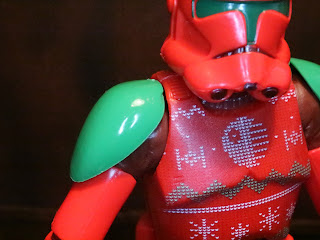 * Like the older Clone Troopers, this guy's shoulder pads bump against his chest, meaning the articulation is very inhibited. 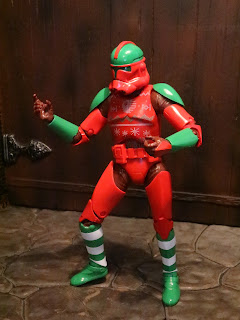 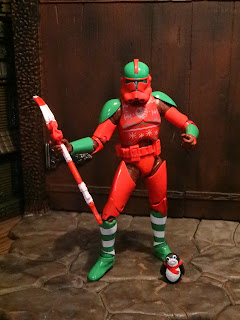 The Holday subset of troopers was kind of a fun little release and the Clone Trooper (Holiday Edition) is a Good and a 1/2 figure. The design is quite festive and I like the candy cane weapon and the porg. The older articulation model of the Phase II Clone Trooper is a bit disappointing, especially compared to the newer figures. You're also going to pay the exclusive tax on this guy since most exclusive figures this year have been $5 dollars more for no reason at all. Uggh. Anyways, this guy could easily be skipped by some but Star Wars fans looking for funny figures for their Christmas displays should love him. I've got a few others from this set and I'm hoping to review them before the 12 Days of Christmas are up!

If you're all about Porgs, check out the Black Series Porgs set and the Micro Force Advent Calendar.

For more figures from Star Wars: The Black Series Phase IV check out the following: