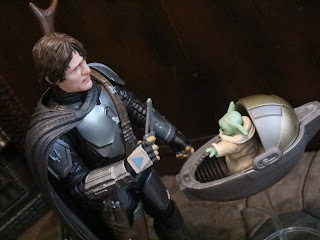 Target had some of the hottest exclusives of 2020 but they were a trainwreck when it came to ensuring that they were available to collectors. While their exclusive wave of figures from the G.I. Joe Classified Series is probably the most infamous of their blunders the most egregious might just be the extremely limited availability of the Din Djarin (The Mandalorian) & The Child two-pack from Hasbro's Star Wars: The Black Series Phase IV. Featuring two of the most popular characters out there from one of the hottest TV shows in recent memory there was no excuse for this set not to be loaded onto store shelves in time for Christmas. Unfortunately it was hard to find and seemingly released in limited numbers. And getting in on the preorder? Please. Target doesn't seem to be aware what a preorder is for, do they? Since I don't live in close proximity to a Target and had no desire to hunt this down right now I decided to bite the bullet and pay a bit more. Honestly, with the gas money for the distance I would have to drive to even get to Target plus the regular cost of shipping I probably didn't pay much above retail. Still, it's a shame there was no regular way to acquire this through Target. Enough about that, though! Let's get in and check out Din Djarin and Grogu in this brand new exclusive set after the break... 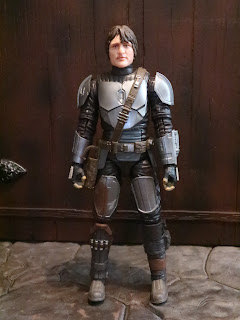 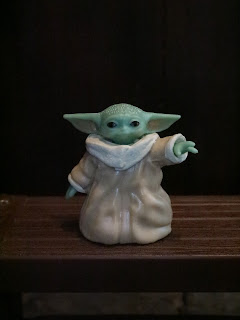 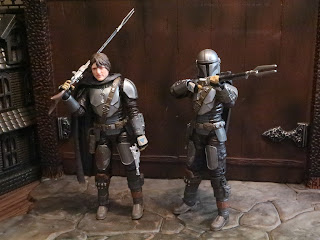 * On the left is the Din Djarin from this set while the recently released single carded Phase IV The Mandalorian is on the right. These two figures are exactly the same from the neck down and come with the same rifle, blaster, jetpack, and cape. If you don't have the single carded version of Mando yet you could probably skip it if you grab this release. 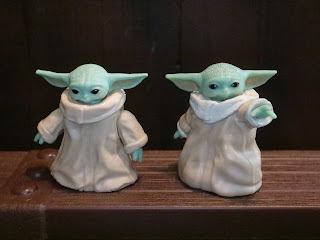 * The original release of Grogu/ The Child is on the left while the new version included with this set is on the right. This version of Grogu/ the Child/ Baby Yoda is completely different and reuses no parts from the previous figure. He's less articulated but in a more expressive pose. 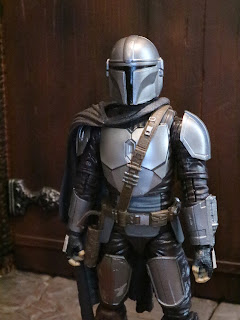 * The Mandalorian is a great figure but, since he's no different than the previously released figure from the neck down, I'm not going to go over all of the details of him. Go back and read my review of the previous Din Djarin figure! He's an Epic figure and this one is no different. 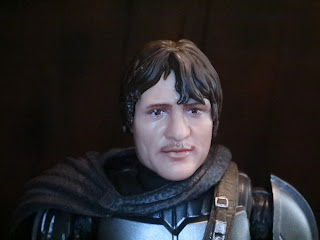 * The biggest difference here is that this version of the figure shows off Din Djarin's face. It's not a perfect likeness but it's much better than the early pictures seemed to suggest it would be. The hair seems a bit too long (though that could be because it' sculpted to look sweaty and plastered to his head, having been in the helmet). It's quite realistic looking, though not a perfect Pedro Pascal likeness 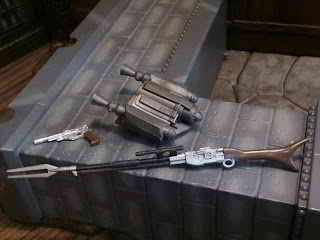 * Din's main arsenal (his Amban rifle, blaster pistol, and jetpack) are the same as the previous release and can store on his body just like with that figure. 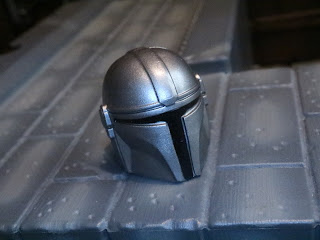 * The removable helmet is pretty cool. It look appropriately sized, fits Din Djarin well, and makes for a cool prop to have around when you're displaying the figure helmetless. 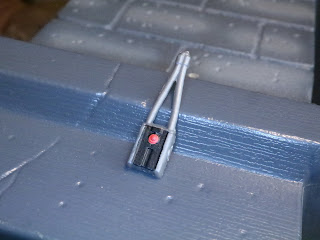 * One of the new accessories included with this set for Din Darin is the tracking fob that lead to Grogu. It's a simple piece but a recognizable one that is pretty cool to have. 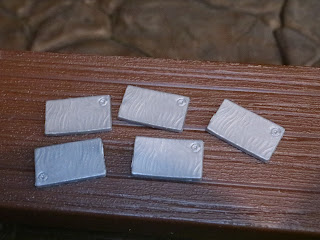 * Next up you also get five pieces of Beskar. They have an interesting texture to them and each is stamped with the Imperial cog on the top right corner. 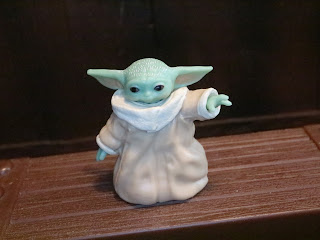 * Grogu/ The Child is more of a preposed figure than the previous release but his paintwork is more detailed. He's still cute and tiny, and makes an excellent companion piece for the set. 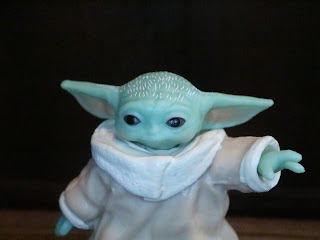 * Grogu's headsculpt is really cute. The paintwork is pretty nice for his head being as small as it is, especially the painted strands of hair on top of his head. 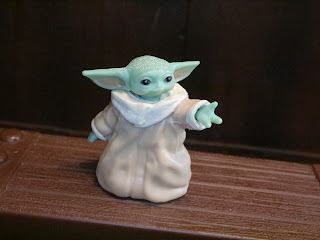 * This time Grogu is posed with an outstretched left arm though his balljointed hands and head allow you to give him some different expressions. He can use the Force, grab for the Razor Crest shifter knob he loves so much, or have him steal blue cookies! Baby Yoda is ready for anything! 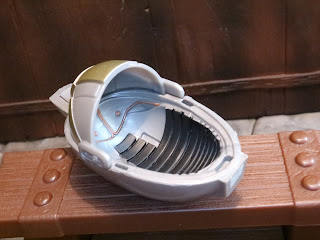 * One of the most desirable accessories in this set is the pram used to transport the Child. Grogu can stand inside it and accompany Mando on all of his adventures! It looks kind of comfy, right? 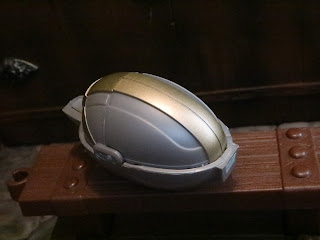 * There's a removable cover, too, for those times when Grogu needs some protection. 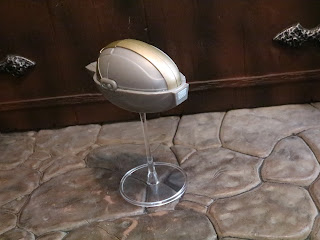 * There's also a clear plastic floating stand which allows the pram to "hover" above the ground. 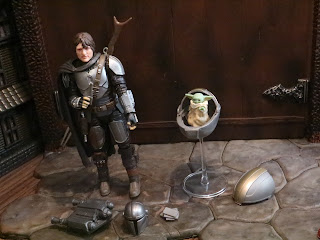 This set turned out to be very cool and even though I had the Phase IV version of the Mandalorian I still like having this one, too. Great accessories and finally getting the pram to accompany are nice. While I wish there was a bit more differentiation between this Din Djarin and the previous one this set is still worth a purchase. I'm giving it a Great and a 1/2. Had another accessory or two came with it or maybe a sleeping Grogu for laying in the pram it would of undoubtedly been epic but, for what we got, it's well worth tracking down.

For more of Grogu/ the Child/ Baby Yoda, check out the Black Series Phase III The Child.