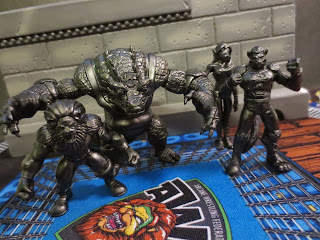 I absolutely adore Mystical Warriors of the Ring and I'm really excited to finally be reviewing the second series of PVC figures from this awesome line that wonderfully blends together professional wrestling, M.U.S.C.L.E., and anthropomorphic animals into something amazing! I've had my hands on these figures for a few weeks but I'm just finally getting around to reviewing these! Initially exclusive to C2E2, Fantastic Plastic toys also made some sets available on the Mystical Warriors of the Ring shop for fans who couldn't make the trip. Available as a special bundle this set features three new figures, Yvonne Wolfrom, Ulric Wolfrom, and Leo Corazon in a Metallic Black color scheme and a new version of the previously released Goliath also in Metallic Black. I already know Goliath is an amazing figure but how does the new crew hold up? Read on and find out! 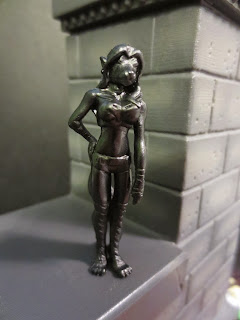 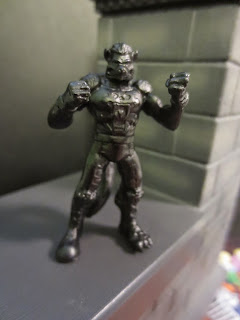 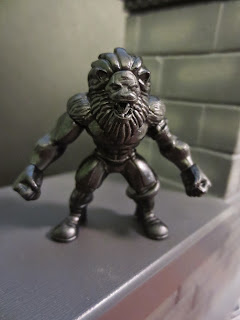 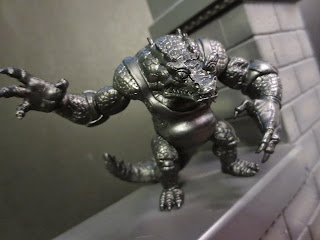 Non-Scalper Price: $15 for the set 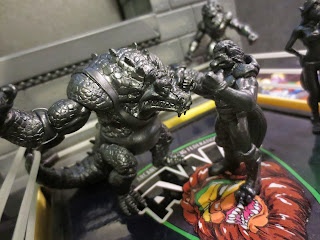 * First of all these guys are sturdy and durable! They're molded in a wonderful plastic that absolutely will remind you of M.U.S.C.L.E., OMFG!, and other great minifigure lines. Secondly, the Metallic Black plastic looks great! It really brings out the detail on these figures. While the traditional "Flesh" color is my go to color for minifigures I'm definitely starting to appreciate the metallic and pearlescent color schemes more as they really show off the minor details on smaller sculpts. 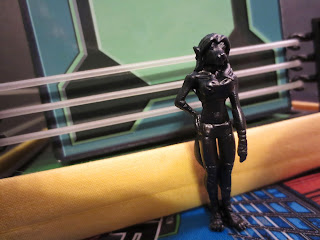 *Yvonne Wolfrom: It's really cool to get a female figure in this line, particularly since I can only think of a few female minifigures. While Yvonne is currently the manager for the tag team duo Lapin Loco, this figure depicts her in her in-ring gear. She's taller than the other basic figures in this set since she's standing upright in a great tough looking pose. She also stands up well on her own thanks to her tail being part of the figure's "base." There's a lot of detail in her hair and on her outfit, particularly on her leg and arm wraps. 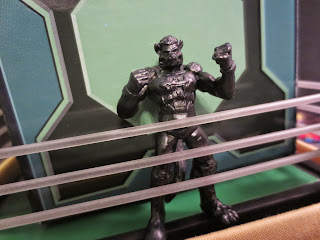 *Ulric Wolfrom: Ulric is the younger brother of Yvonne and a fairly imposing looking guy. He's not one of the largest wrestlers but he definitely looks pissed. Check out the way he's clutching his fists and gritting his teeth! Yikes! He's wearing some cool armor that has a skull-like pattern on the chest. His knee pads are also pretty slick and have some sharp looking teeth on them. One of the coolest detail, though, is that his toes can be seen tearing out of the bottom of his left boot. What's this guy been up to? 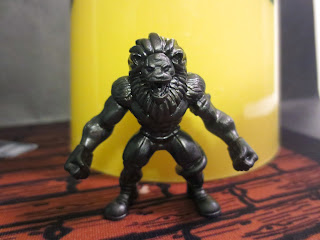 Leo Corazon: Leo has a cool backstory as a masked wrestler working to earn the respect of those around him. His figure is great! He really looks ferocious here and is absolutely ripped! Check out his lion abs! His tail is wrapped around his left leg and his mane is tied back in a neat, clean pony tail, but his face is all business! I love how this pose emphasizes how burly this guy is! 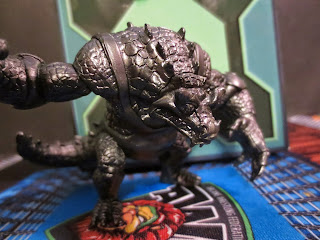 Goliath: I've already reviewed the original Metallic Green version of Goliath, so it should be sufficient to say that this guy is just as good. While I think I prefer the Metallic Green color scheme due to Goliath's gator-like nature, the Metallic Black still looks good. This is an incredibly fun figure and the Glyos compatible joints work great! It's really fun to pose this big guy. Seriously, Goliath is like the perfect desktop toy to keep your hands busy! 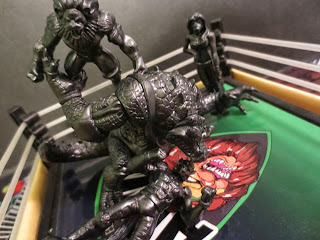 This is another great set of minifigures! Fantastic Plastic Toys always astounds me with the cool simplicity of this line and the great detail in their sculpts and series 2 is no exception. I'm loving the Metallic Black color scheme and how crisp it makes the details on these figures appear! For $15 you're getting four excellent minifigures, one of which is articulated and Glyos compatible, which in my book is an excellent value. I feel easily justified in giving this set a Great and a 1/2 rating! Go! Go and pick up a set of these while you still can! Also, make sure to check out the awesome comic book series. I read through the four available volumes a month or so ago and really enjoyed every minute of it! Mystical Warriors of the Ring is a fun new property and I'm excited to watch it continue to grow and thrive! It's just too much fun and is an excellent minifigure line!