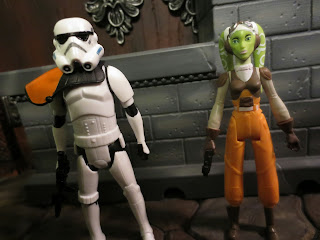 Some of the Star Wars Rebels figures have been nearly impossible to find. I consider myself very fortunate that I just happened to be on Amazon at the right time to pick up this set for the standard $10 with free shipping through Amazon Prime.While she's prominent in Rebels as one of the six crew members of the Ghost (which she owns and pilots), I was actually introduced to her through John Jackson Miller's novel A New Dawn. If you like Rebels, particularly Kanan and Hera, the book is definitely worth checking out. Of course, there's also the Stromtrooper Commander in this set, too. But you're not buying the set for that, are you? Ready for a look at a Twi'lek hero who is ready and willing to stand up to the Empire? Then let's get started after the break... 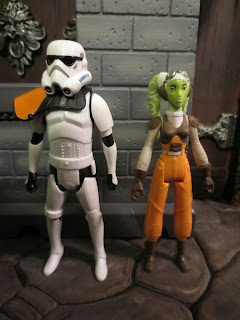 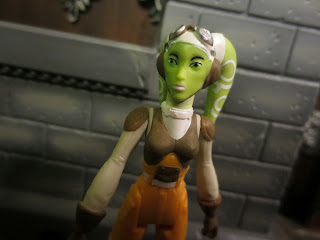 *While the figures are definitely much simpler than the 1/18th Star Wars figures fans have been accustomed to since the mid 1990's, Hasbro has done a nice job of differentiating the characters' sizes well. While the Stormtrooper is an average height (as to be expected), Here is shorter and thinner than most other figures. One of the neat things about the Rebels crew is that there is so much variation among the six heroes and the toyline has reflected that quite accurately so far. 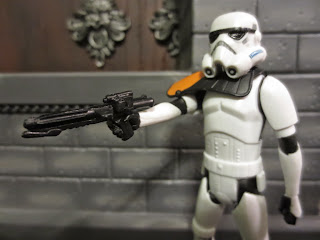 *These are nice, sturdy figures. These figures feel like the could survive almost any child's play unless a kid is absolutely intended on destroying them. The joints work rather nicely and are not loose at all. I particularly like that Hera's lekku don't impede the ability to turn her head. Both figures stand fairly well on their own, too. 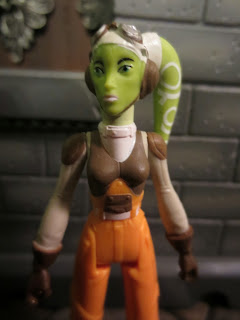 *Hera looks great! Her head sculpt is quite nice and there are some very neat and clean paint apps on the figure. Her lekku have a nice painted pattern on them and her outfit is looks great. The paintwork is much simpler on her flightsuit but it looks good and matches the style of the show. Hera is definitely one of the most impressive Rebels figures released yet. 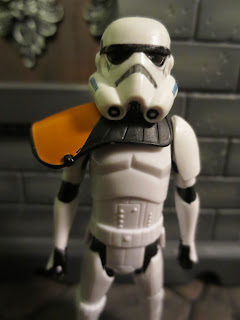 *While this is the same Stromtrooper base body and mold that we've seen a few times in the Rebels line now, the addition of the orange pauldron definitely changes this figure up a bit. Even though I want to see more of the figures available individually (hopefully with some variation, though) I do like the idea of giving kids a "story in a package." The Stormtrooper Commander is a neat figure that seems to have better paint applications than the previous Stromtrooper figures. 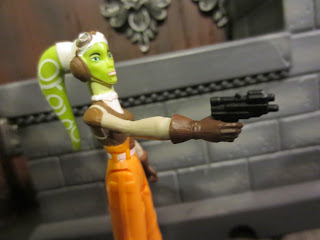 *Both figures come with an accessory. The weapons both look great and are very show accurate. The figures can hold the weapons securely in either hand. Hera's BG-1120 looks excellent and is a cool little blaster pistol. 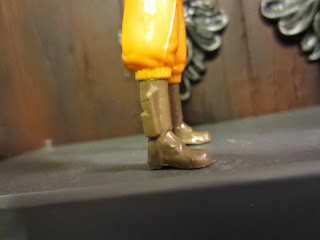 *Hera has a small holster sculpted on her right boot but it's not at all functional. That's disappointing! I would have loved to have been able to store her blaster pistol in there when not in use. 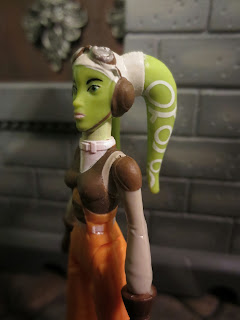 *My Hera has an errant splash of paint on the right side of her chin. Oops! 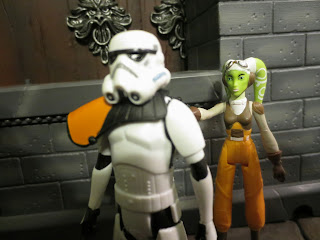 While I'm much more partial to Zeb and Sabine as characters, I think Hera and the Stormtrooper Commander are a better action figure set. The uniqueness of the Stromtrooper Commander and the fact that Hera has fewer flaws than Sabine (i.e. Sabine's non-removable helmet) definitely help this set win out over the others. While I hope that the Rebels crew eventually gets released in a decently articulated line like Star Wars: The Black Series (heck, I'd even like to see 6 inch versions of the crew) these are welcome additions to the collection. There hasn't been much of interest to me in the 1/18th line since the Vintage Collection became scarce around the time of the Episode 1 3D release so it's nice to have some new characters to search for. Overall, I'm giving this set a Great rating.