Minifigure Review: Goliath from Mystical Warriors of the Ring by Fantastic Plastic Toys 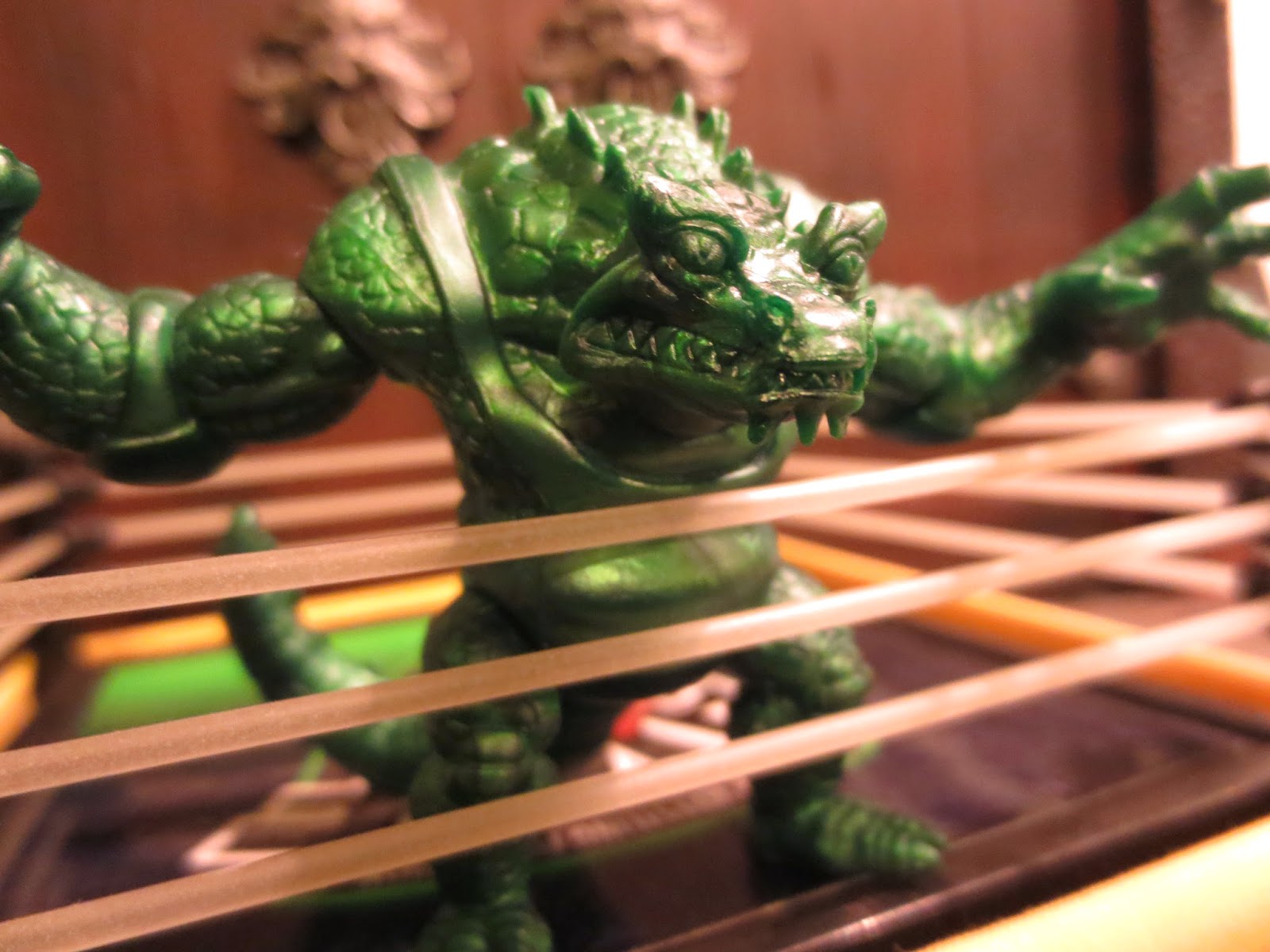 Mystical Warriors of the Ring has been a ton of fun so far. Since I'm only collecting the PVC figures this is only the fourth figure from this series I've picked up but man is this a great minifigure. Paying homage M.U.S.C.L.E. and anthropomorphic wrestling in general, Mystical Warriors of the Ring is an interesting property that seems to keep growing and growing. Today I'm looking at the newest PVC release: Goliath. There's some great background info on the character on the official website. Of course, he's a massive crocodile (or alligator) style warrior that uses the Glyos system to deliver articulated and interchangeable joints, so what more do you really need to know? Join me for a look at this behemoth after the break... 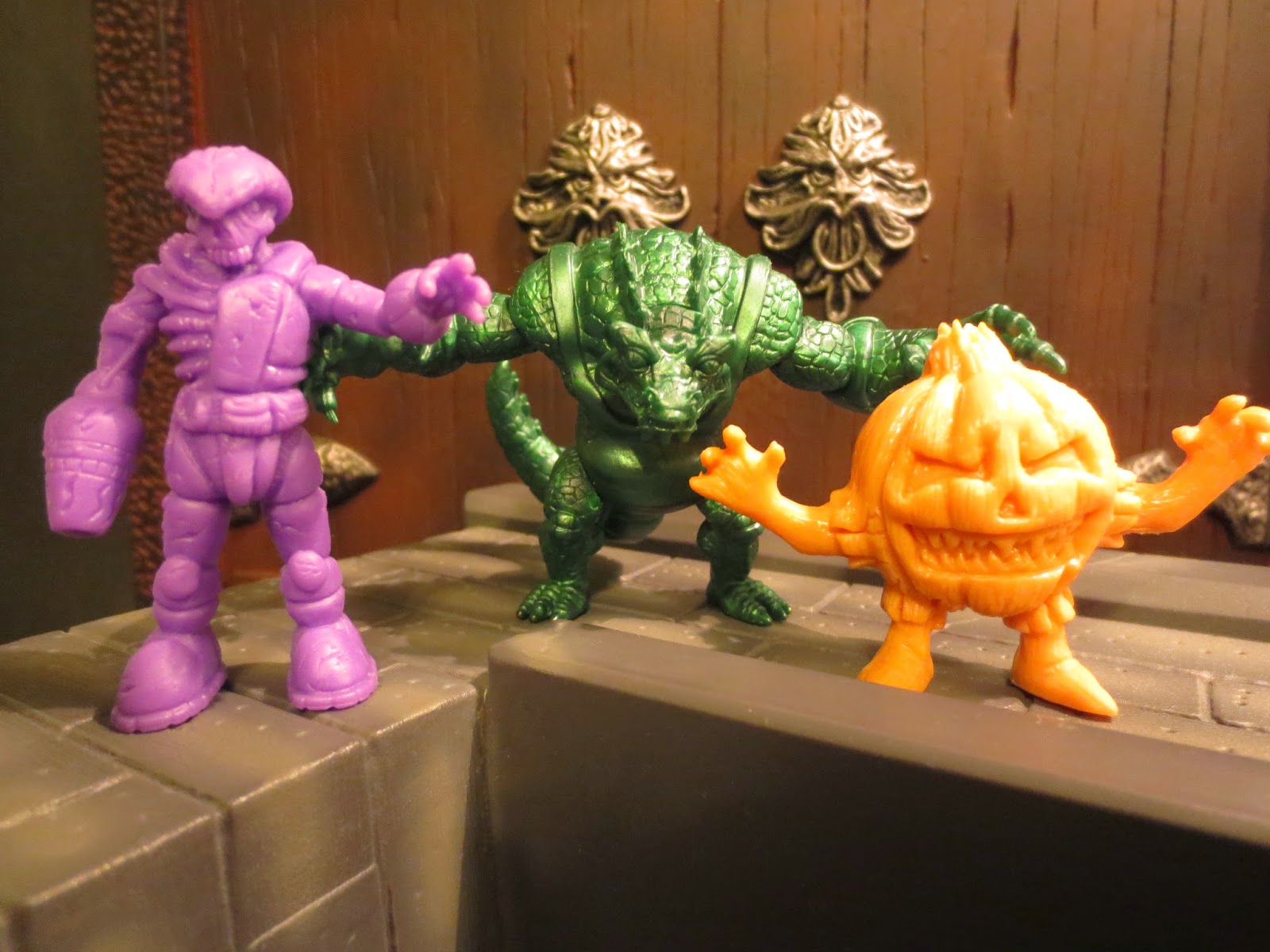 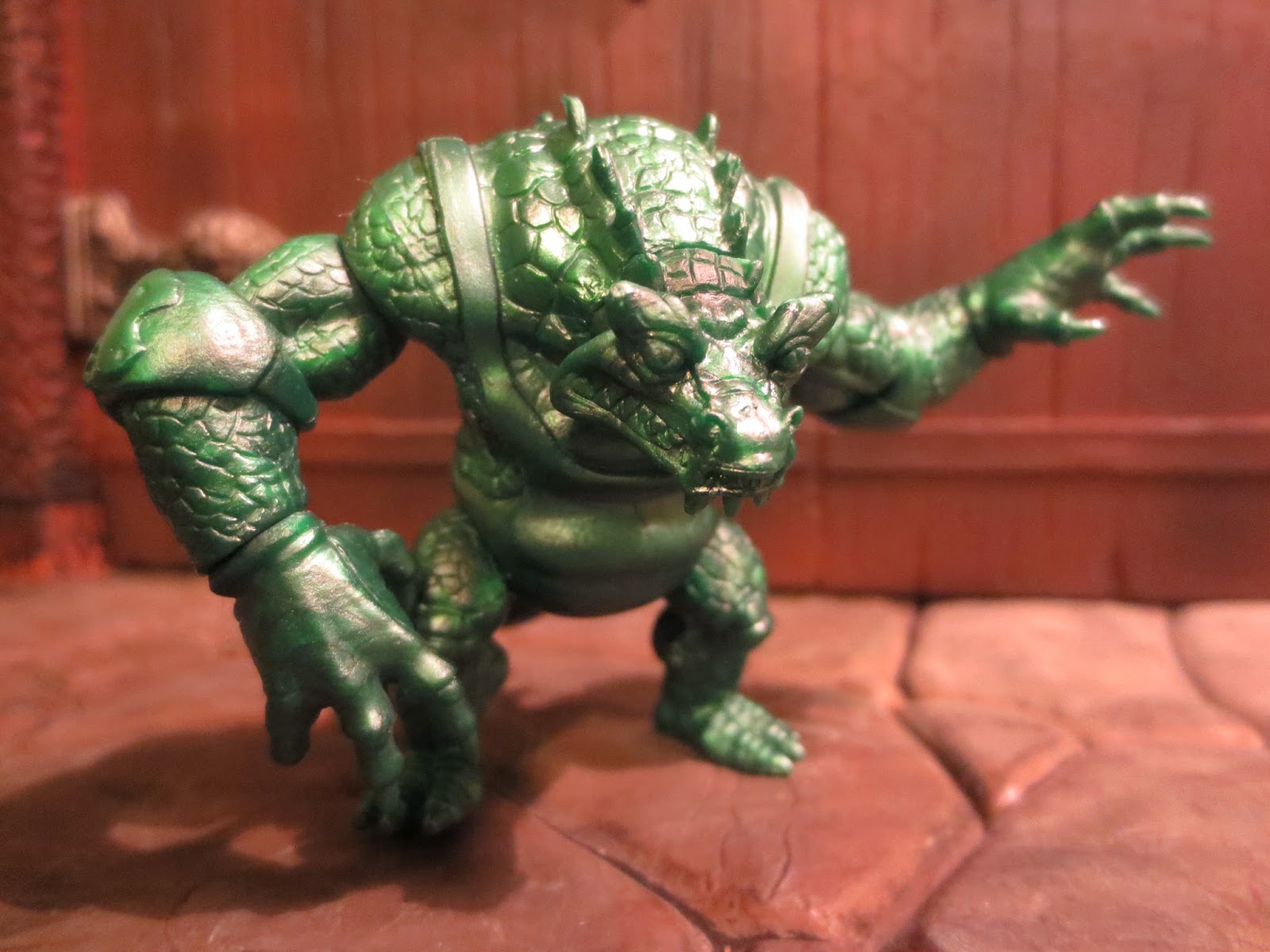 * I mentioned this in both of my reviews of the first series of PVC figures from this line but I just love the style of these guys. Golaitah is no exception! The plastic he's molded in is just gorgeous (I've seen a few folks calling is Emerald Green) and feels fantastic. He will look awesome with any minifigures you can think of: OMFG!, S.U.C.K.L.E., M.U.S.C.L.E., Monster in My Pocket, and more! 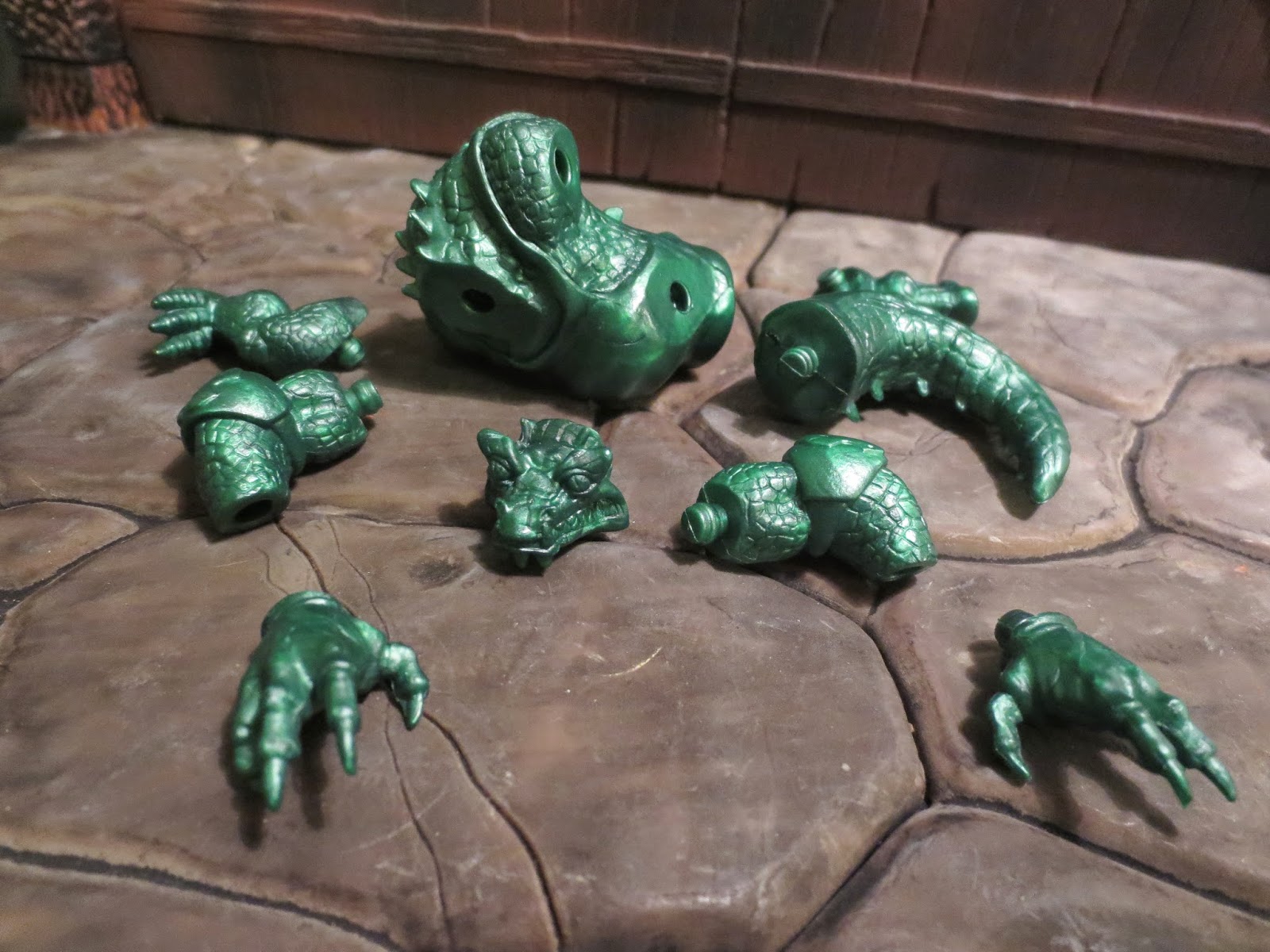 *It's not unusual these days for a figure this small to have articulation but PVC minifigures in this style typically don't. That's what makes Goliath's articulation seem so unique and special! Using the Glyos joint system, each swivel joint on Goliath can easily be removed and popped into another socket. You can mix and match the pieces with other Glyos compatible figures, I believe, although I'm not sure I own anything else compatible. I've removed the limbs multiple times and they still feel nice and secure. The quality is excellent on this guy and he's very, very fun to play around with. 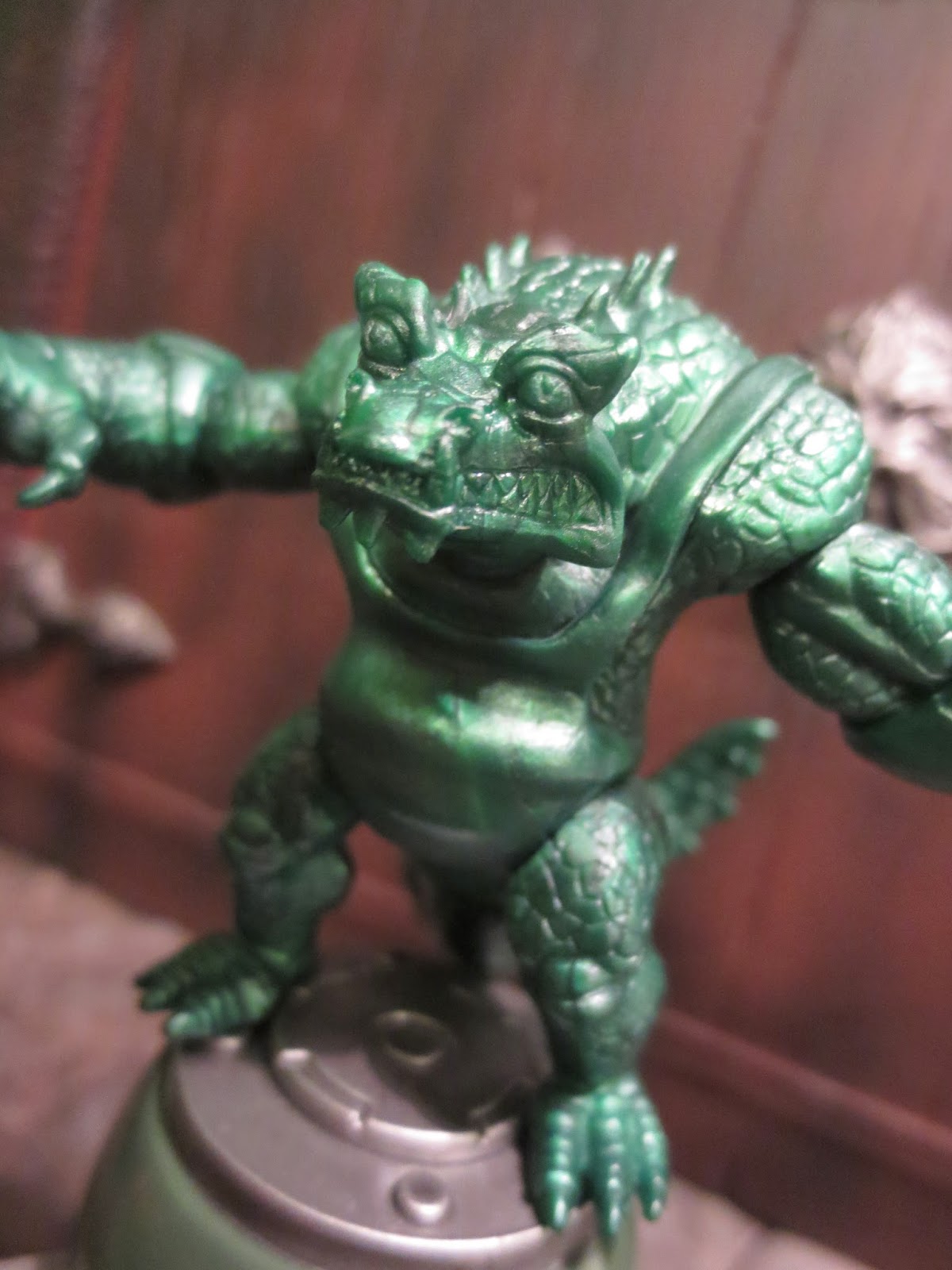 *Fantastic Plastic Toys has done some beautiful sculpts on each figure in this series so far and Goliath is no exception. The scaly, armored texture of the body is amazing (get this guy some Lubiderm!) and the little ridges and crests down his back really make for a menacing looking figure. Goliath's massive hands and vicious looking face definitely seem like they'd terrify any opponents who stepped into the ring with him. Also, make sure to check out his cool gator skull emblazoned elbow pads. That's a wicked little detail right there. 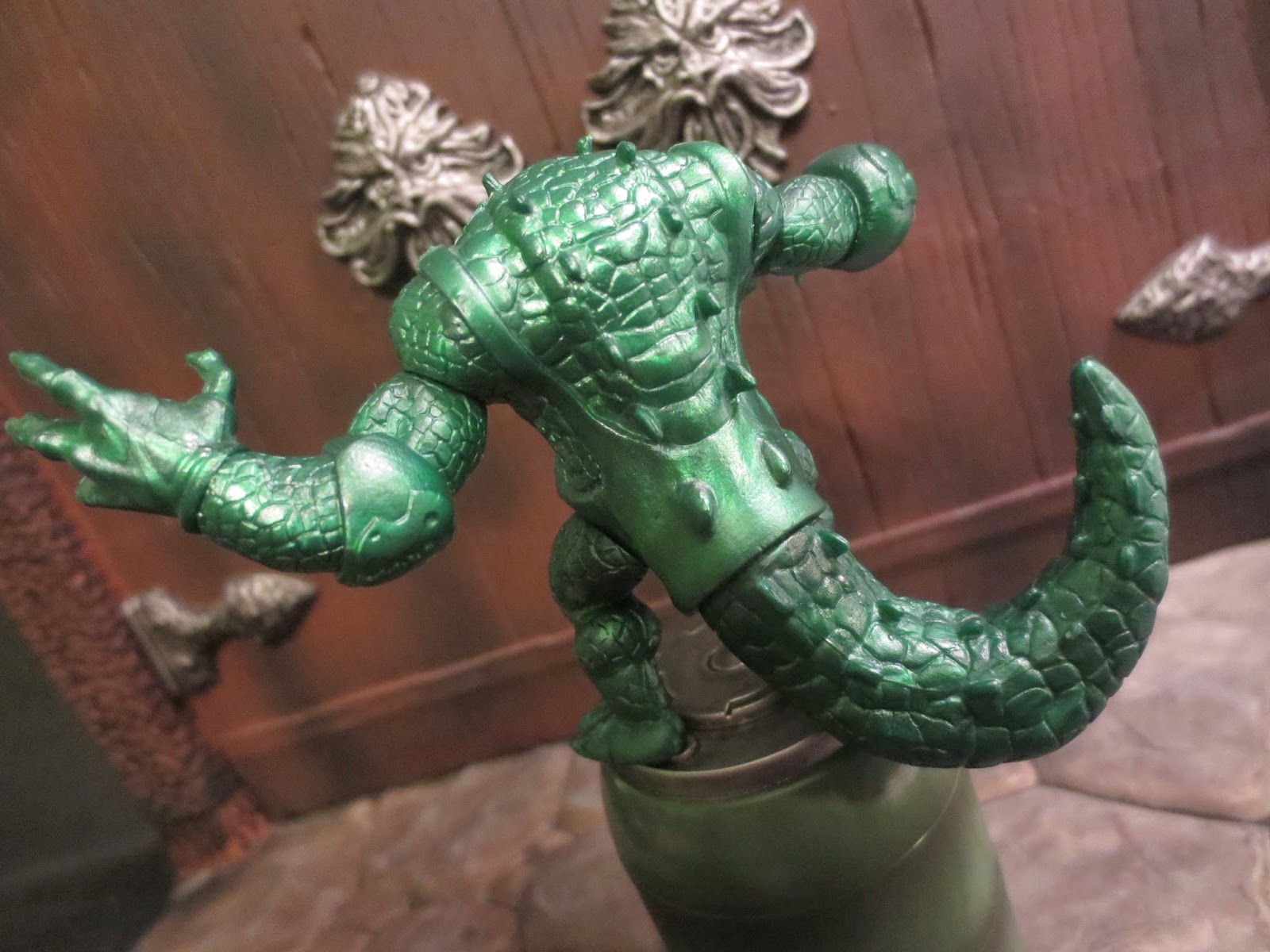 *The only negative I have with this figure has to do with the arms. The bicep looks a little off where it attached to the shoulder. It's not a deal breaker of any sort (maybe there's an anatomical reason and I'm just not up to speed on my crocodilian anatomy) but my guess is it's like this to accommodate the articulation. I originally thought maybe the arms were reversed, but they're just fine. 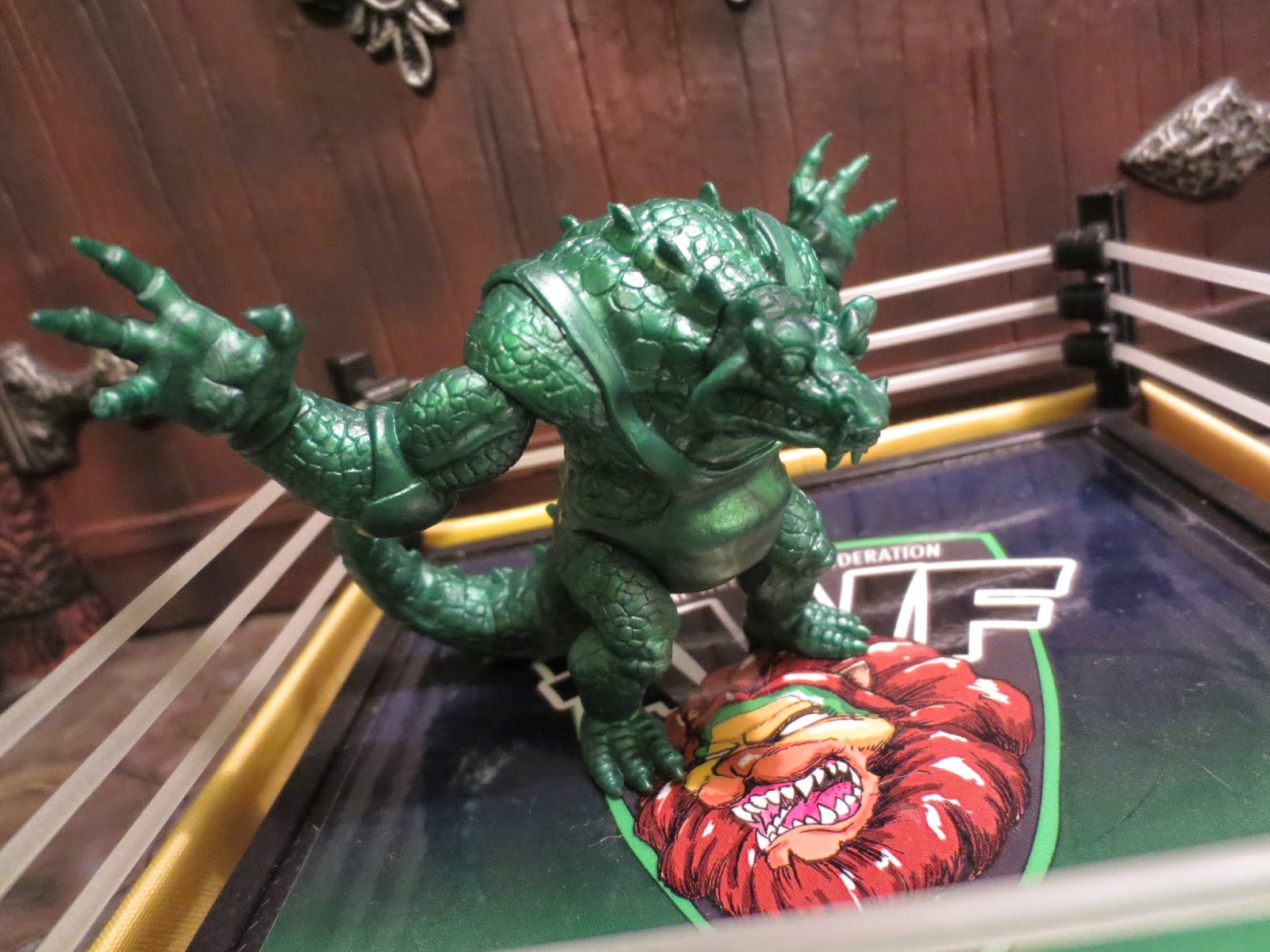 I eagerly anticipate each PVC figure release in Mystical Warriors of the Ring so I was ready for Goliath to be released and he definitely does not disappoint. Fantastic Plastic Toys really delivers a quality minifigure and Goliath is without a doubt the most impressive figure they've released yet. The articulation is perfect and while I don't think the smaller guys in the line need it, it certainly adds to the big bruisers. I love the scale in this line, too. It's very cool that they really do pay attention and release wrestlers of different sizes. I'm very happy with this figure and have no qualms about giving Goliath a Great and a 1/2. He's an impressive toy whether you're into minifigures, Glyos, or anthropomorphic crocodilians. 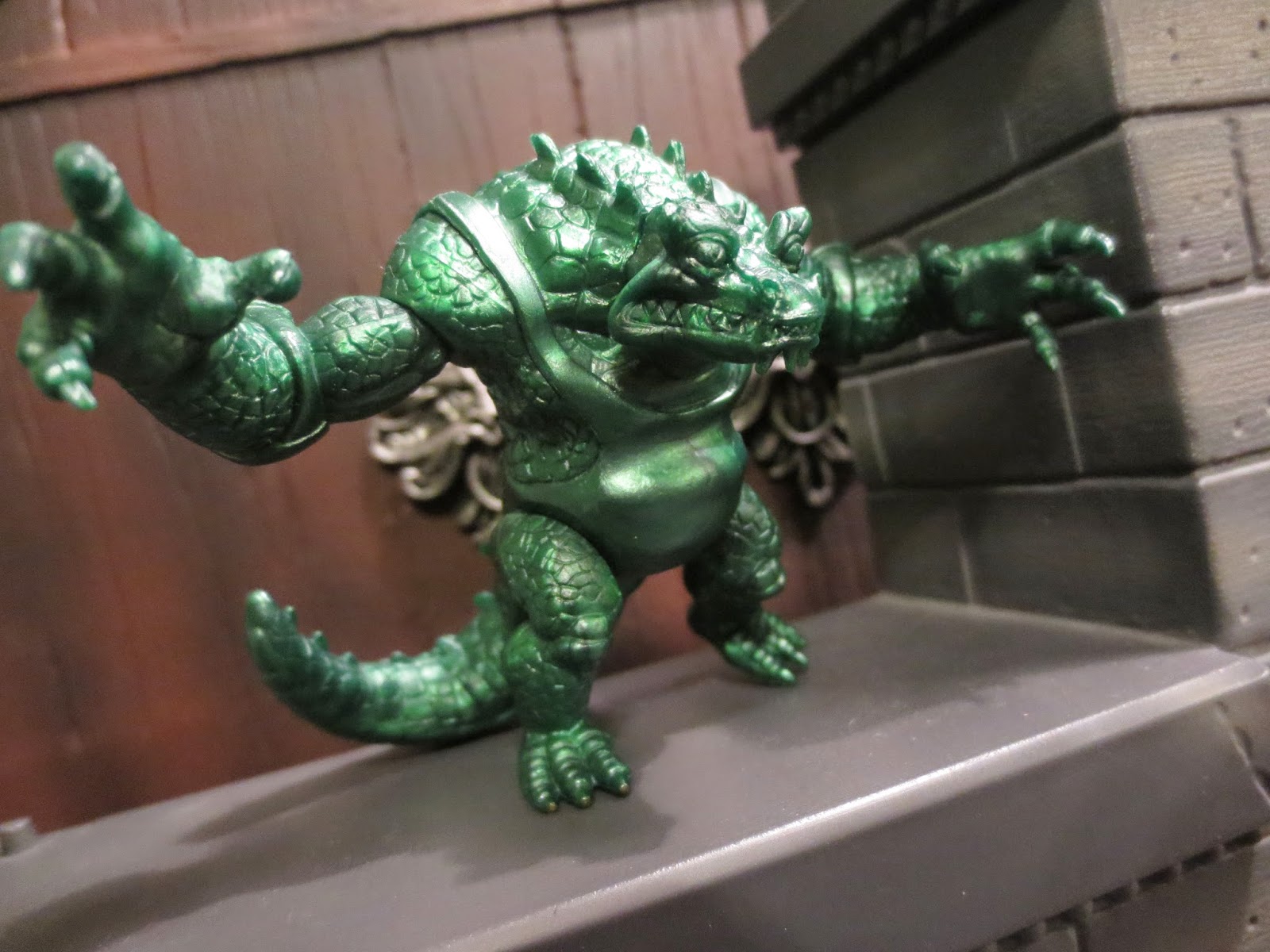 I've reviewed two different colorways of the first series of PVC figures in this line: