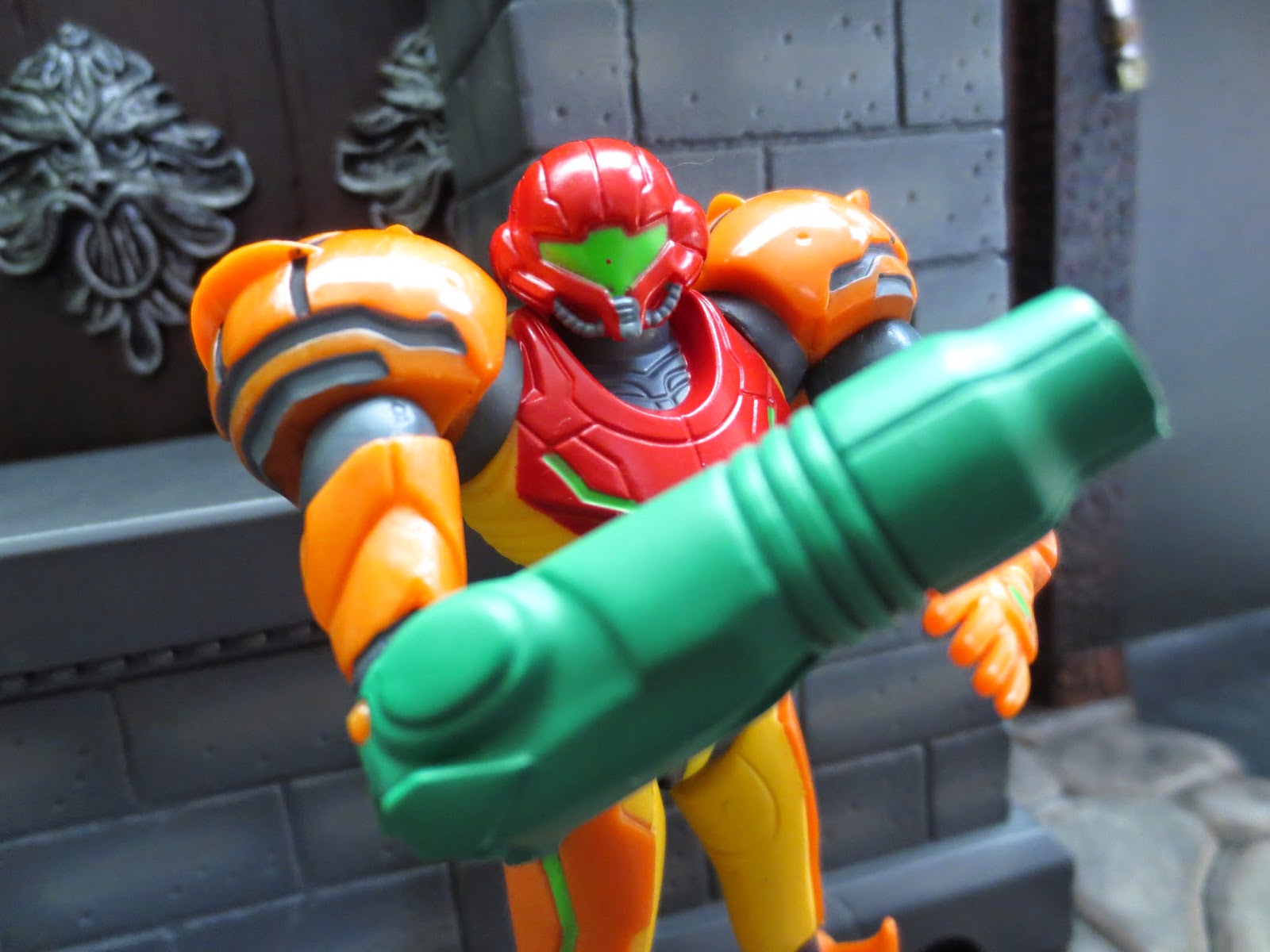 Jakks Pacific's World of Nintendo line seems to have a lot going for it: The figures are colorful, durable, inexpensive, and represent the first time we've seen many beloved Nintendo characters in action figure form at regular retail stores. While distribution and retailer support has been a bit sporadic (Wal-Mart doesn't carry the line yet) I can't help but feel that Jakks Pacific has earned a great deal of good will from video game fans due to releasing a Nintendo based toyline that seems to have some real legs to it. Today I'm looking at a new figure from series 1-2: Samus Aran from the long running Metroid series. This isn't the first time that Samus has had an action figure crafted in her likeness but it is the first time that I can recall that one was released at a regular retailer like Target or Toys r' Us for a reasonable price point. Ms. Aran is without a doubt one of the most popular and significant video game protagonists ever and it's great to see her in this line alongside other Nintendo icons like Link, Mario, and Donkey Kong. Ready for a closer look at Samus Aran? Then blow into your computer, smack on the casing, and join me after the break... 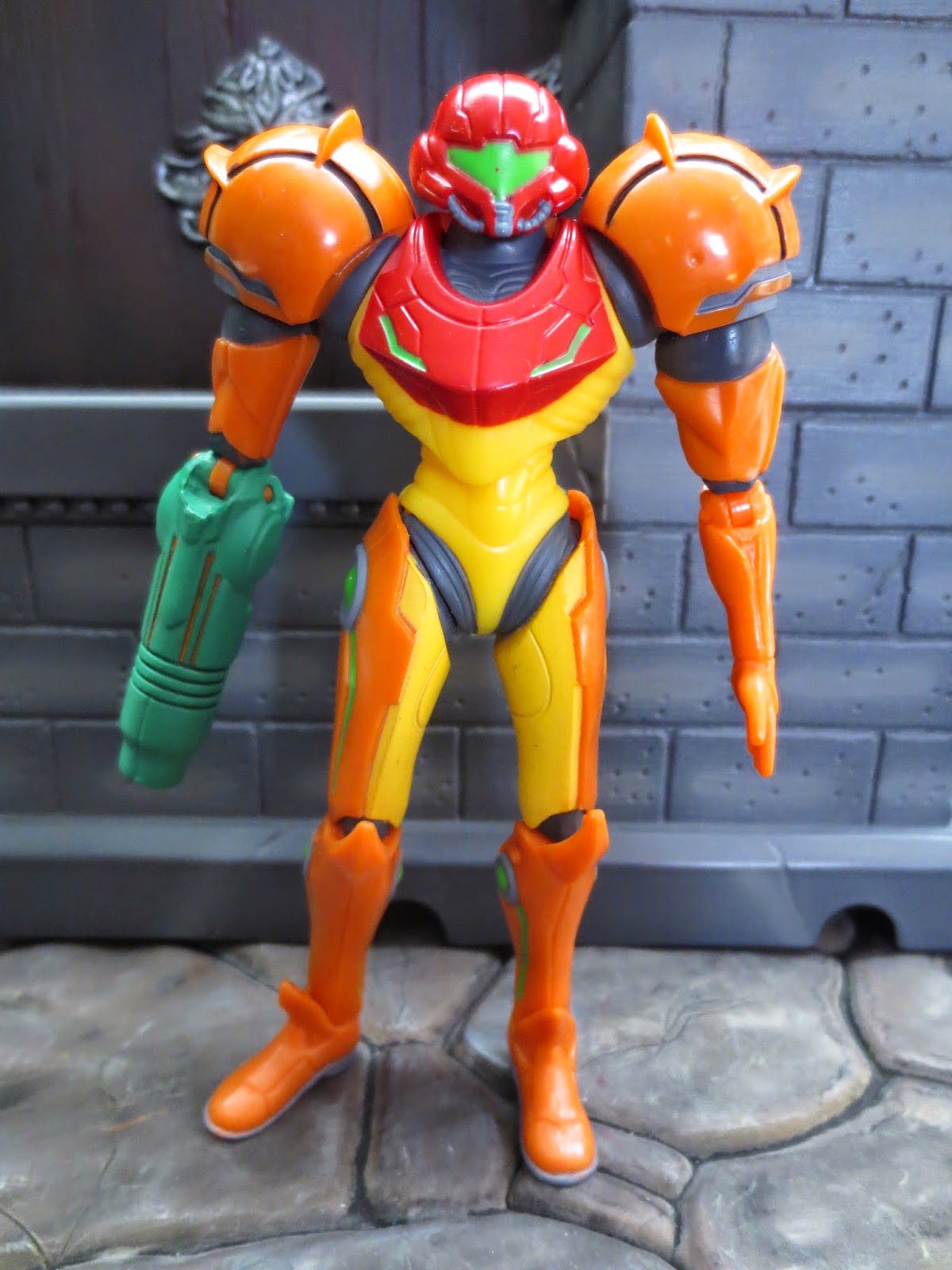 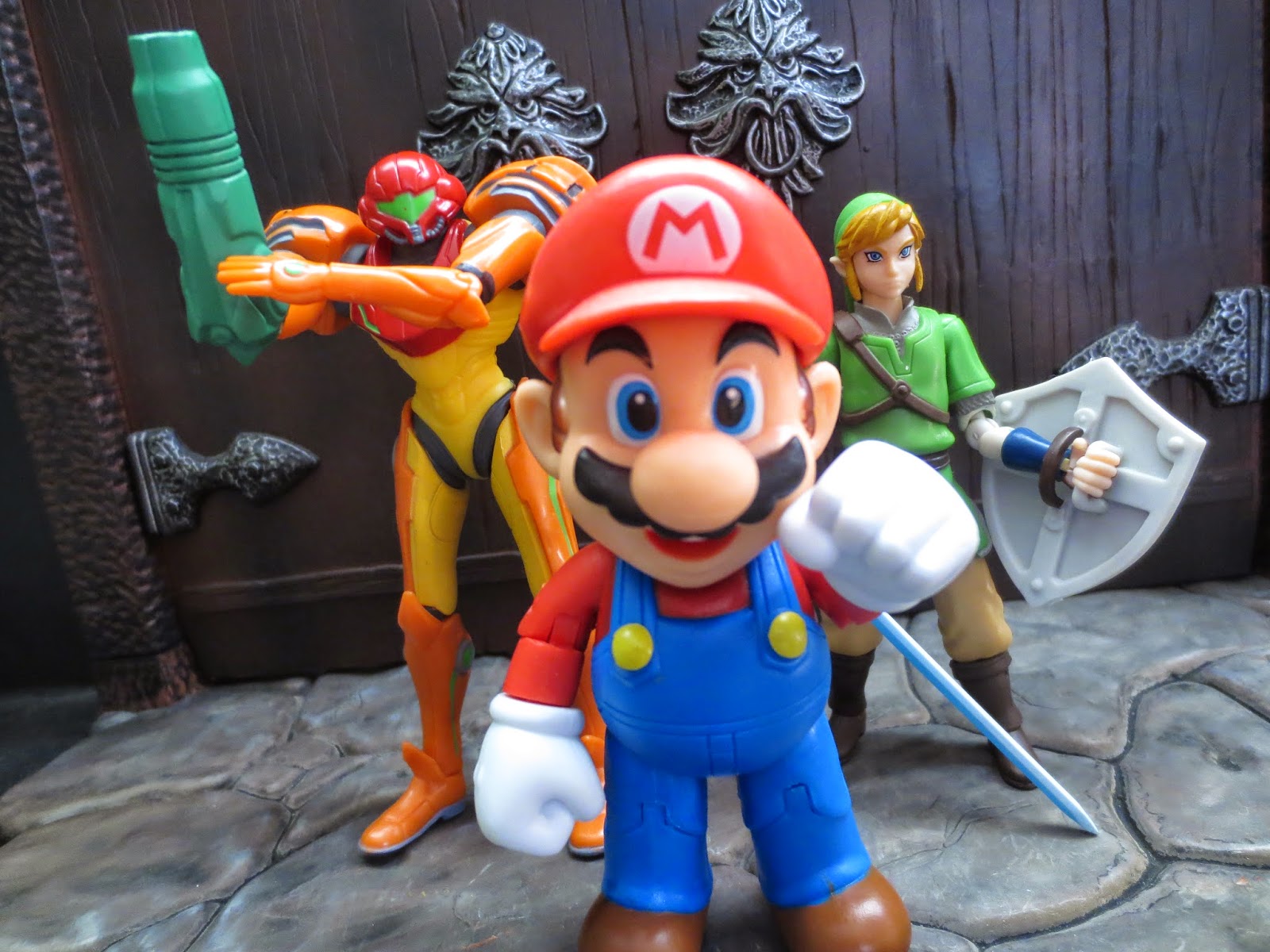 *This might sound kind of odd but I'm loving that each character in World of Nintendo is getting their own unique style. Rather than trying to create a cohesive look among the different Nintendo franchises, Jakks is letting each one stand out. Samus definitely does not look like a Super Mario Bros. or Legend of Zelda. She has the angular, technology laden look of the Metroid series. I know this seems like an odd think to point out but I really think Jakks has done a fine job of making these characters work together without sacrificing their unique styles. 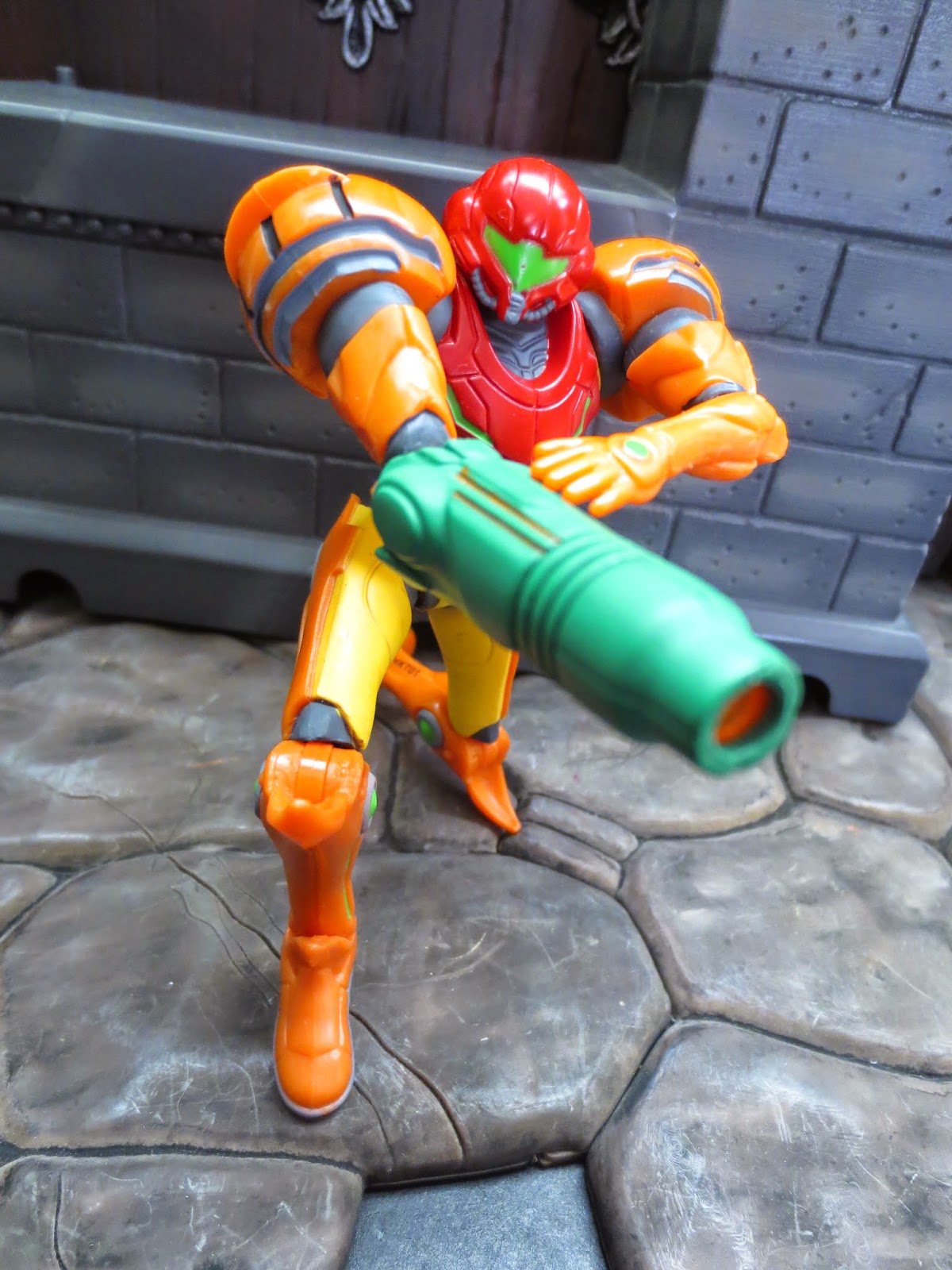 *I'm going to talk more about articulation as a negative below as this figure has some very peculiar problems. Being positive, though, I want to mention two things: First, Samus is capable of taking a couple of very cool poses. She looks great kneeling or holding her arm cannon out while bracing it with her left hand. Second, she's very sturdy. The joints all feel nice and solid. 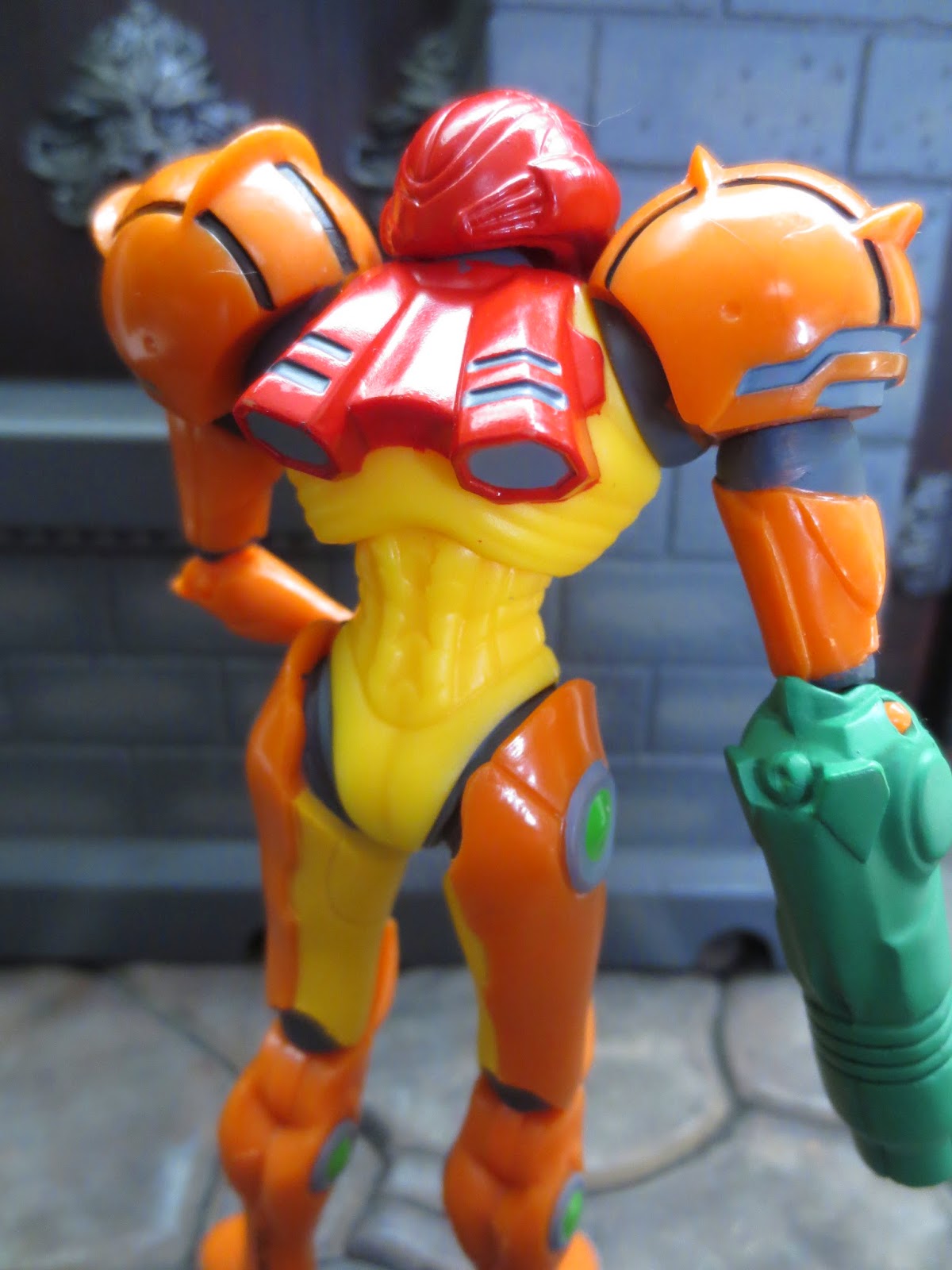 *I'm digging the sculpt. It's nice and detailed and captures the look of Samus' Varia Suit well. The sculpt might be a little soft but there are plenty of little extras. Much of the figure is molded in the appropriate colors of plastic although there is still plenty of paintwork that looks good overkill. Samus is rather bright and will definitely stand out on most toy shelves. 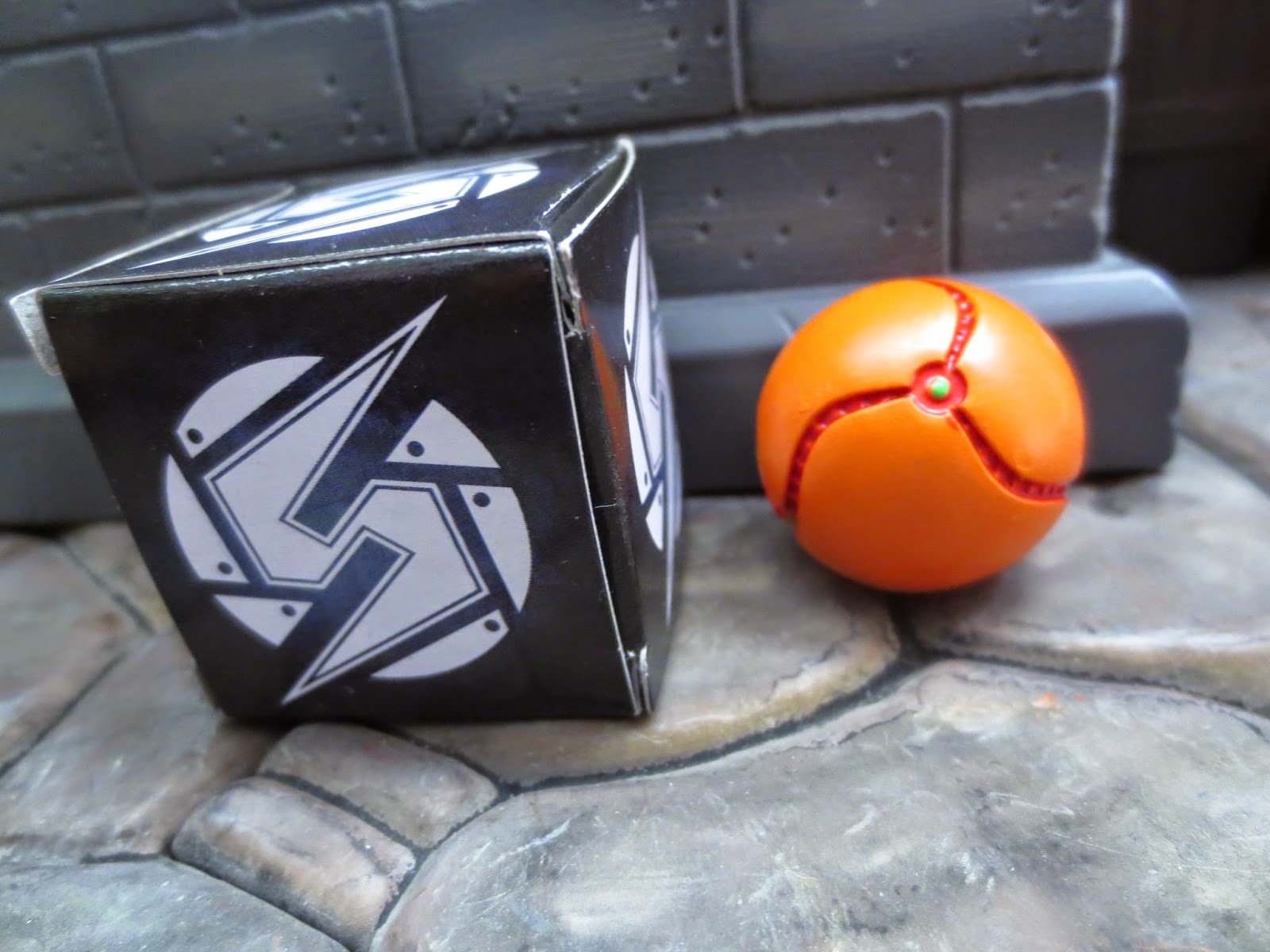 *Each of the basic World of Nintendo figures have come with a little extra hidden in a cardboard box (that is kind of an accessory itself). Samus comes with her Morph ball form. This is just a hollow plastic ball but the sculpting and the paintwork really do capture Samus when she's transformed into this form. It's a rather neat little extra although it can be tough to display: It keeps wanting to roll away. 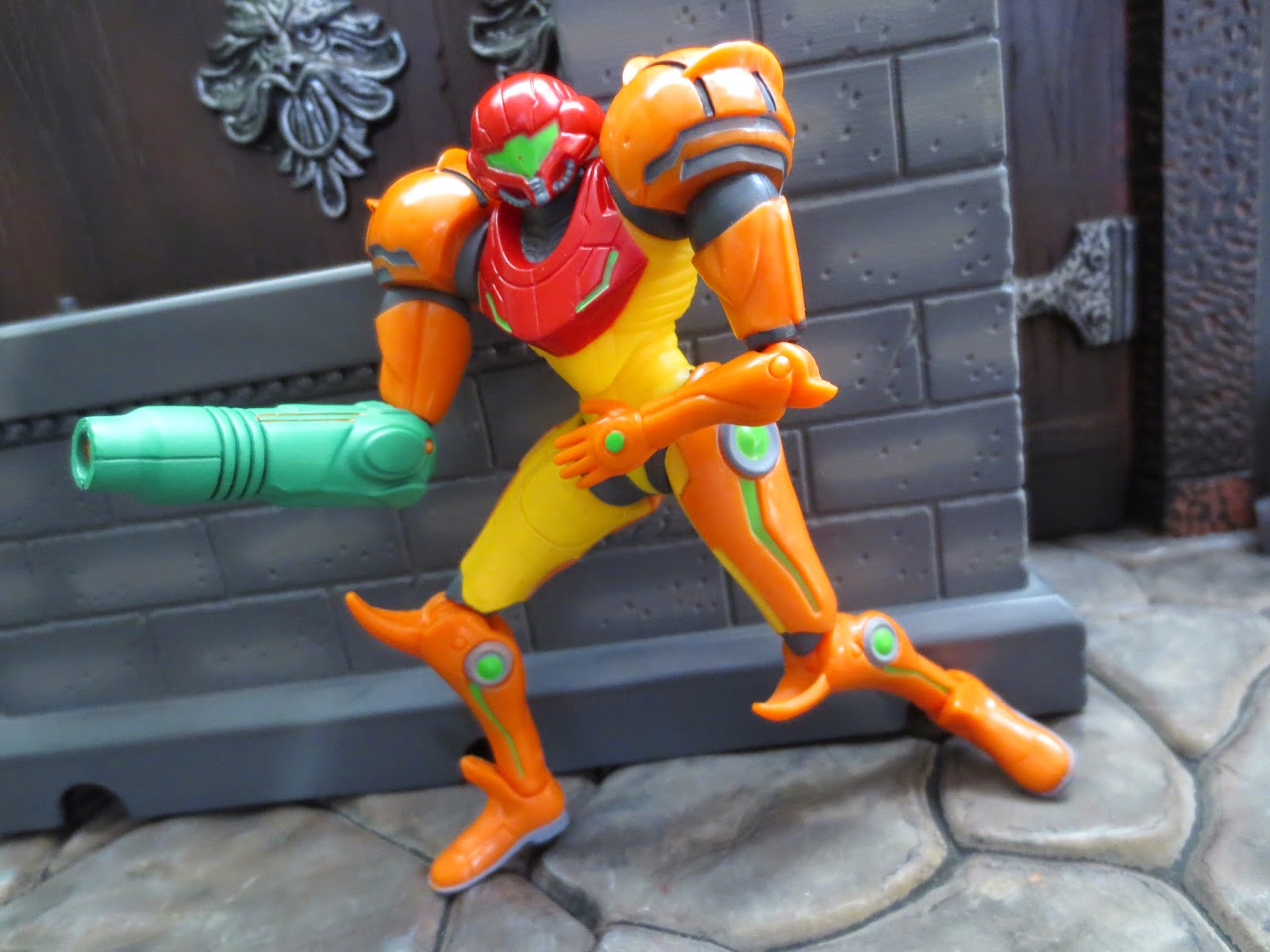 *The articulation on this figure is wonky as all get out. While Link has some excellent articulation, Samus is sabotaged by some poorly thought out joints and the fact that her suit is a bit bulkier. There are two major problems that affect the poseability of the figure, the first being that the shoulders are swivel joints. Yeah, swivel joints. They're sculpted at an angle, which helps, but having ball joints or swivel/hinge joints would have made this figure go from Good to Amazing. The shoulders are so important for arm movements and, considering the decent arm and leg articulation, the absence of joints with a better range of motion seems rather absurd. Secondly, it's a bit odd that Samus has swivel ankles. They don't feel like they serve much purpose. If they had some lateral movement to help her stand better I could see the point but, as is, they seem rather useless. 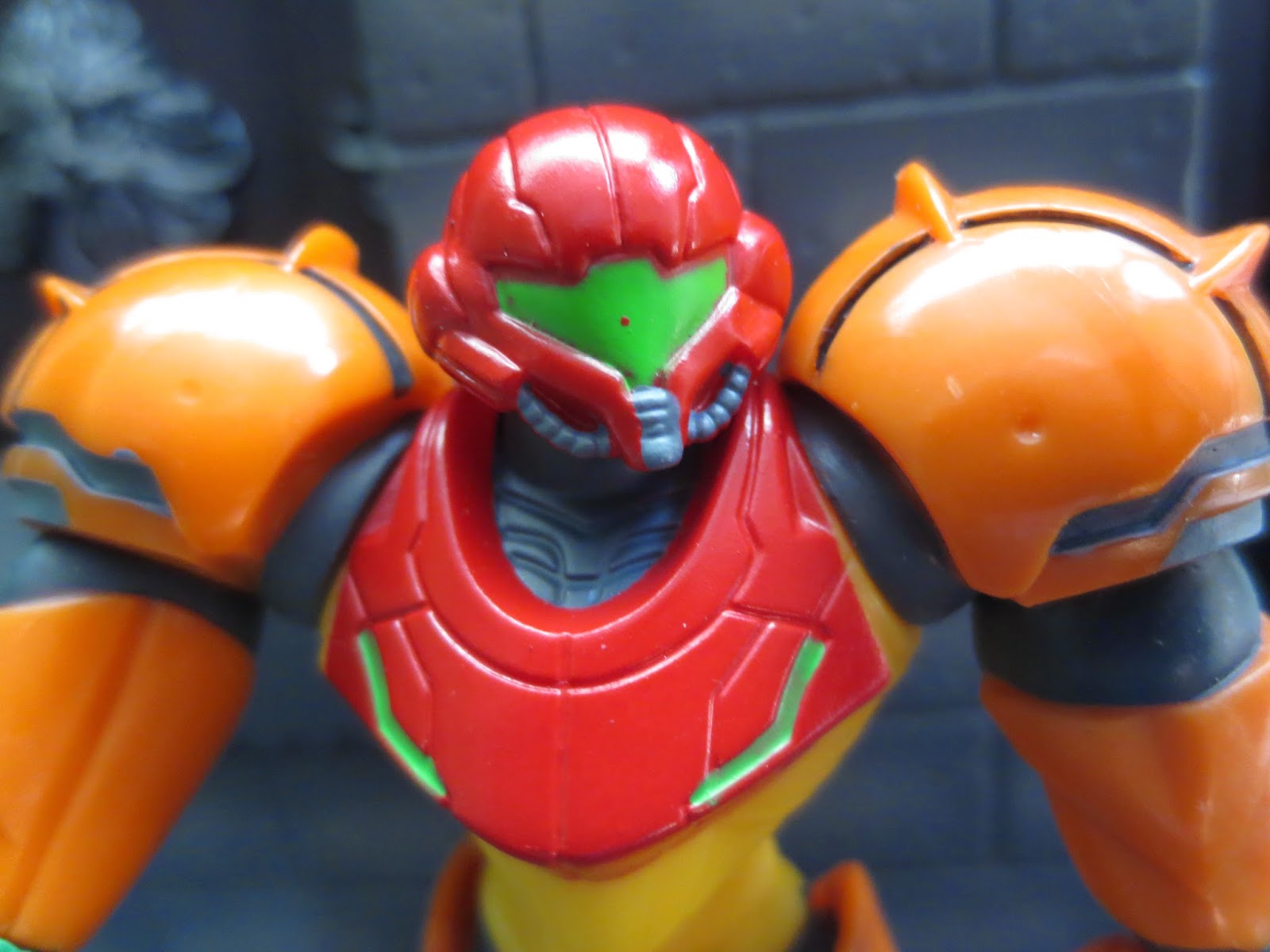 *There are a few stray paint errors here, including a fleck or two of red on her green visor. There's some minor paint bleed on some edges as well, particularly when red and yellow are involved. 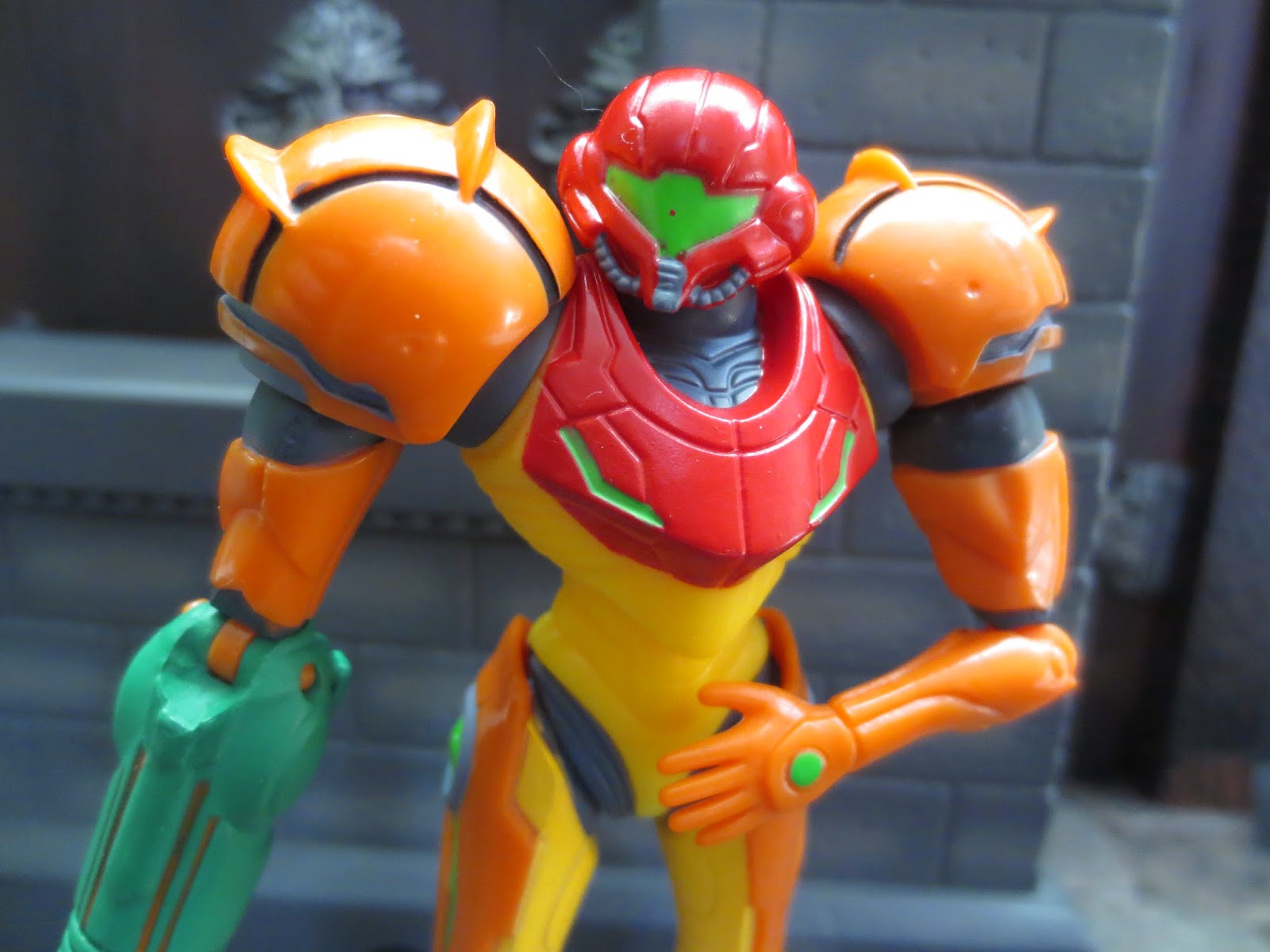 If you're trying to compare this to something like the Figma Samus Aran, you'll inevitably be disappointed. This isn't a high end action figure. When you step back, though, and acknowledge that this figure sells for less than the average TMNT or Star Wars action figure, I think you'll be impressed. Samus is definitely an above average mass market figure figure and a darn fine toy on her own. While I wish the articulation was a bit more well thought out I can't ignore everything that this toy has going for it" This is a solid, colorful, fun action figure of a character that is not just flooding toy shelves. When it comes to characters like Iron Man, Batman, or Darth Vader, well we've been seeing them on toy shelves for years and it takes a real improvement to make fans pay attention. Samus hasn't received that many toys though, so it's a real treat to have her as part of this new line. Ultimately, despite the wonky arms, I'm giving her a Great rating. She's still insanely fun and looks awesome with her fellow Nintendo icons!

I've reviewed all of the series 1-1 figures, including: