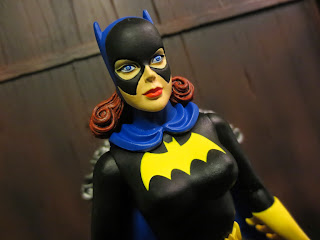 It's time for a trip back in the Action Figure Time Machine! Join me today as we head back to 2008 to check out this awesome Carmine Infantino styled Batgirl from DC Direct's short-lived Showcase Presents inspired series of action figures. One of the things that DC Direct (now DC Collectibles) used to be known for was producing action figures that really reflected the particular style of a specific artist. Over the years they've kind of moved away from that (although the Greg Capullo Designer Series is a welcome return) and have began producing figures that reflect a more general style. Artist specific figures can be a tough sell. While some fans tend to love various specific artistic interpretations of certain prominent characters (I'm thinking big names like Batman, Spider-Man, and the Joker) or specific distinctive artists (such Jack Kirby, Joe Kubert, Mike Mignola, Adam Hughes, or Alex Ross) overwhelmingly it seems that most fans want to build a comic universe in a cohesive action figure line. In 2008 Marvel Legends was being taken over by Hasbro (and getting some nice Diamond Select releases, too), Mattel was knee-deep in Justice League Unlimited and was just starting DC Universe Classics, and DC Collectibles was in an odd place. They tried a lot of stuff and this small line of heavy hitters was an attempt to try and do some well known characters in distinctive styles. While this line didn't seem to set the collecting world on fire, it did give us a beautiful Batgirl figure. Ready for a closer look at Batgirl? Then join me after the break... 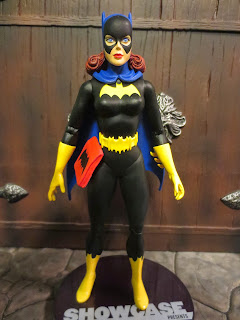 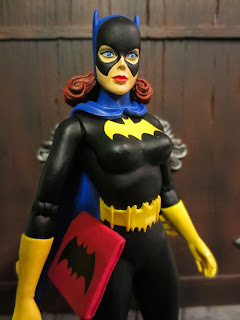 * The selling point of the Showcase Presents line was that the figures were based on the art of specific artists who contributed significantly to the character. In Batgirl's case it is immediately apparent that she's based on the work of Carmine Infantino. Infantino co-created Barbara Gordon along with Gardner Fox and it was his artwork that introduced the character on the cover of January 1967's  Detective Comics #359 "The Million Dollar Debut of Batgirl." This Batgirl perfectly exemplifies the beautiful, clean simplicity of Infantino's art! She's absolutely gorgeous! Her costume also has plenty of flourishes such as the blades on her gloves, the folds on her boots, and the unique design of her utility belt. This is the definitive Silver Age Batgirl!
The sculpt is credited to Karen Palinko and it's a real winner! 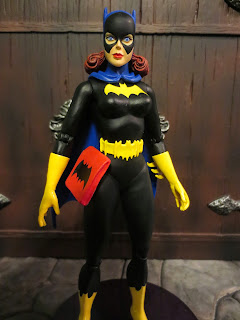 * While there are a great deal of sculpted elements on Batgirl's sleek outfit, the paint work still is significant in order to have clean edges between the black body suit and the yellow highlights. I'm happy to say that for the most part the paintwork is solid. The bat logo on Batgirl's chest is quite clean and the yellow and black elements of the costume are very clearly separated. Those colors often have trouble! Her face is gorgeous and the work is incredibly clean, particularly her eyes and her bright red lips. There's a nice dark wash on her red hair that helps to give it some great definition, too. 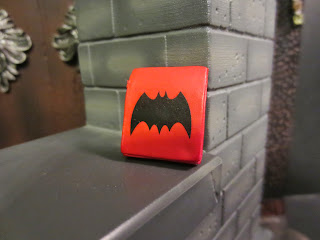 * Maybe it's not intentionally removable but I like the fact that Batgirl's bat-satchel is a separate piece that plugs into a small hole on her left side. Mine pulled out with little effort but goes back in easily. Is this intentional or just a by-product of the glue breaking down over the years? Who knows! This is the only 6-7 inch Batgirl figure I own that comes with this accessory, so that's a plus in my book. Satchels are handy. As someone who almost always wears a red and black B.P.R.D. satchel, I can vouch for their usefulness first hand. 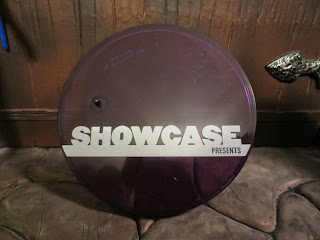 * I freaking love stands. Love them, love them, love them!  I hate the fact that DC Collectibles stopped including them with their figures! DC Direct used to produce some lovely stands. Even when they were plain, like this one, they still got the job done. Stands are always a plus in my book! 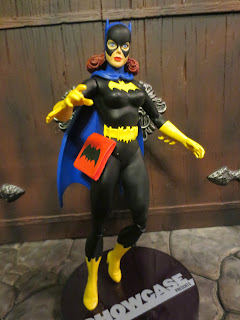 *Articulation wasn't some mysterious, unknown creature back in 2008 but it wasn't DC Direct's forte. Heck, just the fact that this figure had swivel/hinge shoulders and a ball jointed neck was probably kind of a big deal. The problem, though, is that the knees seem a bit weak and a tad loose. That's a problem that many DC Direct figures from this era have. The arms also freak me out a bit as the shoulders for some reason just seem like they could break off. Maybe I'm just being paranoid but I think my Batgirl is just going to chill out on the shelf alongside dozens of her sisters. 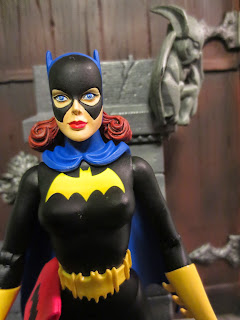 I'm surprised that I hadn't purchased this figure as I was just starting to collect Batgirl figures around late 2007/ early 2008 so this seems like it should have been a natural buy. I finally picked it up, though, and boy am I glad that I did. It's just gorgeous! I can't speak much to it being a great toy in the sense of being well articulated, durable, and loaded with accessories but it really looks great on a shelf in my Batgirl display. Carmine Infantino's Batgirl is still one of the best depictions of the character and definitely deserves her iconic status. If you're a collector of Batgirl merchandise I would definitely try to pick this one up. It's a real beauty and perfectly captures the charm of the Silver Age of comics. I'm giving her a Great and a 1/2 rating. She would have been amazing in 2008 and is still incredible today.

I've reviewed a ton of Batgirl stuff on this site so far, including: