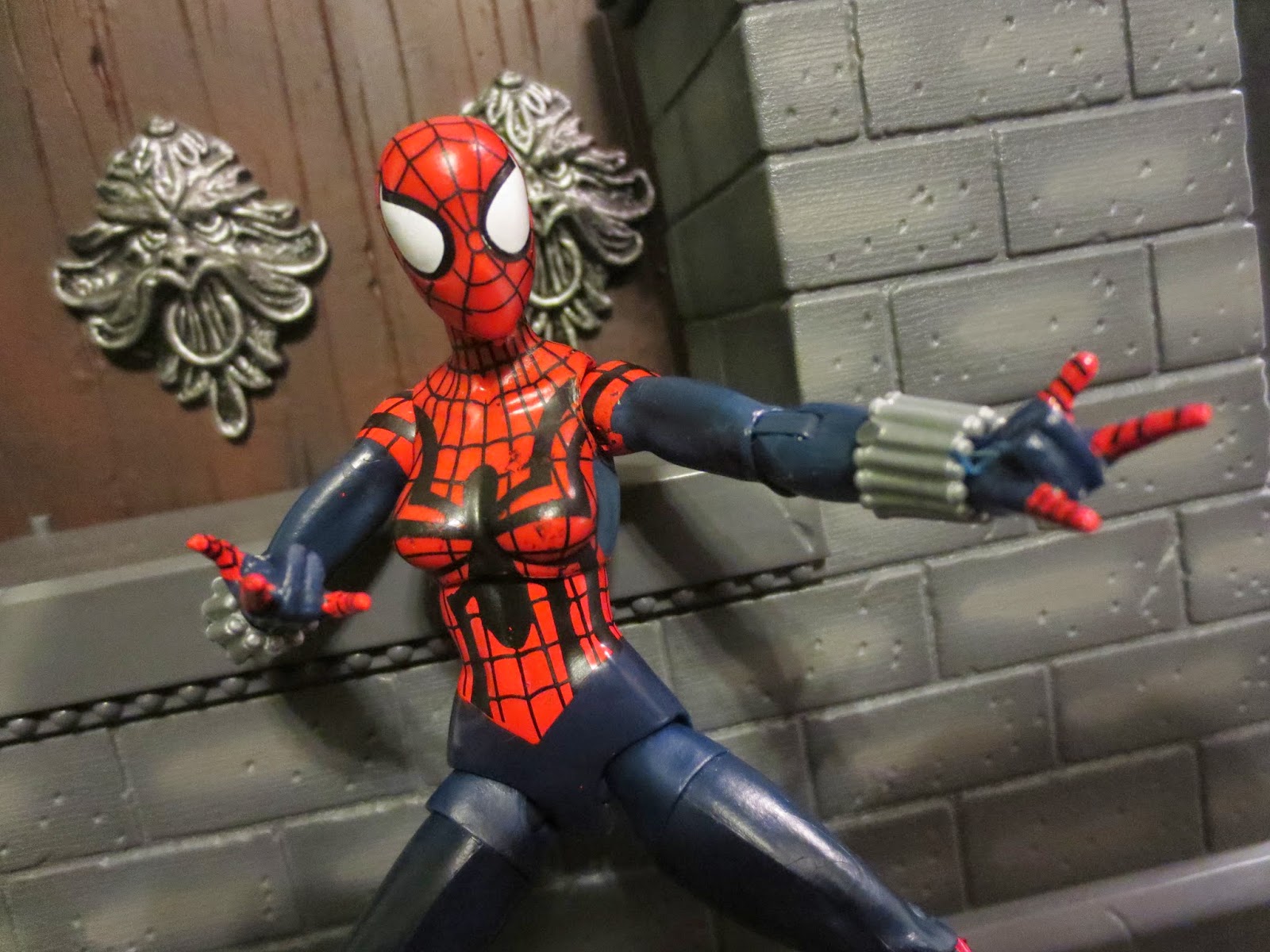 The cast of the Confirmed Epic Podcast often chastised me due to the fact that Spider-Man is not in my top 10 favorite superheroes. In all honesty, he's probably not even in my top 25. I don't feel like I dislike Spider-Man or anything; I just never really gravitate towards him. I enjoyed the Sam Raimi films (yes, even part of Spider-Man 3), the older animated series, and some of the video games, but I've just never really had a crazy connection to the character. I'm really curious to see what Marvel Studios and Sony do with the new Marvel cinematic universe Spider-Man but that's neither here nor there. Today I'm looking at May "Mayday" Parker, AKA Spider-Girl! She the daughter of Peter Parker and Mary Jane in some kind of alternate universe or something. Clones, Mephisto, MC2, blah blah blah: To me, someone who doesn't follow Spider-Man stuff, this is simply a really cool figure of a butt-kicking female in Ben Reilly's Spider-Man suit who is ready to clean up the streets. Ready for a closer look? Then join me after the break... 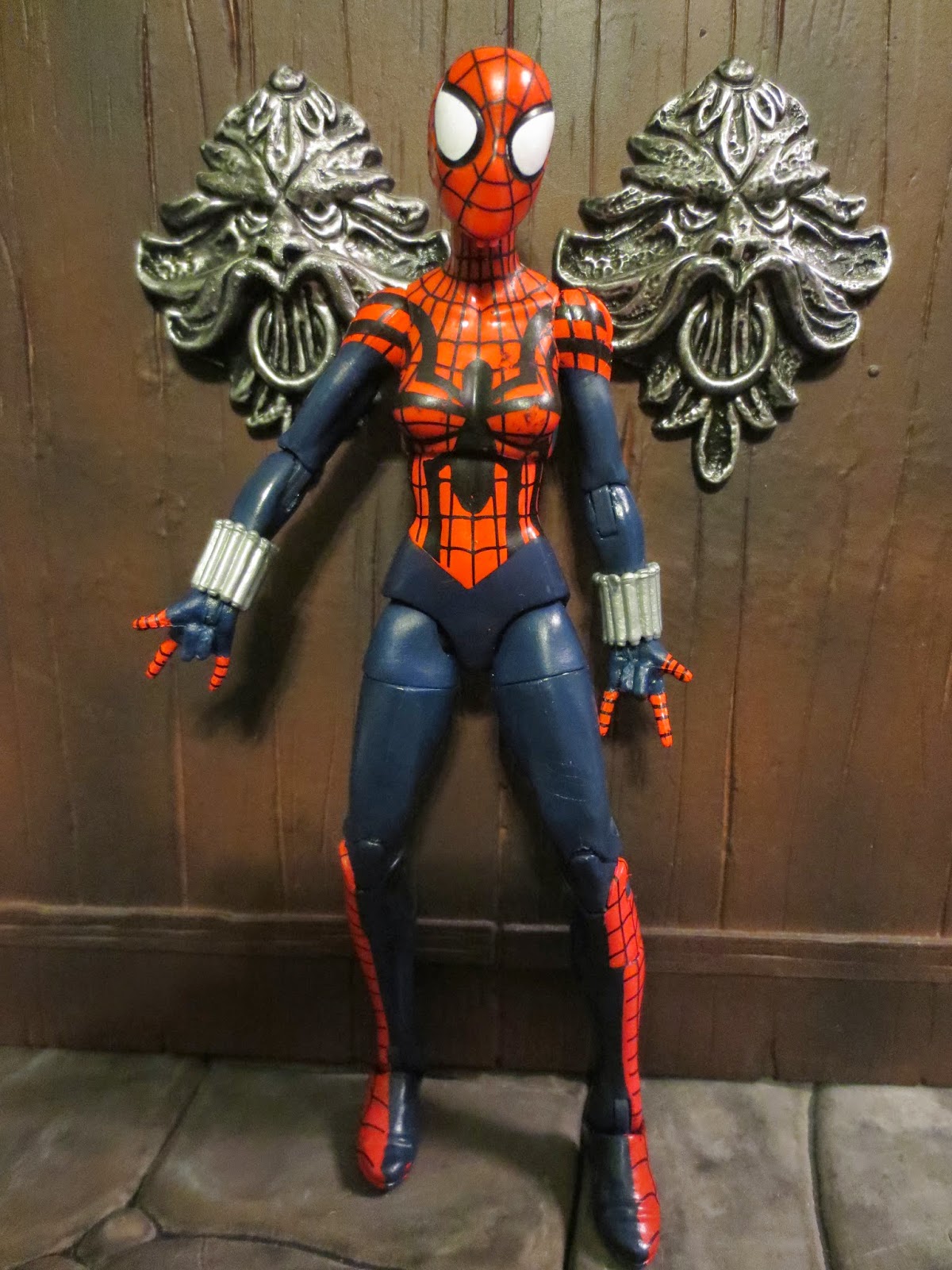 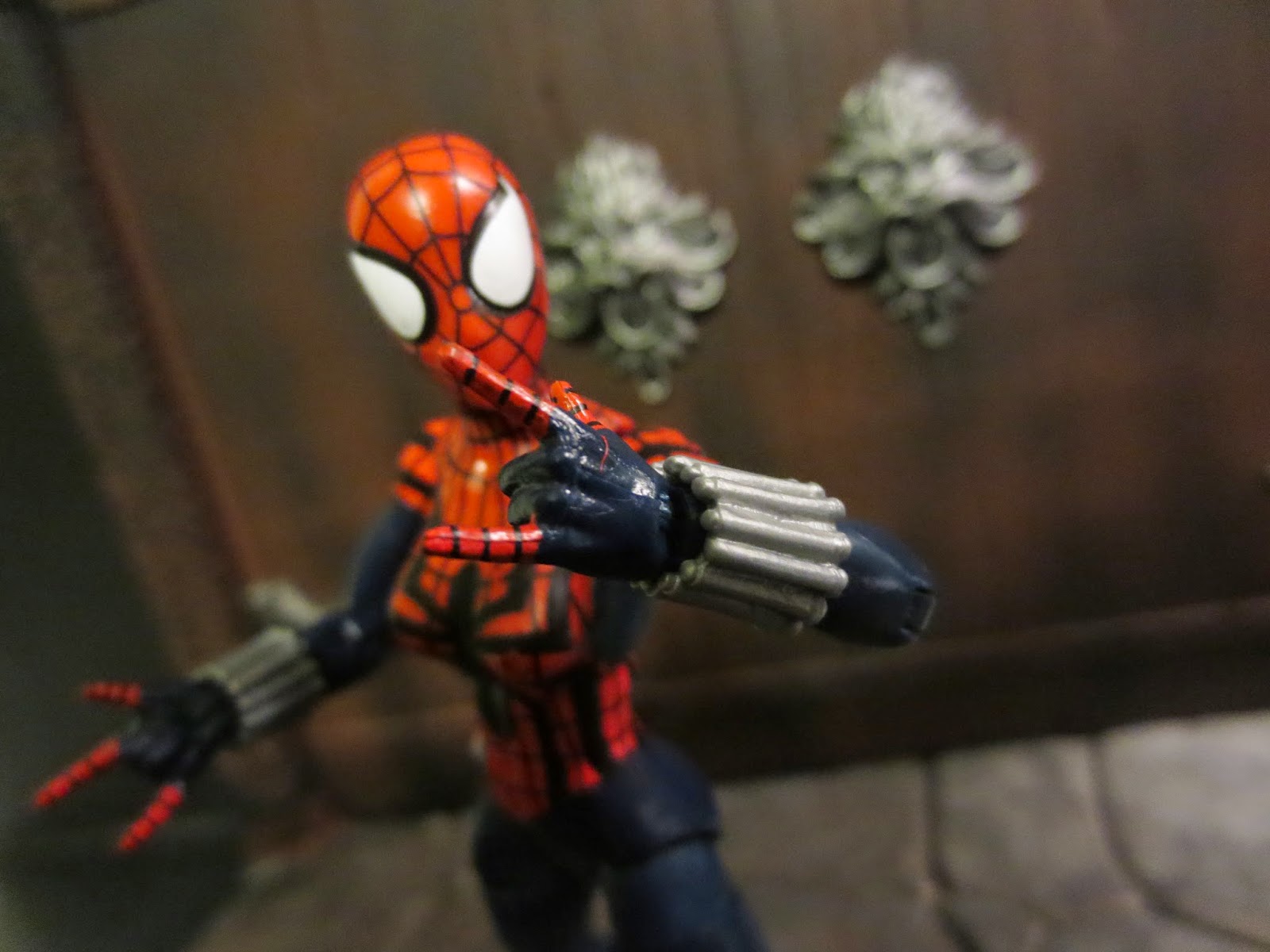 * Above the waist Mayday has some pretty nice articulation. She doesn't have double hinged elbows or true ball jointed shoulders or anything but I'm quite content with her range of motion. The hinged neck, ball jointed torso, and swivel/hinge wrists really give her some great expressive movement. I also like that her hands are posed in a web-shooting motion. They look great! 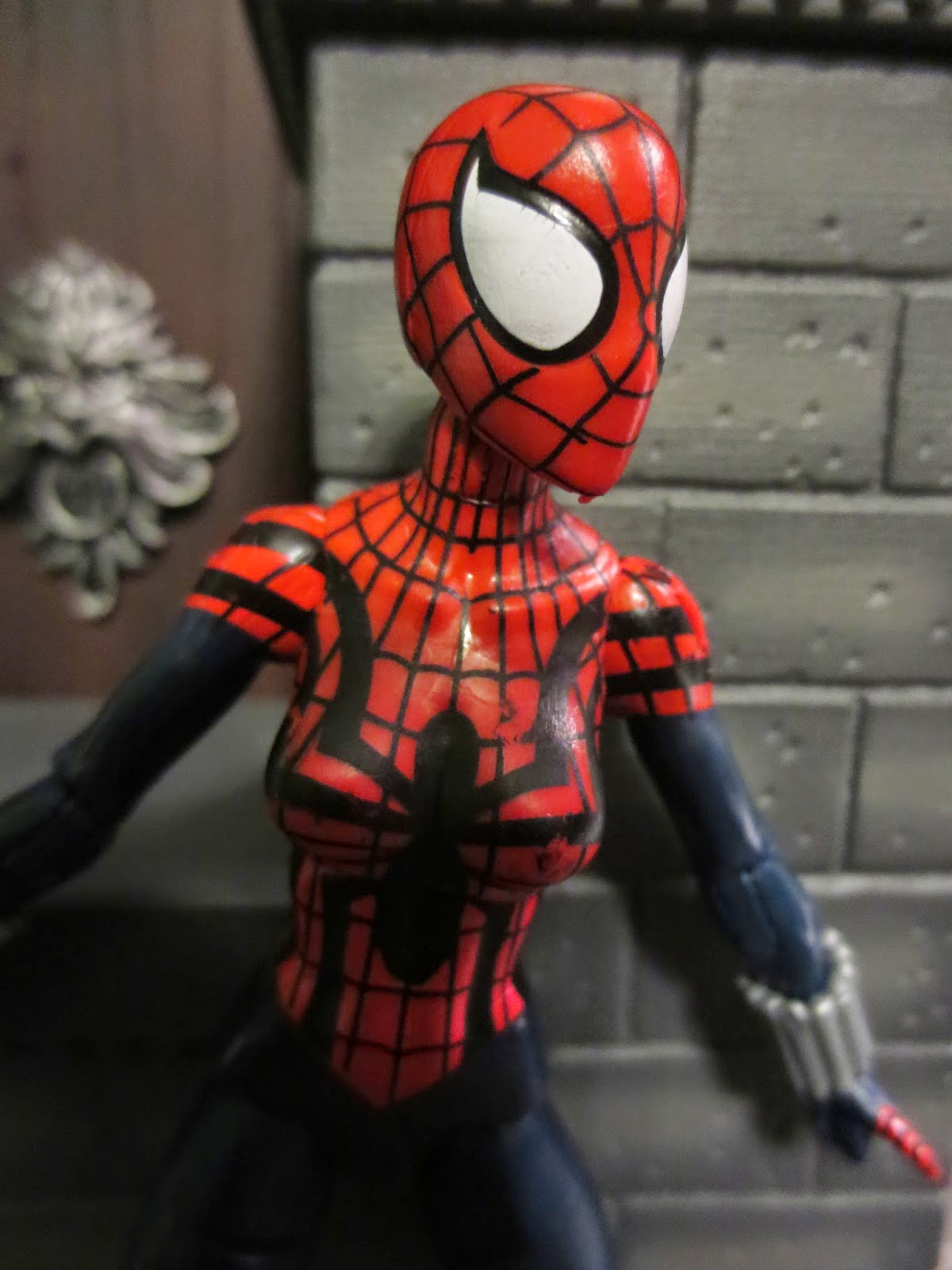 *The sculpt is nice. Like her father, Spider-Girl has a thin, athletic frame. She looks like she's in great shape without being a muscular power-house. She's also a bit shorter than your average Marvel Legends superhero which gives your display some nice diversity. Her masked head has a nice shape to it and her wrist gauntlets/ web shooters are pretty cool. They're really the only things that break up her svelte frame. 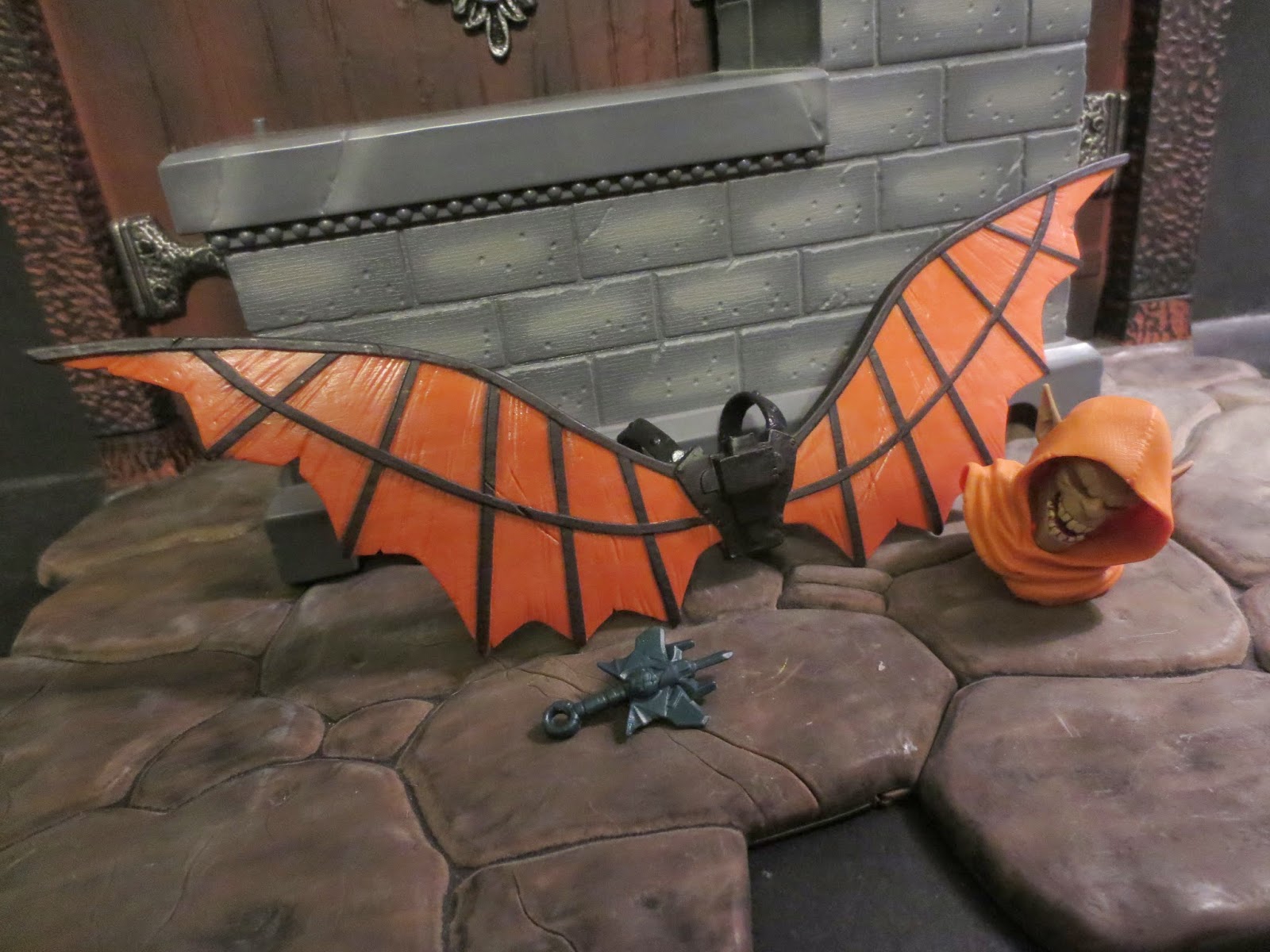 *While Spider-Girl doesn't include any accessories for her own use she does come with some build-a -figure parts for the Hobgoblin figure that are pretty cool in and of themselves. I'll probably never complete this series of figures but I love the backpack that Hobgoblin uses. It's a bit big for Spider-Girl but looks pretty cool regardless. The little removable sword hilt is also neat and could be used with some other toy. 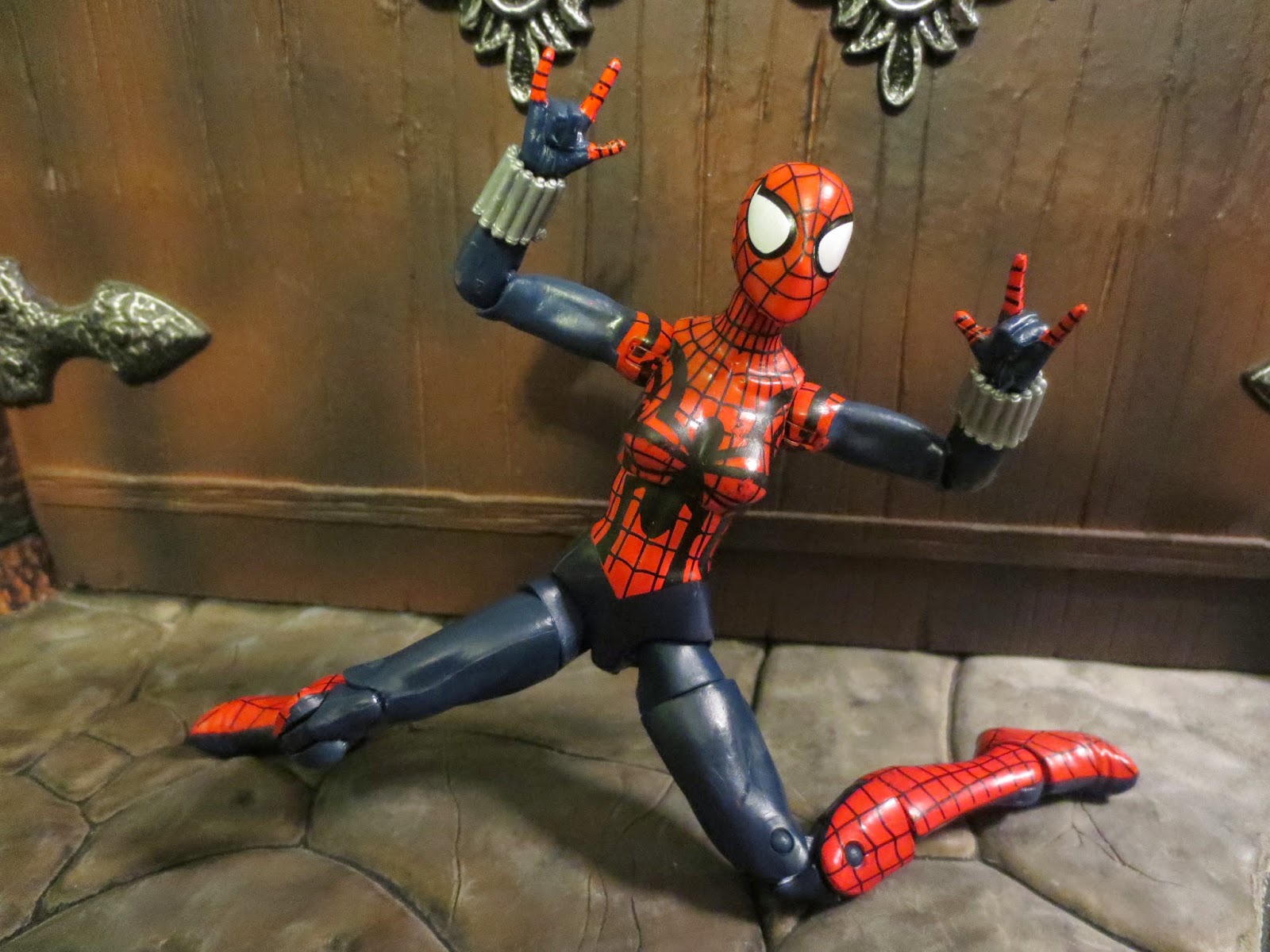 *Ready for a rant again? OK, here we go: Why in the world did Hasbro not just call this figure Spider-Girl on the package? In the past there have sometimes been more than six figures in a series and figures coming with the same build-a-figure parts were variants. That's not the case with the newest Spider-Man series, however. There are six figures in the series each with a unique part. The four male figures get their name on the package while Spider-Girl and Ultimate Spider-Woman do not. What the heck? I really don't understand this! Is this to appease retailers and make them think fewer females are being shipped in each case? 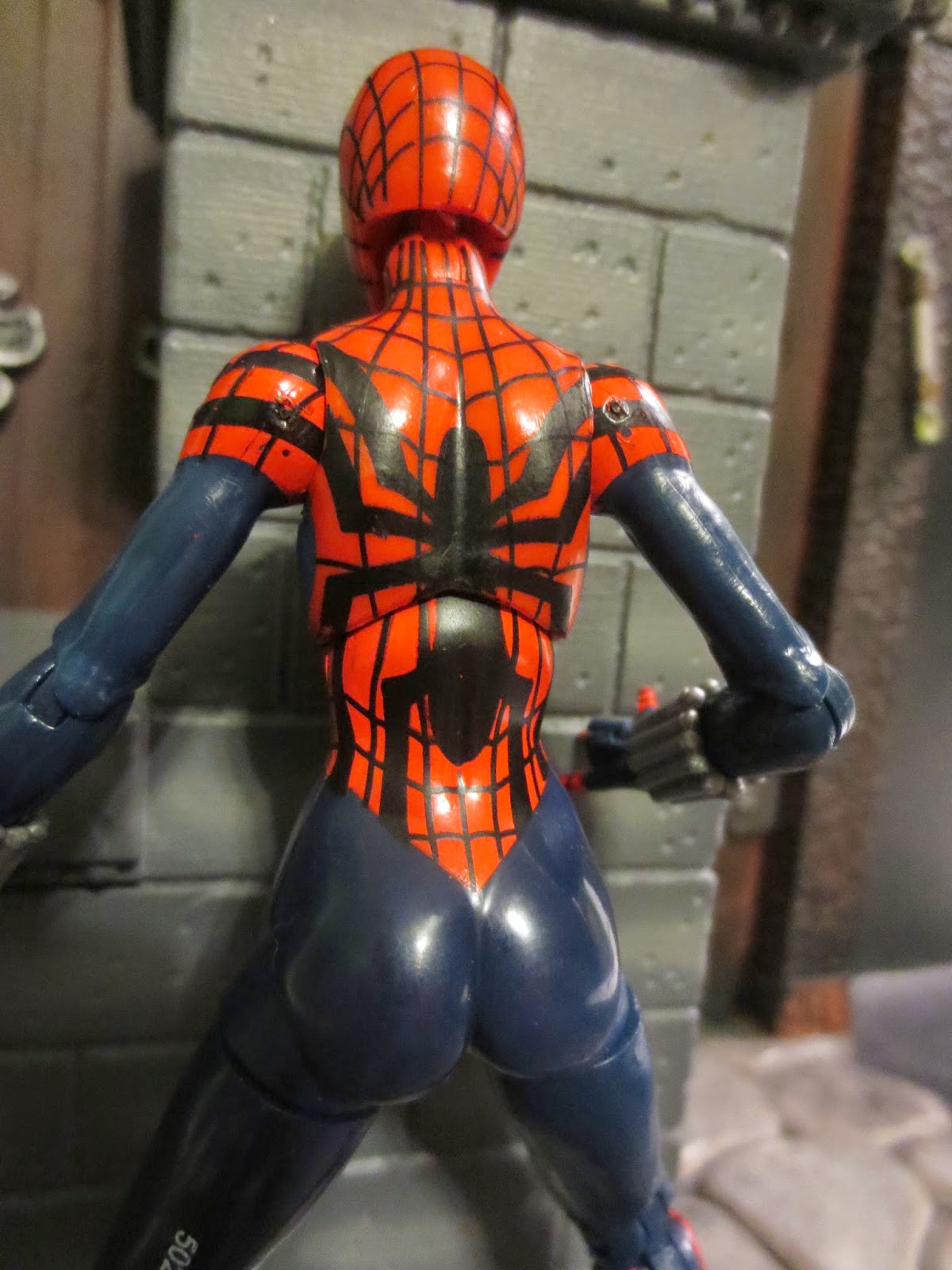 *I mentioned that Spider-Girl's articulation above the waist was good but below the waist? Well, there's quite a bit of articulation but it just doesn't seem to be very stable. The hips just don't have the range of motion Mayday needs to get into proper spider stances and the knees just feel a bit too loose and rubbery.

*I'm definitely a bit disappointed that Spider-Girl doesn't come with any accessories. Hasbro has gotten really good about including extra portraits and extra hands with many figures, particularly Spider-Man. Why not an unmasked May or some alternate fists for her? There's no way she's a new sculpt, right? 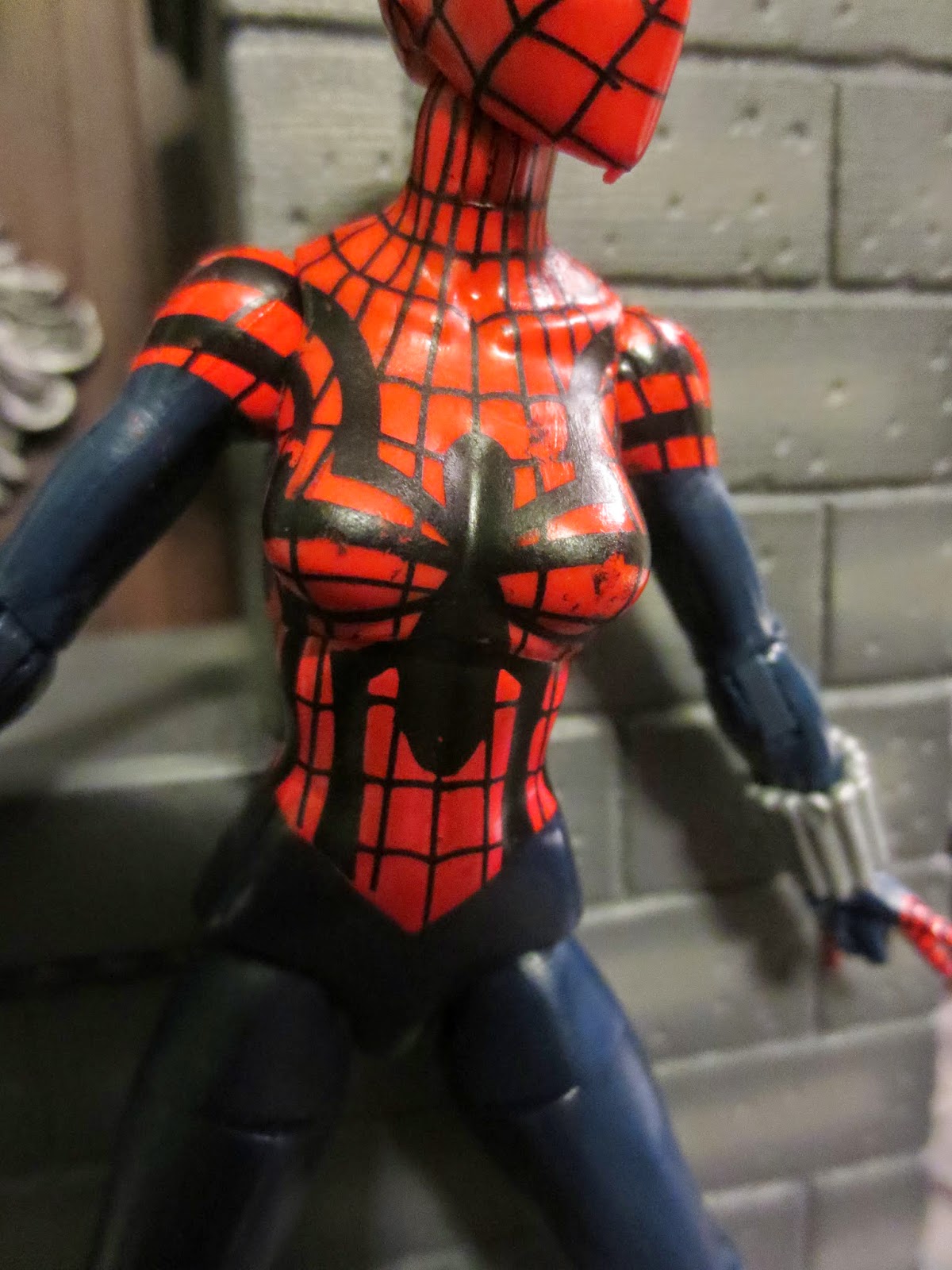 *Oddly enough, my Spider-Girl has some plastic molding flash on her chin. It looks like she could either use a shave or needs to cut some loose threads on her mask.

*The paint work is also a bit frustrating. While Spider-Man and his allies typically have seemingly simple costumes, the little webbing details are fairly complex. As you might notice, Spider-Girl has lots of messy paint lines on her torso. Her chest is really a mess. It's frustrating as the spiderwebs are effectively the symbol on the costume and having them messed up like that is like having Batman's Batsymbol misprinted. You just don't do that! 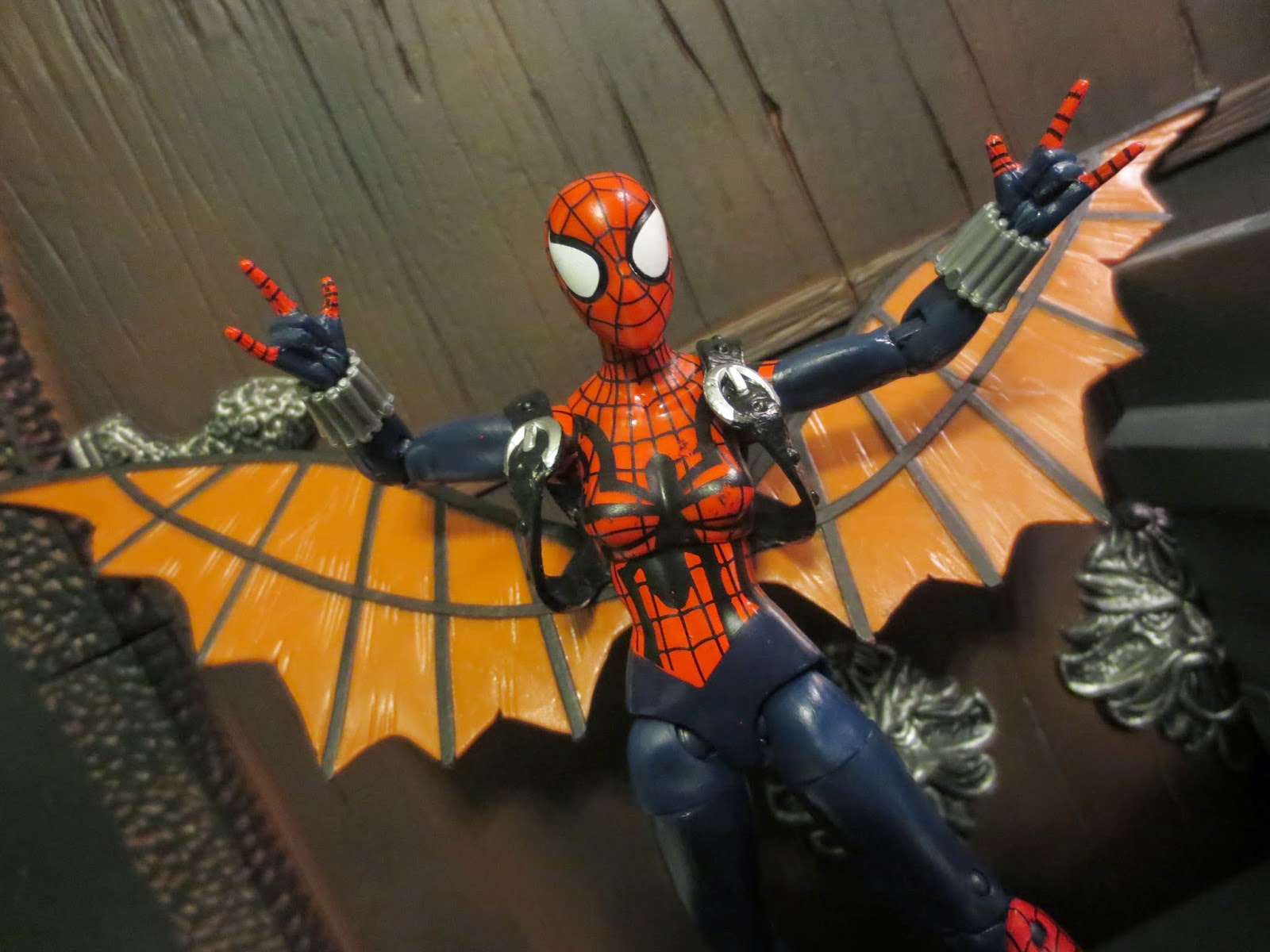 I don't dislike this figure but I'm definitely aware of some major faults. The loose, awkward legs and the messy paint work on the torso are the biggest problems in my book. While I thought this was an interesting figure I'm sure May Parker has a ton of fans out there who are finally glad to see her get made into an action figure. Hasbro really seems to have been adding some rather unique figures into the Marvel Legends Infinite Series lately and even a pretty casual Marvel collector like me has noticed. I like Hasbro's direction with this line. Hopefully they'll keep fixing problems, continue to give us a nice mix of heavy hitters and obscure favorites, actually give all of their figures names instead of titles, and keep up with the newest films. If that's the case I imagine the number of Marvel figures I purchase a year will continue to grow. As it stands, I'm giving Spider-Girl a Good rating. She's not terrible but there are far better Marvel Legends figures currently available. Heck, there are far better spider themed women on shelves currently.

I've reviewed a few Marvel Legends Infinite Series figures over the past year or two: