Action Figure Review: Robot He-Man from Masters of the Universe by Super7 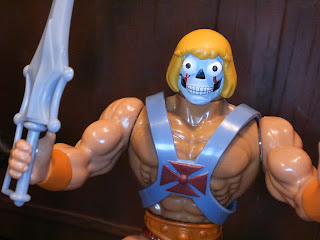 I'm slowly making my way through series 2 of Super7's vintage styled line of Masters of the Universe action figures and I'm only now coming to the third figure in the line: Robot He-Man, a bizarre He-Man variant from the Filmation episode "Disappearing Act." When Prince Adam is kidnapped, Man-At-Arms builds a robotic He-Man to take his place. Well, not quite. Robot He-Man serves as more of a decoy so that Skeletor (and everyone else not in on the secret) won't realize that Adam is really He-Man.I know that companies always want to get more mileage out of their tooling dollars, so being able to slap a new head on He-Man and sell another figure is an easy win. Now that Mattel has revealed that they're doing their own vintage styled line (possibly called Masters of the Universe Origins), it seems we have an answer as to why Mattel has apparently been fairly controlling about what Super7 is allowed to make in this toyline. Apparently, Super7 is mostly limited to the Fimation license. That's not too limiting, though, although there are far fewer He-Man variants in that cartoon. Probably why we got Robot He-Man so soon, huh? Let's check him out after the break... 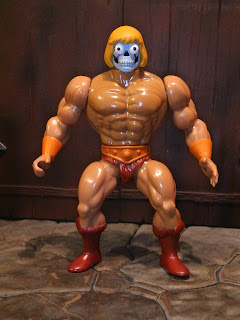 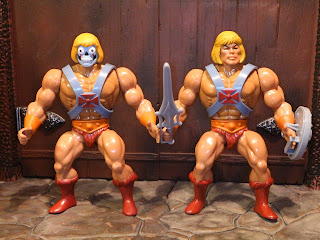 * On the left is Robot He-Man while Super7's standard He-Man is on the right. As you can tell, these are exactly the same figure with different heads. If you have one, you largely have the other. Still, since I never reviewed the original, I'll be giving Robot He-Man the full rundown. 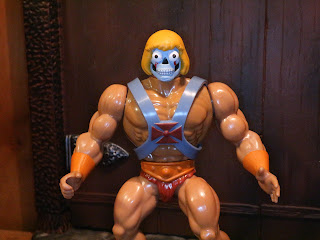 * The point of this line is to give collectors 5.5 inch vintage styled He-Man figures that represent characters from the Filmation cartoon. It's a cool idea and once you realize that these aren't intended to be 100% Filmation accurate, you'll be happier. They do look like what we might have seen in MOTU if Mattel had based the MOTU toys on the cartoon, and not the other way around. They're big and bulky, just like you remember. 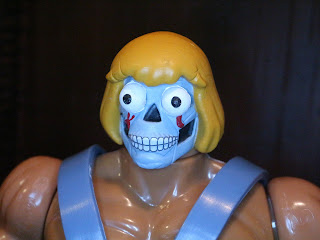 * The Robot He-Man face is creepy as all get out! Yikes! He kind of makes me think of the guy in Poltergeist who hallucinates that he's peeling off his own face, or perhaps one of the aliens from They Live. It's a nice sculpt with good paintwork, but that still doesn't make him any less unsettling. 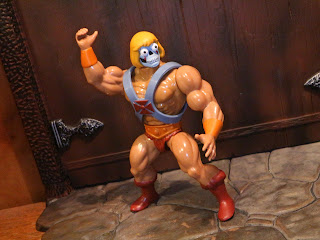 * I had some problems with the legs on Man-At-Arms and Beast Man but I'm not having any problem with He-Man. He seems a lot better and feels more like a vintage figure. He still has the swivel/hinge hips of this line rather than the elastic bands of the vintage toys, but it works. If you liked the vintage toys you'll like this. 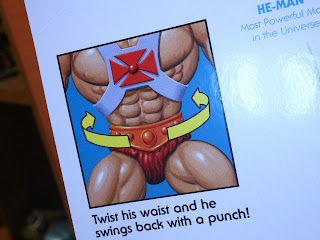 *  All of Super7's neo-vintage figures feature spring loaded swivel waists. I still have no idea what sorcery causes these figures to be able to punch like this but it works pretty well. It's fun to have a genuine action feature in a MOTU figure again, allowing Robot He-Man to punch and slice his foes with just a turn of the waist. 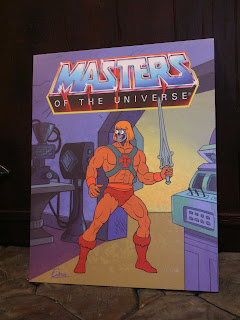 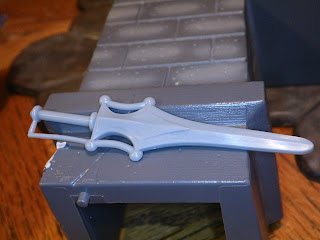 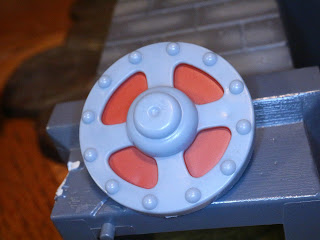 * He-Man also comes with a shield. This wasn't something he used often in the Filmation cartoon (only once, actually, in "She-Demon of Phantos") but it's still something I'm sure a Filmton inspired vintage He-Man toy would have included. It looks pretty accurate to the vintage shield, though, and is pretty much the same size, too. 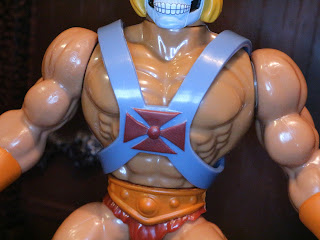 
* He-Man comes in a harness that looks like his Filmation counterpart but there is just something about the fit of it that seems off to me. It looks like it sets too low on his chest and thus just looks odd to me. 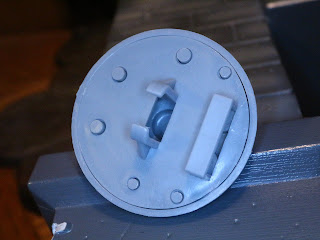 * The shield is made from two different pieces, which wouldn't be a problem in and of itself, but the fact that it comes off so easily is pretty frustrating. Also, it just doesn't fit on He-Man's left hand terribly well. The clasps are a bit too hard, so be careful. 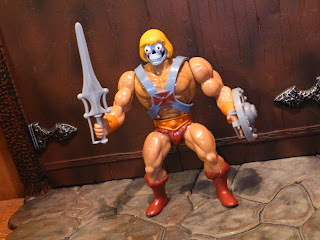 If you're a fan of the vintage style of Masters of the Universe then Robot He-Man is another solid figure. What's quite cool about him is that while most of the recent vintage releases in this line have been Filmation styled redos of characters from the original line, Robot He-Man is actually a unique character not featured as a vintage toy. Yeah, he isn't Faker, in case you're wondering. He's a Great figure with all of the fun extras this line comes with. He might be a simple head swap, but he's a fun one.

While Robot He-Man isn't He-Man, he's definitely a decoy or He-Man variant.  He-Man/ Prince Adam is one of my favorite characters and I've reviewed quite a few toys of him: The Series 3, Series 2 and Series 1 M.U.S.C.L.E. He-Man and Prince Adam minifigures, plus the Masters of the Universe Classics Galactic Protector He-Man, the future King He-Man, Laser Power He-Man, Snake Armor He-Man, and Flying Fists He-Man, the Super7 Prince Adam (Laughing) exclusive and Ultimates Filmation He-Man, the Mega Construx He-Man from the Battle for Eternia Collection and the He-Man from the Wind Raider Attack set, the orange Micro Vinyl He-Man, the 200x He-Man minifigure from the first Heroes vs. Villains Gift Pack, the ReAction Slime Pit He-Man, the Mondo 1/6th scale He-Man, and the Funko VYNL Prince Adam + Cringer set.

For more Masters of the Universe figures from Super7 check out the following:
Beast Man
Man-At-Arms
Possessed Skeletor
Posted by Barbecue17 at 6/21/2019